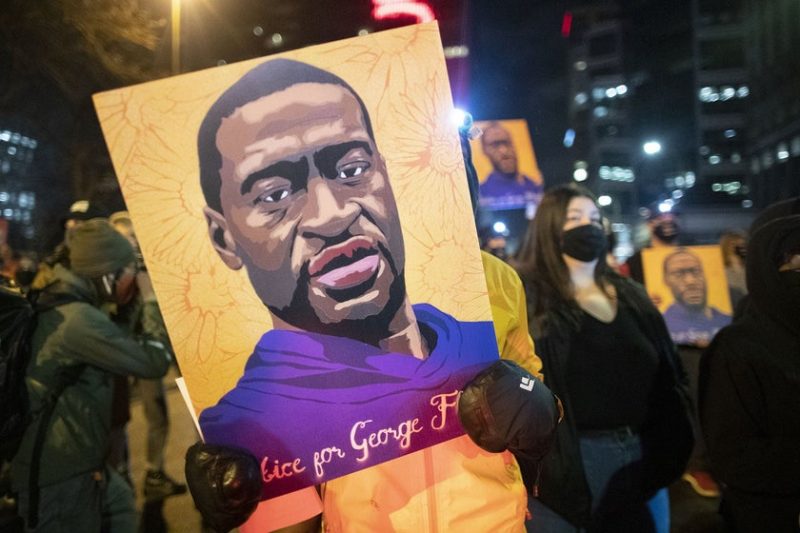 Republicans are out of the mainstream on race. By William Saletan / Slate

On the Chauvin trial, civil rights, and acknowledging discrimination, GOP voters don’t line up with the rest of the country. Americans are divided in their views on the killing of George Floyd. But the biggest division isn’t along racial lines. It’s between Republicans and everyone else. This week, in an Economist/YouGov poll, 64 percent of Americans said police were “not justified in the amount of force they used” in Floyd’s arrest, but only 41 percent of Republicans agreed. Most Americans said former Minneapolis police officer Derek Chauvin should be convicted of murder, but only 31 percent of Republicans agreed. Read more

Related: Republicans got the Supreme Court they wanted: That will change America forever. By Amanda Marcotte / Salon 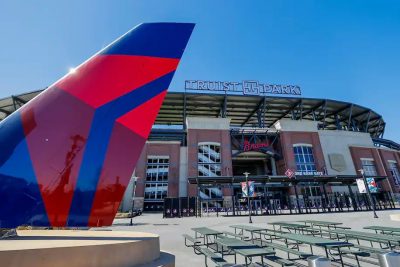 Why corporate America is declaring independence from the GOP. By Michele L. Norris / Wash Post

If you want a sense of the endgame in the ongoing showdown between aggrieved Republicans and corporate leaders willing to criticize the party’s efforts to roll back voting rights, just flip on your TV and watch the ads. The outcome is easy to see in the stream of multicultural and often mixed-raced families buying cars, taking vacations, planning their retirements, doing laundry and laughing at the dinner table. Read more

Related: The Marriage Between Republicans and Big Business Is on the Rocks. By Thomas B. Edsall / NYT 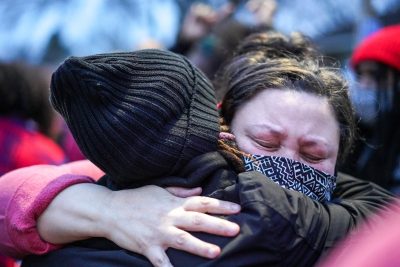 The Shooting of Daunte Wright and the Meaning of George Floyd’s Death. By Jelani Cobb / The New Yorker

George Floyd Square, the intersection in Minneapolis where Floyd died, last May, features a mural that says “You Changed the World, George.” And, in the eleven months since Floyd’s agonizing death, captured on video, we have seen changes ranging from mercenary corporate endorsements of the phrase “Black Lives Matter” to personal reckonings with the role of race in American society as well as substantial legislative and policy changes regarding policing. Read more

Related: Unequal Justice: What We Can Learn from the Derek Chauvin Trial. By Bill Blum / The Progressive 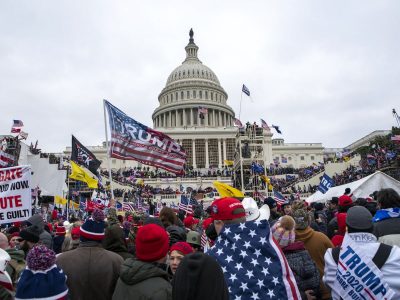 A new report by the Capitol Police’s watchdog reveals officials knew Congress was the target of the deadly January 6th insurrection, yet officers were instructed to refrain from deploying a more aggressive response that could have helped, quote, “push back the rioters.” For more, we turn to a new film called American Insurrection, that explores how far-right groups were emboldened and encouraged by former President Trump, and what the fears and concerns are, going forward. The documentary by Frontline premiered Tuesday on PBS.  This is the trailer. Watch here

Related: Right-wing propaganda is annihilating the truth about Jan. 6 — Democrats must fight back. By Chauncey Devega / Salon 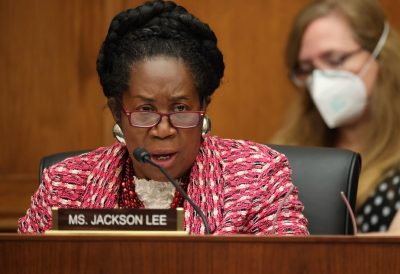 A bill that would establish a commission to develop proposals and a “national apology” to help repair the lasting effects of slavery is moving closer to a vote in the House. The legislation has been stalled in the House for nearly 30 years, but the idea of reparations for African Americans has gained new traction amid a racial reckoning in this country. The House Judiciary Committee is expected to mark up the bill and hold a vote on Wednesday. If it is reported out of committee, the legislation will receive its first floor vote since former Democratic Rep. John Conyers first introduced it in 1989. Read more 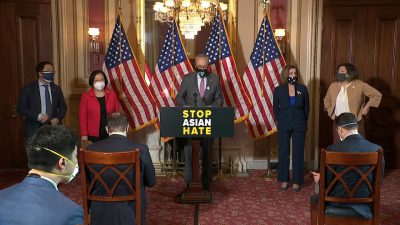 Senate leaders are poised to move ahead Wednesday on a rare bipartisan effort aimed at investigating and halting hate crimes against Asian Americans amid the coronavirus pandemic. Both sides cautioned that the tentative framework could still fall apart, but senators signaled a willingness to merge various proposals that could lead to bipartisan passage of a bill by the end of the week. Such passage would be highly unusual in a chamber that has been dominated in recent months by a presidential impeachment trial and the Democrats’ party-line passage of a $1.9 trillion pandemic relief bill. Read more 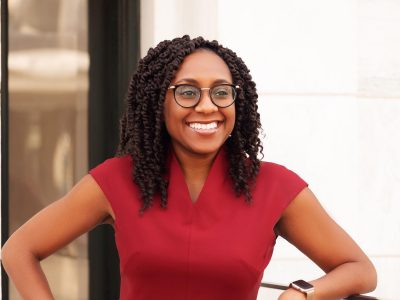 The U.S. economy added more than 900,000 jobs last month. For most White House officials, that would be considered a banner number. For Janelle Jones, the top economist at the Labor Department, there is much more work for the Biden administration to do. Jones, the first Black woman to ever hold her position, says it would take a year of similar jobs reports just to get back to where the economy was before the pandemic. But even then, she says, getting back to the status quo is not enough. Read more 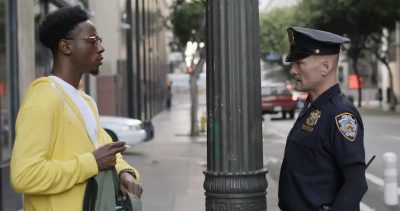 We’re stuck in a loop of death until we address policing. This Netflix short showcases that.  Michele L. Norris / Wash Post

What if the best day of your life was also the worst — the day you meet the love of your life, and then, a few hours later, you meet a cop who guns you down? And, what if you experience that day over and over again. Kisses and hugs, French toast and giggles, and then boom, you’re dead, with a cop standing over your body. That’s the premise of an Oscar-nominated Netflix short titled, “Two Distant Strangers.” The film, written by actor and comedian Travon Free, centers around Carter James, a smart and witty Black urban hipster repeatedly reliving the same day as he wakes up in bliss, then reluctantly leaves his new sweetheart to head home to feed his dog. Or at least, he tries to head home. In the course of the 32-minute film, he keeps meeting the same menacing White cop who always assumes he must be hiding something in his backpack. Read more and watch the trailer here 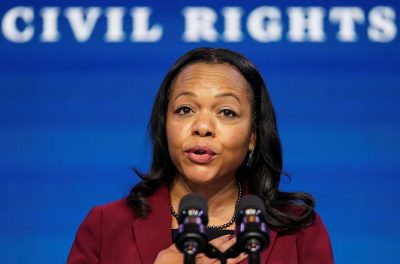 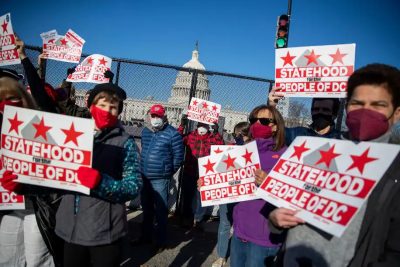 Rep. Pat Fallon came to the hearing armed with 150 years of census data, and when it was his turn to speak he turned to D.C. Mayor Muriel E. Bowser. “Do you believe that Washington, D.C., has been historically denied statehood based on racial grounds?” the Texas Republican asked, hours into the House Oversight and Reform Committee hearing on March 22 over whether to make D.C. the 51st state. The report, “Democracy Deferred: Race, Politics, and D.C.’s Two-Century Struggle for Full Voting Rights,” brings to the surface a trove of overtly racist ideas about D.C.’s incapability to govern itself dating from Reconstruction — when Black men gained the right to vote — through the civil rights movement, when the city finally won limited home rule. Read more 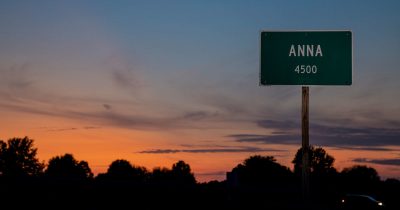 Life in Anna, Illinois, a Former ‘Sundown Town.’  By Logan Jaffe / The Atlantic

I GOT INTO TOWN JUST AFTER SUNSET. The lights were on at a place called the Brick House Grill, and if you were out on South Main Street on a Friday night in February, chances are, that’s where you were going. So I went in, too.I took a seat at the bar. A man two stools over from me struck up a conversation. I told him I was a journalist from Chicago and asked him to tell me about this town. “You know how this town is called Anna?” he started. “That’s for ‘Ain’t No Niggers Allowed.’” He laughed, shook his head and took a sip of his beer. The man was white. I am white. Everyone else in that restaurant in Anna was white. Read more 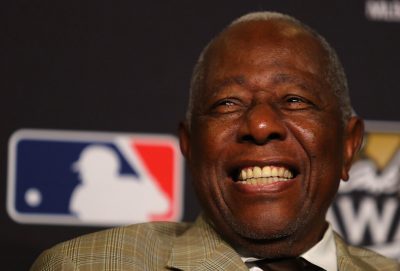 Hank Aaron’s Name Will Replace a Confederate General’s on an Atlanta School. By Neil Vigdor / NYT

A public school in Atlanta carrying the name of a Confederate general who was an original grand wizard of the Ku Klux Klan will be renamed for Hank Aaron, the baseball legend who broke racial barriers and the career home run record. In an unanimous vote on Monday, the city’s school board approved removing the name of Gen. Nathan Bedford Forrest from Forrest Hill Academy and calling the alternative school the Hank Aaron New Beginnings Academy. Read more 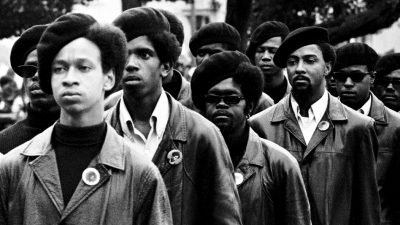 ‘Policing The Police’: How The Black Panthers Got Their Start.  WBUR News

Nearly 50 years ago, in 1966, a group of six black men in Oakland, Calif., came together in an effort to curb police brutality against African-Americans in the city. Because of a quirk in California law, the men were able to carry loaded weapons openly. The Black Panthers, as they became known, would follow the police around, jumping out of their cars with guns drawn if the police made a stop. Read more 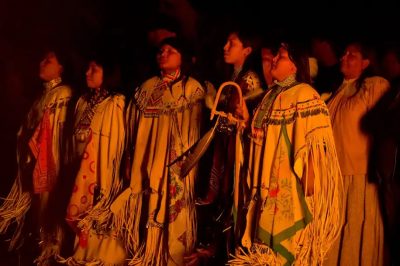 This land is sacred to the Apache, and they are fighting to save it. By Dana Hedgpeth / Wash Post

Last week Deb Haaland, the nation’s first Native American interior secretary, spent three days at Bears Ears National Monument in Utah, another sacred site under siege. She is expected to urge President Biden to restore Bears Ears to at least 1.35 million acres — its size before the Trump administration slashed its protected area by 85 percent. On Tuesday, a House Natural Resources subcommittee will hold a hearing on saving Oak Flat. Like so many sacred Native American sites, Oak Flat is caught in a web of deep history, politics and legal wrangling. Read more 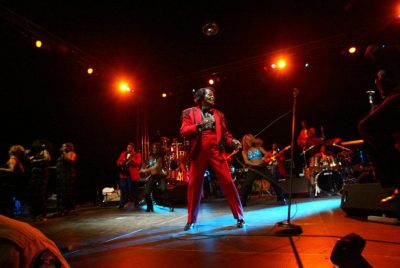 Sounds of Freedom: The Music of Black Liberation. By AAIHS Editors

Conversations in Black Freedom Studies(CBFS) is a monthly discussion series held at the Schomburg Center for Research in Black Culture. Curated by Jeanne Theoharis and Komozi Woodard, the series was established as a space to discuss the latest scholarship in Black freedom studies, bringing the campus and community together as scholars and activists challenge the older geography, leadership, ideology, culture, and chronology of Civil Rights historiography. In anticipation of the discussion on Sounds of Freedom: The Music of Black Liberation, scheduled for May 6th, we are highlighting the scholarship of two of their guests. Read more 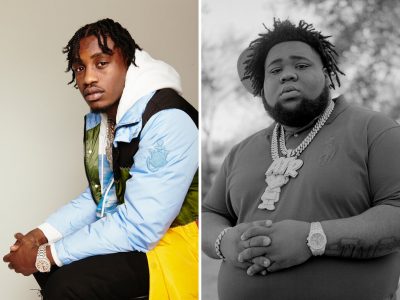 Last week, just after “SoulFly,” Wave’s third album, debuted atop the Billboard album chart, Wave performed “Tombstone” on “The Tonight Show Starring Jimmy Fallon.” Singing on a riverside porch, Wave gave off an air both baptismal and funereal. One week after the release of “SoulFly” came the second album from the 19-year-old Lil Tjay, “Destined 2 Win,” which just debuted at No. 5. Read more 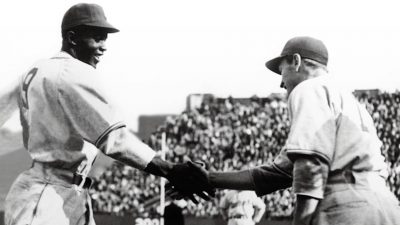 A handshake from a white teammate signaled Jackie Robinson’s arrival in America’s game. By William Weinbaum / The Undefeated

When Mike got home, his father, George “Shotgun” Shuba, pointed at the wall above his recliner to the only memento displayed in the house from his 14-year professional baseball career. “I want you to look up at that photo,” he said to his young son. “That’s me and Jackie Robinson and I want you to understand what it means: ‘You treat all people equal.’ Do you understand?” Read more 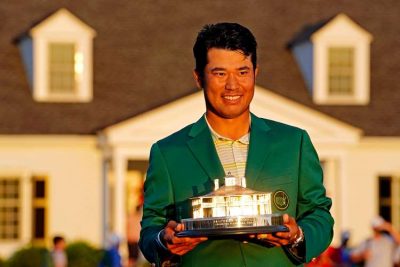 Hideki Matsuyama made history Sunday, becoming the first Japanese male golfer to win a major championship by wrapping up the 2021 Masters title. His history-making win earned kudos from the biggest name in the golf world: Tiger Woods. “Making Japan proud Hideki,” Woods wrote on his verified Twitter account. “Congratulations on such a huge accomplishment for you and your country. This historical @TheMasters win will impact the entire golf world.” Read more 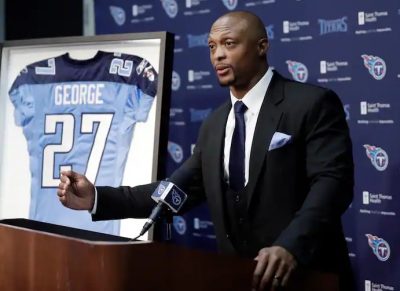 Eddie George, the Tennessee Titans’ former star running back, reportedly has been named football coach at Tennessee State. The coaching job will be the first for George, with Tennessee State following Jackson State, which hired Hall of Famer Deion Sanders as head coach in September. Jackson State is 4-3. Read more