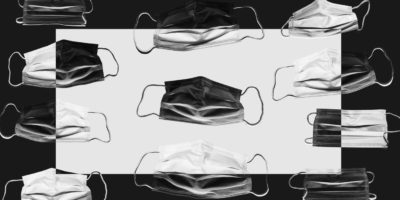 This week on Intercepted: Milwaukee’s Health Commissioner, Dr. Jeanette Kowalik, discusses the Wisconsin Supreme Court’s reckless disregard for public safety as they force the state to conduct in-person voting. Author and scholar Dr. Ibram X. Kendi, author of “How to Be Antiracist,” discusses what the data tells us about race and coronavirus in America. He draws historical parallels between the Trump administration response and the Mississippi flood of 1927 and analyzes what it means for the U.S. to have to choose between Donald Trump and Joe Biden. Fired Amazon worker Christian Smalls responds to the company’s smear campaign organized against him during a meeting attended by the wealthiest person in the world, Jeff Bezos. And Intercepted listeners share their stories of struggle during the pandemic. Must Listen

And see, Wisconsin’s black and student populations at highest risk of voter purges. By Erin McCormick, Spenser Mestel and Sam levine / The Guardian

SCOTUS Just Set the Stage for Republicans to Steal the Election. By Elie Mystal / The Nation

In a 5-4 decision, the Supreme Court blocked Wisconsin from extending the absentee voting deadline, disenfranchising thousands and creating a terrible precedent. Three weeks ago, I wrote that the real threat to the 2020 election is not that Donald Trump will use the coronavirus to try to cancel it but that Republicans will try to steal it, state by state, county by county. Read more

How the Coronavirus Pandemic Intensifies the Fight Over Voting Rights. By Jelani Cobb / The New Yorker

An invisible microbe has illustrated, more than any of the other serial debacles of the Trump era, the immense dangers posed by a President with Trump’s limitations. It’s possible that his abysmal handling of the crisis will tank his reëlection chances. But it’s also worth considering the possibility that the same microscopic antagonist could facilitate a tide of voter suppression that would help him keep his job, even as he demonstrates how unfit he was for it in the first place. Read more

Covid-19 is ravaging black communities. A Milwaukee neighborhood is figuring out how to fight back. By Robert Samuels / Wash Post

When the governor issued policies to encourage residents to stay at home, she and many others in her community simply could not. They could not Zoom in to their spots on the assembly line or at the nursing home. They needed to travel to get groceries and gas, because options in the neighborhood were few. Each interaction, every step they had to take to maintain their livelihood, carried a great risk. Read more

Also see, ‘Those numbers take your breath away’: Covid-19 is hitting Chicago’s black neighborhoods much harder than others, officials say. By Meagan Flynn / Wash Post

Black America must wake up to this viral threat. By Van Jones / CNN

At the start of any pandemic, early information can mislead. Unfortunately, for vulnerable populations, false assumptions can have deadly consequences. African Americans are about to learn this awful truth — in devastating ways. Two data points converged at the start of this crisis to make a lot of black folk shrug and think, “Coronavirus is not our problem.” Read more and listen

Social Distancing Is a Privilege. By Charles M. Blow / NYT

People like to say that the coronavirus is no respecter of race, class or country, that the disease Covid-19 is mindless and will infect anybody it can. In theory, that is true. But, in practice, in the real world, this virus behaves like others, screeching like a heat-seeking missile toward the most vulnerable in society. And this happens not because it prefers them, but because they are more exposed, more fragile and more ill. What the vulnerable portion of society looks like varies from country to country, but in America, that vulnerability is highly intersected with race and poverty. Read more

Deaths of Inequality: AOC on Black and Latinx Communities at Epicenter of Epicenter of the Pandemic. By Amy Goodman / Democracy Now

The silver lining in the coronavirus cloud is that it has altered policing in urban areas.  The rough treatment that many minority group members routinely experience – random stops and frisks, arbitrary arrests, excessive force- is on the wane.  The police are chilling out not because their regular methods are unconstitutional or bad for their relationship with the community, although both of those are true.  Cops are keeping their hands off people to avoid exposure to the coronavirus.  Who knew social distancing could advance racial justice?  Read more

Health experts say jails are a petri dish for the spread of the virus and could lead to mass deaths as people are physically unable to separate themselves from one another. Los Angeles County has the largest jail system in the country, housing nearly 17,000 inmates. Read more

The CDC must end its silence on the racial impact of covid-19. By Spencer Overton / Wash Post

The Centers for Disease Control and Prevention is not providing nationwide data about covid-19’s impact on African Americans, Latinos or other racial and ethnic groups. The CDC customarily reports such data, but it has not done so with covid-19. Many states and counties are also not publishing the information. As of Tuesday, the CDC had not responded to inquiries about whether it has the demographic data and isn’t releasing it, or simply isn’t tracking the information. Read more

Reporters in the state learned of the proclamation after the neo-Confederate group Mississippi Sons of Confederate Veterans posted a copy of the document on Facebook, according to the Jackson Free Press. “God bless the Confederate Soldier. He shall never be forgotten,” the group said. The proclamation was signed on April 3, two days after Reeves reversed course on his opposition to a statewide lockdown and issued a stay-at-home order. The state has reported more than 1,700 confirmed cases of the coronavirus and 51 deaths. Read more

Asian Americans are using social media to organize and fight back against racially motivated attacks during the pandemic, which the FBI predicts will increase as infections grow. A string of racist run-ins in the last two weeks has given rise to hashtags — #WashTheHate, #RacismIsAVirus, #IAmNotCOVID19 — and online forums to report incidents. Critics say President Donald Trump made things worse by calling COVID-19 the “Chinese virus.” Read more

Also see, The long history of US racism against Asian Americans, from ‘yellow peril’ to ‘model minority’ to the ‘Chinese virus.’ By Adrian De Leon / The Conversation

It takes just a couple of minutes to upload one’s work to Kindle Direct Publishing (KDP), Amazon’s self-publishing arm; the ebook then shows up in the world’s largest bookstore within half a day, typically with minimal oversight. Since its founding more than a decade ago, KDP has democratized the publishing industry and earned praise for giving authors shut out of traditional channels the chance to reach an audience that would have been previously unimaginable.  It has also afforded the same opportunity to white supremacists and neo-Nazis, an investigation by ProPublica and The Atlantic has found.  Read more

LeBron’s new documentary tells the story of his I Promise School in Akron. By Jessie Washington / The Undefeated

A sobering fact is buried beneath the avalanche of accolades LeBron James received for starting the I Promise School in his hometown of Akron, Ohio: Every child in the school has serious problems. All of them arrived with reading deficiencies, and overall academic scores in the bottom 25% of the school district. Some of the children were homeless, or had medical problems, or fractured families. They had experienced drug raids or the violent death of siblings. These traumas are the root causes of their academic struggles and provide deeper meaning to I PROMISE, a documentary series released Monday on the new short-form content platform Quibi. Read more

Relive the night Buster Douglas shocked the world by knocking out Mike Tyson. By USA Today

Mike Tyson lies flat on his back after being decked by challenger James “Buster” Douglas during the 10th round of one of the biggest boxing upsets of all time. Douglas turns 60 years old on April 7. 10 photos. View here