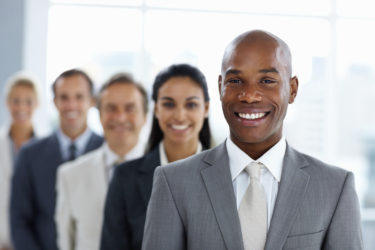 Blacks who work in corporate America feel marginalized, find it exhausting to be authentic on the job, are often overlooked for promotions, endure subtle racism at work and remain virtually nonexistent in upper management roles, creating an unsettling workplace, according to a study published this week. The study — Being Black In Corporate America: An Intersectional Exploration — was conducted by the National Opinion Research Center, at the University of Chicago under the auspices of the Center for Talent Innovation, a nonprofit research organization. Read more

For months, Andrew Yang and his supporters have criticized the news media for not paying more attention to his presidential campaign. In an interview with NBC News, Yang said he thinks his race may have something to do with it. “Race might enter into it in the sense that my candidacy seems very new and different to various media organizations,” said Yang, who is Asian American. “I think you can make an argument that it’s somehow intersecting with some other dynamics.” Read more

Why White Iowans Want a Nominee Who Can Appeal to Nonwhite Voters. By Sydney Ember / NYT

In the first nominating state, many Democrats feel a responsibility to identify a candidate who can win in states more diverse than their own. They share awkward glances at events where nearly everyone looks like them. They take comfort in reminding one another that they propelled Barack Obama to the White House. They swear that their values and priorities are representative of more than a Corn Belt farm state. Read more

Her father was called ‘the most dangerous racist in America.’ She wants a different legacy for her sons. By John Blake / CNN

Peggy Wallace Kennedy was 8 years old when she got her first glimpse of the troubling future that awaited her. She was living in Clayton, Alabama, then a tiny segregated town in the Jim Crow South. Her father was George Wallace. Kennedy has plenty to say today. In her new memoir, “The Broken Road: George Wallace and a Daughter’s Journey to Reconciliation,” she recounts what it was like to grow up as the child of a man the Rev. Martin Luther King Jr. once called “the most dangerous racist in America.“ Read more

Professing his belief in redemption, Kentucky Gov. Andy Beshear signed an executive order Thursday to restore voting rights for more than 140,000 nonviolent offenders who have completed their sentences. The new Democratic governor was surrounded by voting-rights supporters in the state Capitol Rotunda as he signed the order on his third day in office, fulfilling a campaign pledge. Read more

After months of negotiation, Congress gave final approval Tuesday for a bill promising to restore more than $250 million a year to the nation’s historically black colleges and universities, along with other institutions that teach large shares of minority students. The House voted 319-96 in favor of the legislation, and the Senate voted hours later to approve final changes to the bill. It will save a source of funding that expired at the end of September and now make it permanent, bringing relief to scores of schools that were bracing for the possibility of deep budget cuts. Read more

News of President Trump’s recent executive order to combat anti-Semitism on college campuses set off a firestorm online. To use Title VI of the Civil Rights Act to fight discrimination against Jews, Jews would have to be defined under that law as a nationality or a race, since Title VI does not address discrimination against religious groups. But the vast majority of Jews in the United States do not see themselves as a separate nationality or a race. In most polls, they describe their Jewishness as a cultural or religious identity, or simply as a matter of heritage, while their nationality is American. Read more

After first saying that a deadly rampage at a New Jersey kosher market was random, the authorities disclosed on Wednesday that one of the two attackers had published anti-Semitic posts online and had, in fact, targeted the site. He was also a follower of the Black Hebrew Israelite movement, a fringe religious group that has expressed hostility to Jews, officials said. A rambling religious manifesto was found inside the suspect’s rental van. Read more

The Secret of Saving the Lives of Black Mothers and Babies. By Lisa Rab / Politico

According to the Centers for Disease Control and Prevention, black women across the country are 320 percent more likely to die from pregnancy-related complications than white women. In Buncombe County, where Asheville is located, black babies were nearly four times as likely as white babies to die before their first birthday. These woeful statistics cut across economic and educational lines, as pregnant black women with a college degree die at five times the rate of their white counterparts. Read more

Shown is Madison Anderson, of Puerto Rico, and Zozibini Tunzi, of South Africa, the final two contestants in the Miss Universe pageant at Tyler Perry Studios in Atlanta on Dec. 8, 2019. Tunzi was crowned, Miss Puerto Rico became the first runner-up and many Puerto Ricans, angry their entrant had not won, expressed their disappointment via social media — and showed people’s authentic souls, which were racist instead of beautiful. Read more

In 1921 Coleman became the first black woman in the United States to earn a pilot’s license, then barnstormed around the country thrilling audiences and inspiring later generations. She learned how to fly in France after no pilot in the United States would give her lessons. Read more

The African-American novelist journeys to Ghana, once a hub of the trans-Atlantic slave trade, as the nation invites descendants of enslaved Africans to call it their “home.” But can you go home again? Read more

After 25 years on the air, radio legend Tom Joyner signs off. By Leah Asmelash / CNN

Tom Joyner, host of the beloved “Tom Joyner Morning Show,” is signing off — he completed his last radio show Friday morning after about 25 years. The iconic radio host, who was heard every day by millions of listeners, is retiring. “Twenty-five years ago, there was no template for a syndicated Urban radio show and we worked hard to prove that we could successfully produce and market a national platform that would entertain, inform and empower African-American listeners,” he said in a statement. Read more

The NFL’s Bobby Wagner Negotiated His Own $54 Million Deal. Now The 30 Under 30 Linebacker is Tackling Startups. By Zack O’Malley Greenburg / Forbes

Last year Wagner joined the likes of Diddy, Shonda Rhimes and Durant as investors in Andreessen Horowitz’s Cultural Leadership Fund, which is made up of African American leaders outside Silicon Valley and donates all profits to organizations promoting diversity in tech. The fund contains investments in startups ranging from camping marketplace Hipcamp to Lime scooters. Read more

The NFL and Colin Kaepernick are done with each other. By Jason Reid / The Undefeated

The NFL was as interested in evaluating Kaepernick’s mindset about rejoining a roster as it was in gauging his ability to still make all the throws on the route tree. On the former, Kaepernick provided the wrong answer by pushing back against the league’s workout parameters, rendering his still-impressive arm strength moot. The NFL learned what it truly deemed most important: If let back in, Kaepernick would come only on his terms. And for the league, that is a nonstarter. Read more

A Florida Family Saga, Told In ‘Waves’ Of Healing And Heartache. By Justin Chang / NPR

The emotionally turbulent drama Waves revolves around an African American family living in South Florida. Writer-director Trey Edward Shults has a gift for turning dramatic ideas into visual ones. Waves is his grandest and most ambitious picture yet, but like his earlier features, Krisha and It Comes at Night, it’s about the fragility of the American family. Shults’ style has some of the raw, ragged intimacy of John Cassavetes, but also the dreamy poetry of Terrence Malick, whom he worked with years ago. His camera is alive to the lush beauty and sweltering heat of his Florida setting, and it’s magnetized by the intense physicality of his actors. Read more