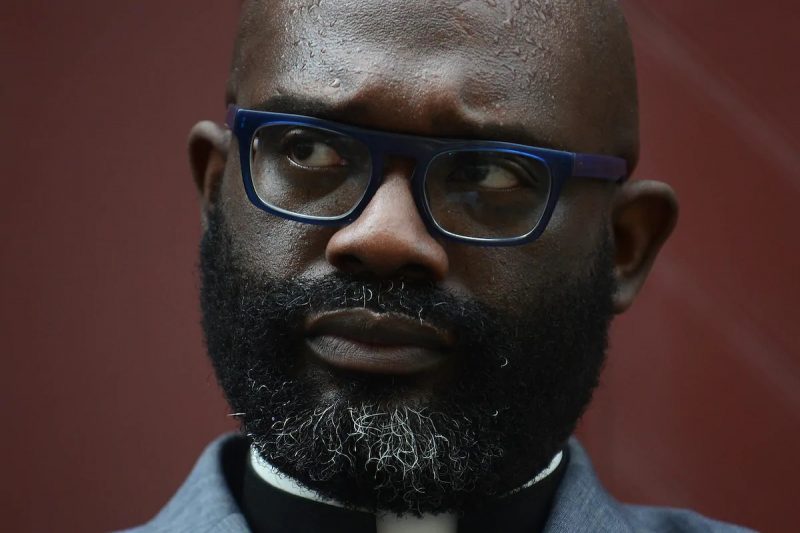 The Rev. William H. Lamar IV is the pastor of the Metropolitan African Methodist Episcopal Church in Washington.

Myths, stories, give our lives meaning. They tell us who we were, who we are and who we will be. The myth of the American imperium is deeply rooted in falsehoods and forgetfulness, in intentional historical amnesia and obfuscation. Liberty was not the founding American impulse; genocide was. The blessing of God did not secure this nation’s prosperity. The forced labor of my ancestors did. The founders were not committed to a republic or a democracy. They were committed to a racialized plutocracy led by propertied White males. Read more

Related: The Proud Boys really thought they could terrorize our city. As if. By Colbert I. King / Wash Post 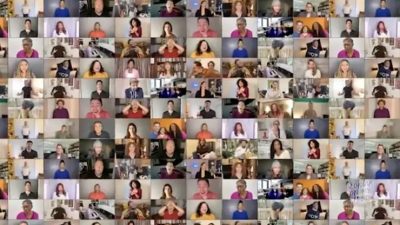 Watch “Rock the Runoff: Broadway for Georgia performs “Georgia On My Mind”” on YouTube

“Georgia On My Mind” is the charity single sung by Broadway for Georgia, an all-star group of artists who started their careers in the theater. The single was created to bring awareness to the Senate run- off happening January 5th, 2021. Watch here 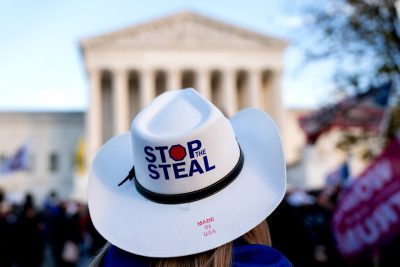 Donald Trump’s continued effort to overturn the result of the election — an effort buttressed by the support of many Republicans in Congress, it should be noted — is nothing short of an attempt at a bloodless coup. The only way Trump could achieve his aim of denying Joe Biden his rightfully earned victory would be if some people or entities — state legislatures, judges or the Supreme Court — were to agree to throw out millions of legally cast and appropriate votes. (It is also worth noting that many of the jurisdictions being disputed are heavily Black.) Read more

Related: Trumpism is Republicanism in a MAGA Hat. By Michael Harriot / The Root 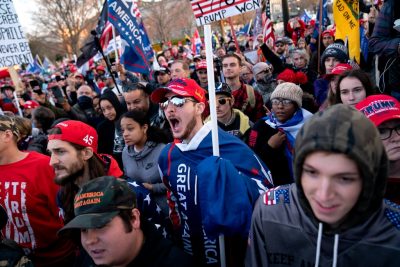 America, We Have a Problem. The rise of “political sectarianism” is putting us all in danger. By Thomas B. Edsall / NYT

On Oct. 30, a group of 15 eminent scholars (several of whom I also got a chance to talk to) published an essay — “Political Sectarianism in America” — arguing that the antagonism between left and right has become so intense that words and phrases like “affective polarization” and “tribalism” were no longer sufficient to capture the level of partisan hostility. Read more 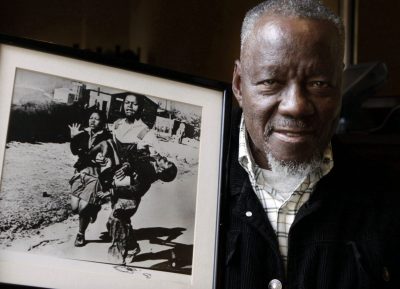 What Can America Learn From South Africa About National Healing? By David Marchese / NYT

Twenty-five years ago, after the end of apartheid, South Africa established its Truth and Reconciliation Commission. The commission’s subsequent public hearings were an attempt to provide victims of the country’s brutal white-nationalist regime a healing forum in which to tell their stories and also be told the truth — by perpetrators, often speaking in exchange for amnesty — about what happened to loved ones who were killed or disappeared. Read more 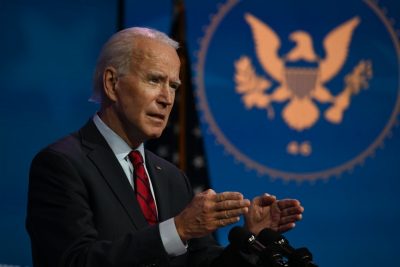 How Biden Distributes the Vaccine Will Define His Presidency. By Walter Shapiro / The New Republic

As the president who will be in charge of the rollout of the Covid-19 vaccine for almost all Americans, Joe Biden could preside over the greatest public health victory in our nation’s history. Or the new president could become a victim of what might be called the Gavin Newsom Syndrome. Read more 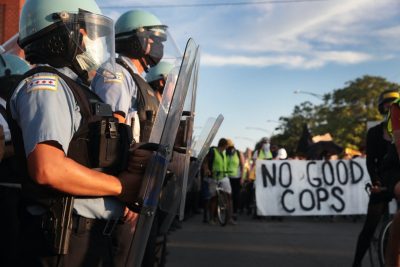 What Black People Really Think About the Police. By Shom Mazumder / The New Republic

Related: What Obama gets wrong on ‘defund the police.’ By Austin McCoy / CNN 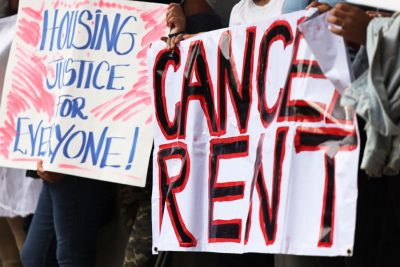 As Covid-19 continues to wreak havoc on the nation, it is exacerbating long-existing racial disparities in housing — and those disparities mean that ultimately, even more people could get sick. The expiration of the federal eviction ban at the end of the month will disproportionately hurt Black and Latino tenants, financially hobbling them for years and ensuring that the United States’ staggering racial wealth gap won’t narrow anytime soon. Read more 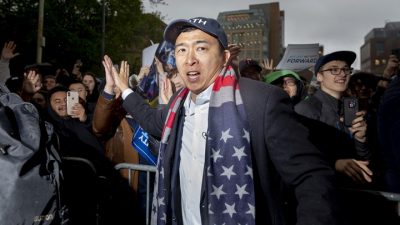 What the Asian-American Coalition Can Teach the Democrats. By
Viet Thanh Nguyen / NYT

In coalition politics, every part of the coalition matters, especially when elections are close. For Democrats, Asian-Americans are suddenly crucial: They are the fastest-growing racial or ethnic group in the U.S. electorate, constituting 4.7 percent of the voting population — enough to make a difference in the presidential contest in Georgia, where Joe Biden won by some 12,000 votes. Nationally, Asian-Americans voted for Mr. Biden over Donald Trump by a ratio of about 2 to 1, according to exit polls, marking a decades-long shift toward the Democratic Party. Read more

Related: A year of loss, heartache, looming eviction — and rescuing itself — for Chinatown. By Claire Wang / NBC News 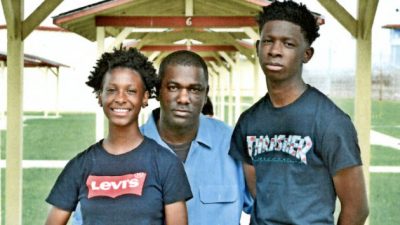 Hundreds of Black People Are in Prison for Life Even Though Some Jurors Thought They Were Innocent. By Samantha Michaels / Mother Jones

White supremacists devised Louisiana’s split-jury rule during an 1898 constitutional convention, hoping to make it easier to convict Black people. One newspaper endorsing the change reportedly wrote that the rule would remove the need for “popular justice,” a euphemism for lynchings. And the measure was effective: In Louisiana, about 80 percent of people serving time today because of split-jury convictions are Black. Nearly two-thirds of them were sent to prison for life without the possibility of parole. And at least dozens of them were originally sentenced as children. Read more 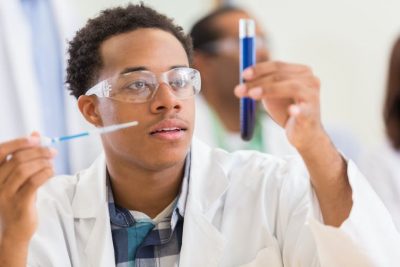 Racial stereotypes drive students of color away from STEM, but many still persist. By Ebony O. McGee / The Conversation 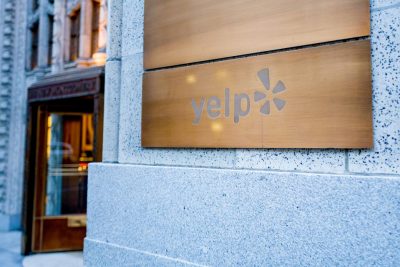 Yelp announced on Tuesday that it will deposit just under 2% of its cash reserves, or $10 million, into financial institutions that support Black and underserved communities in the U.S. The $10 million will be divvied up among three banks. About $2.5 million will go to the New York-based Carver Federal Savings Bank, which provides nearly 75% of its loan capital to minority- and women-owned business enterprises in low- to moderate-income communities. Read more 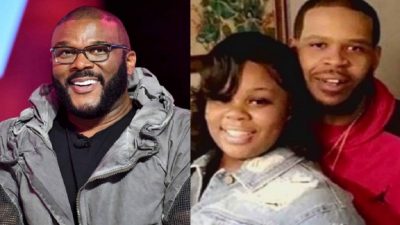 Tyler Perry has donated $100,000 to the legal defense fund of Breonna Taylor’s boyfriend, Kenneth Walker, after police fatally shot Taylor inside her apartment earlier this year. One of the Louisville Police Department officers who was wounded during the shooting of the 26-year-old Black emergency medical technician is suing Walker. Read more 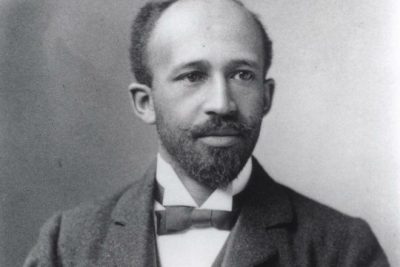 W.E.B. Du Bois Is as Relevant as Ever. By Norman Stockwell / The Progressive

Elvira Basevich’s new book takes a look at the scholar’s work through the lens of the Black Lives Matter movement. In  W.E.B. Du Bois: The Lost and the Found, a new monograph for the Polity Press series “Black Lives,” poet and assistant professor of philosophy at the University of Massachusetts Lowell Elvira Basevich offers insights and context that clearly show how relevant and important Du Bois’s work is in the context of twenty-first century anti-racism work. Read more 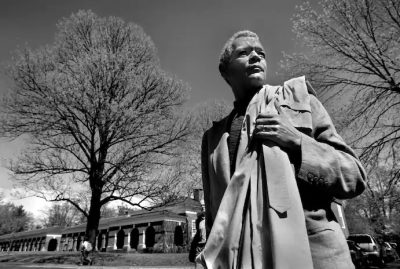 D.C. Public Schools is deliberating new names for Woodrow Wilson High School. The criteria set forth by DCPS state that any individual under consideration must have made a significant contribution to society. The new name also should inspire the students, our city and the nation and reflect the school’s commitment to producing graduates who are committed to building an America as good as its ideals. In this regard, I can think of few individuals who better meet these criteria than Julian Bond. Read more 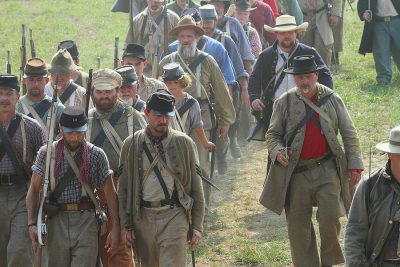 Cowboy Confederates. The ideals of the Confederate South found new force in the bloody plains of the American West. By Jefferson Cowie / Dissent

The historian Heather Cox Richardson also finds the connection between South and West troubling—but accurate. In How the South Won the Civil War, Richardson shows how once-defeated ideas and politics stayed alive and then flourished by moving west. “In the West,” she writes, “Confederate ideology took on a new life, and from there, over the course of the next 150 years, it came to dominate America.” White Southerners continued their resistance to federal incursions on white supremacy through a geographic shift to what they saw as “the only free place left in America.” Read more 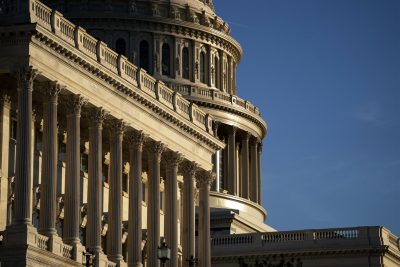 Supporters of the National Museum of the American Latino are making another attempt to get Congress to pass a bill to establish its creation. Republican Sen. Mike Lee of Utah blocked voice votes to create a Latino museum and a women’s history museum last week, spoiling years of effort. The Congressional Hispanic Caucus sent a letter Monday to House and Senate leaders urging them to include the National Museum of the American Latino Act, HR 2420, in the $1.4 trillion spending bill that Congress is trying to agree on to prevent a government shutdown. The act only starts the process for the museum, which must include a feasibility study, private fundraising and site location studies. Read more 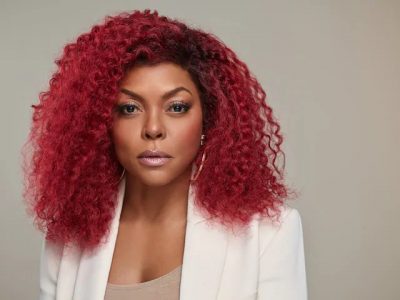 Taraji P. Henson is here to deliver something that can seem in short supply these days: Peace of mind. That’s the name of a new Facebook Watch show the Golden Globe-winning actress and Oscar nominee will debut Monday. A longtime mental health advocate, Henson wants to normalize the conversation around mental health issues, particularly among African Americans who are less likely to seek treatment, and more likely to encounter racial disparities when they do. Read more 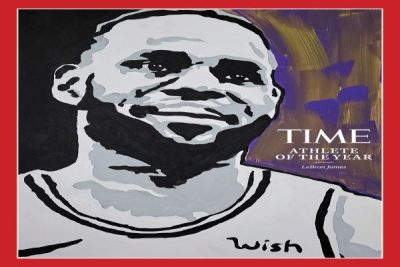 At 11:58 a.m. on June 8, LeBron James logged on to a video call from the living room of his Los Angeles–area home. As the clock hit noon, James, who abhors tardiness, took command of a virtual meeting that included more than 20 top athletes, entertainers and political pros. He set a serious tone: across the country, people were filling the streets to march against racial injustice and demand systemic change. What could this group do about it? On June 23, James launched the nonprofit More Than a Vote, with a single-minded focus on getting more people to the polls. Read more 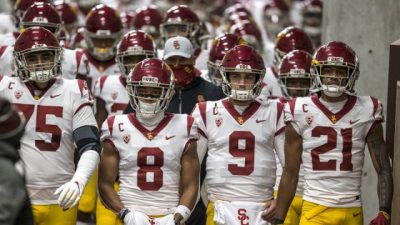 The Supreme Court announced Wednesday it will hear an appeal from the NCAA and 11 of its top-level conferences in a case that challenges the association’s restrictions on the compensation athletes can receive for playing college sports. The justices’ decision to take the case adds a momentous element of uncertainty to an enterprise that has been shaken by state and Congressional legislative efforts concerning not only athletes’ ability to make money from their name, image and likeness, but also the fairness of their overall treatment by the schools for which they help generate billions of dollars annually. Read more 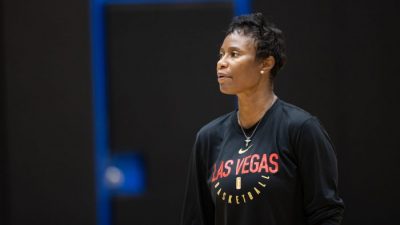 Vickie Johnson and the hope of second chances for Black coaches.

In 2017, Johnson was named the head coach of the San Antonio Stars. In her first season, the team finished 8-26. The losing record wasn’t surprising given San Antonio’s struggles prior to Johnson taking over, but that offseason the franchise was bought by MGM Resorts and moved to Las Vegas. Johnson’s time as a head coach would be halted after a single season. She always knew she was head-coaching material. After spending the past three seasons as an assistant coach with the Las Vegas Aces, Johnson was named the new head coach of the Dallas Wings on Dec. 9. She is one of three Black head coaches in the 12-team WNBA, and the only Black woman head coach. Read more 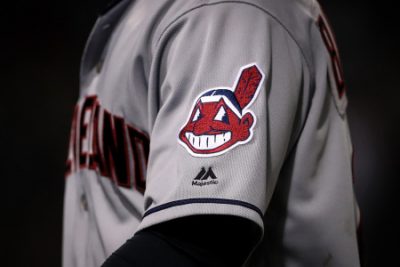 After years of protests from fans and Native American groups, the Cleveland Indians have decided to change their team name, moving away from a moniker that has long been criticized as racist, three people familiar with the decision said Sunday. The move follows a decision by the Washington Football Team of the N.F.L. in July to stop using a name long considered a racial slur, and is part of a larger national conversation about race that magnified this year amid protests of systemic racism and police violence. Read more