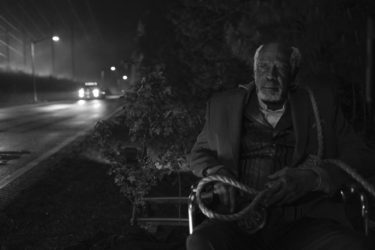 Featured – ‘Watchmen’ Is A Powerful Exploration Of Black Trauma, And Everyone Needs To Watch. By Erin E. Evans / HuffPost

“Watchmen” has asked a lot of its viewers to parse through storylines that leave questions unanswered, to relive traumatic moments from our nation’s history, to confront racism in the guise of a superhero series. In doing so, the HBO show treats white supremacy as a villain of a not-so-distant past, one embedded in present-day institutions and familial histories that inform our day-to-day lives. Sunday’s episode, in particular, is a brilliant and timely look at how generations of Americans have confronted this country’s ugly history with racism and how Black families today have been affected by the racial terror of generations past. Read more

The Powerful Perspective of “Queen & Slim.” By Jelani Cobb / The New Yorker

The implications of the story that Waithe and Matsoukas tell with this film are about a couple on a first date who kill a police officer in self-defense, and their subsequent life as fugitives. Early buzz around the movie pegged it as a “Bonnie and Clyde” tale for the Black Lives Matter set, but that would be an entirely different film from “Queen & Slim.” “Bonnie and Clyde” is the story of two outlaws who are fleeing justice; “Queen & Slim” is a meditation on a system of justice that treats innocent people as outlaws. Read more

Most Americans hadn’t seen Johnson since he fled the country seven years earlier. When he fought on that Thanksgiving afternoon in 1920, Johnson was 43 and at least a decade past his athletic prime. But he was always more than a boxer. The first African-American heavyweight champion and a man unafraid to cross racial lines in his romantic life, Johnson embodied the country’s anxieties over race. His success prompted a backlash from people as high as former President Theodore Roosevelt, who advocated for boxing’s banishment, to those who invited Johnson to Mississippi to show him their brand of hospitality. Read more

Alabama’s Supreme Court ruled unanimously Wednesday that the city of Birmingham broke state law when it ordered plywood screens be placed around the base of a Confederate monument in 2017. The 9-0 ruling by Alabama’s high court reversed a ruling by a lower court that was favorable to the city. Read more

When the Charlottesville City Council voted this month to remove a prominent statue depicting Meriwether Lewis, William Clark and Sacagawea from the city’s downtown core, it marked the third time in three years the city acted to banish a long-standing statue it determined to be divisive, a vestige of racism or culturally insensitive. Read more

A statue of civil rights pioneer Rosa Parks will be unveiled Sunday in downtown Montgomery, an event coinciding with the day in 1955 when Parks was arrested for refusing to give up her seat on a public bus to a white man. Read more

The Death of the Black Utopia. By Brent Staples / NYT

From its modest beginnings in 1825, the village had grown over three decades to include homes, gardens, a school, cemeteries and perhaps as many as 300 residents. By the time it was razed more than 30 years later, the settlement counted several distinguished citizens among its property owners. Nevertheless, real estate interests and their minions in the press set the stage for what the writer James Baldwin would later describe as “Negro removal” by defaming the flourishing enclave as a “shantytown” and a “nigger village.” Read more

Stopping the erasure of Native Americans: Why I want to tell new Indigenous stories. By Sara Sinclair / Salon

When I was sixteen years old, I took what was essentially my first trip to Indian Country. I rode the train north across Ontario and on to Winnipeg. Crowds shuffled in and out at stops in small towns along the way. With each stop, more and more blue- and green-eyed passengers departed until almost all eyes remaining were dark brown. Skin became darker too. I looked around at the other Native passengers for signs of recognition. I remember thinking that they saw in my eyes what few people ever did—that I was one of them. Read more

It’s fall, maybe October, in the early 1900s. On a bustling Manhattan street corner, Lillian Harris Dean stands in a starched gingham dress, her fingers resting on the handlebar of a baby carriage. “Pig’s feet!” she cries to passing neighbors, as she does in a play about her life written by Daniel Carlton. “A taste of down home for your weary bones.” Read more

As the life expectancy of Americans has declined over a period of three years — a drop driven by higher death rates among people in the prime of life — the focus has been on the plight of white Americans in rural areas who were dying from so-called deaths of despair: drug overdoses, alcoholism and suicide. But a new analysis of more than a half-century of federal mortality data, published on Tuesday in JAMA, found that the increased death rates among people in midlife extended to all racial and ethnic groups, and to suburbs and cities. Read more

In this wide-ranging conversation, Johnston explains why the Ukraine scandal should not be a surprise given Donald Trump’s many years of success as a white-collar criminal — skills he learned from his father as well as mentor Roy Cohn. Johnston also highlights how the testimony of Ambassador Gordon Sondland is key in exposing the tendrils of Trump’s and the Republican Party’s betrayal of America and the rule of law. Johnston also details what the articles of impeachment against Donald Trump should include and why the 2020 presidential election is so important if the American people want to protect their democracy and not be fully conquered by a fascist tyrant in the form of Donald Trump — or by a much more dangerous Republican successor. Read more

As a Mexican-American Never Trumper, I wanted to understand these people. Besides, as a journalist who is trained to talk to strangers, the idea of Latinos who support Trump sounded plenty strange to me. So, I went out and interviewed a couple dozen Latinos for Trump. What I found is that, in many cases, these folks are not really Latino at all. They’re “post-Latino.” They see themselves as Americans. They’re ambivalent about their heritage, relatives, ancestors. They don’t take offense when Trump insults Mexican immigrants because — even for Mexican-Americans — they see the people he’s talking about as another species. Read more

Minorities make up the majority of the latest group of U.S. college students to be named Rhodes Scholars, and the class includes the first transgender woman selected for the prestigious program. The Rhodes Trust announced the 32 selections after two days of discussions over 236 applicants from 90 different colleges and universities across the country. Shown is Arille Hudson, University of Mississippi. Read more

If a single word, a simple, sublime idea, can conjure the many-splendored genius of Shawn Carter, better known as rapper and billionaire Jay-Z, it is this: American. On his 2006 album, “Kingdom Come,” made after a short hiatus from recording, Jay-Z guarantees his listeners that “You’re about to experience someone so cold / A journey seldom seen, the American Dream.” Jay-Z is an exceptional product of American exceptionalism, and in telling his own story, he’s placed black hustle firmly in a larger American tradition. Read more

The game desegregating college football in the South happened 50 years ago. By Samuel G. Freedman / The Undefeated

During 1966 and 1967, Gaither cashed in all the leverage and good will he had accumulated with the state government. He privately lobbied the board of regents, which oversaw state universities including Florida A&M, to allow his Rattlers to play a white team. Gaither found an ally in the young, newly hired head coach at Tampa. Shown is Florida A&M Rattlers coach Jake Gaither with Florida Gov. Claude Kirk. Read more

It was an occasion worth celebrating as over 100 Africans-Americans and Afro-Caribbeans made it official by becoming Ghana’s newest citizens in a special ceremony Wednesday. One by one, the new citizens crossed the stage to collect their citizenship certificates and shake hands with their new President Nana Afufo-Addo, Quartz Africa reported. Then, a judge administered the oath of allegiance in a moment highlighting The Year of Return 2019, a movement marking 400 years since the first enslaved Africans arrived to the modern-day U.S. Read more