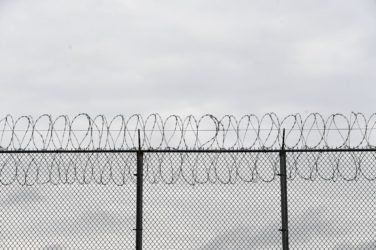 In its first major report, the independent, bipartisan Council on Criminal Justice has found that racial and ethnic disparities in U.S. prisons and jails, as well as in parole and probation populations, declined from 2000 to 2016 — though the gap is far from closed. Across all four observed populations, people of color are still incarcerated and supervised at higher rates than white people. Although the offending rate for black people declined by an average of 3 percent per year, the study found that group’s length of time in the system increased. The study compares white people in the justice system to those who are black or Hispanic and is based on data from the Bureau of Justice Statistics. The ratios presented were adjusted for the racial and ethnic breakdown of the U.S. adult population. Read more

This week, Attorney General William P. Barr honored 19 law enforcement officers selected by the Justice Department for “Distinguished Service in Policing.” Unfortunately, while speaking to the officers, the attorney general showed that he simply does not understand the foundational values of modern American policing. “If communities don’t give . . . support and respect” to law enforcement, he said, “they might find themselves without the police protection they need.” He misses the point that law enforcement is not a protection racket. It is a sacred charge. Read more

The bill is aimed to stop the “school to confinement pathway” and is titled “The Ending Punitive, Unfair, School-Based Harm that is Overt and Unresponsive to Trauma Act.” The Intercept reports it “would establish $2.5 billion in new federal grants for schools that commit to a set of measures aimed at overhauling the ways schools handle discipline. Schools receiving grants would have to agree to rewrite their discipline policies and include students, families, and communities in the process.” Read more

Jamie Harrison knows he’ll need far more than anecdotes in his fight against incumbent Lindsey O. Graham. Harrison touts marquee credentials and deep connections in both South Carolina and Washington. And armed with a record haul of campaign dollars, he hopes to energize not only the state’s nearly 1 million nonwhite voters, but Republican and independent moderates disaffected by Graham’s embrace of President Trump. While he’s facing long odds, Harrison is arguably Graham’s strongest opponent since his first Senate run in 2002. Read more

On Friday, Haley declared the Confederate flag was “hijacked” by the racism of a single white supremacist terrorist in 2015, and that before then, “people saw it as service, sacrifice and heritage.” While perhaps a shrewd statement for a potential presidential run, Haley was not presenting accurate history. Read more

Harris’s campaign was ablaze with potential and possibility. Now, less than a year later, Harris has suspended her campaign. And, the inevitable autopsy articles are flying, attempting to diagnose what went wrong, or what her campaign did wrong. Read more

The Clarence Thomas myth that refuses to die. By John Blake / CNN

It’s the horror movie villain that won’t die, the pop song you can’t get out of your head, the out-of-town guest that just won’t leave. It’s a belief that’s stuck like a tick in the collective memory of some white conservatives. It’s the notion that black people despise Clarence Thomas because he’s a conservative. It’s not only a myth but a con. Here’s why it matters now. Read more 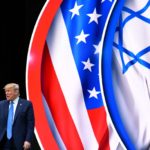 American Jewish groups strongly criticized President Donald Trump for remarks he made at the Israeli American Council’s National Summit in Florida on Saturday, calling the comments “anti-Semitic.” During his speech, Trump complained that some Jews “don’t love Israel enough” and that “the Jewish state has never had a better friend in office than your president.” He also said “a lot of you are in the real estate business, because I know you very well.” “You’re brutal killers. Not nice people at all, but you have to vote for me, you have no choice,” he added. Read more

Why right-wing commentators distort the history of slavery and emancipation. By Tyler D. Perry / Wash Post

Shown is Conservative commentator Candace Owens speaking at the Turning Point USA Young Women’s Leadership Summit in Dallas on June 16, 2018. Bristling at the idea that white supremacy continues to animate U.S. politics, Owens reminded listeners that it was white people who “freed the slaves.” “Who fought and died to end slavery?” she asked, rhetorically, to highlight whites’ role in fighting the Civil War and enacting emancipation. Ultimately, the myths of white saviorism are designed to alleviate white guilt. If white people are condemned for initiating the problem, they can still take the credit for ending it. Conservatives have manipulated such narratives to appease a white voting base that denies it has any responsibility for, or receives any benefits from, this history. This story feeds an enduring sense of white grievance and encourages white voters to reject claims for social justice espoused by marginalized groups of color. Read more

The Education Debate Over Minority Voters. By Peter Greene / The Progressive

Are minority parents seeking better schools for their kids supporters of charter schools, or leading figures in the resistance to a choice-based education reform movement? Read more

Life will be a beach for Black America’s Forever First Family. Barack Hussein Obama and his wife Michelle LaVaughn Robinson Obama are the proud new owners of a sprawling property on Martha’s Vineyard, a tony enclave on the coast of Massachusetts. According to the Vineyard Gazette, sale of 6,892-square-foot house situated on 29.3 secluded acres, was completed this week. Read more

5 African American memoirs that belong on your shelf. By Lakshmi Gandhi / NBC News

These black writers explore America during the Great Migration and Civil Rights Movement through memoirs like “Negroland,” “The Yellow House” and more. “Fire Shut Up in My Bones: A Memoir” by Charles M. Blow,  “The Cooking Gene: A Journey Through African American Culinary History in the Old South” by Michael W. Twitty, “Negroland: A Memoir” by Margo Jefferson, “The World According to Fannie Davis: My Mother’s Life in the Detroit Numbers” by Bridgett M. Davis, and “The Yellow House” by Sarah M. Bloom. Read more

For 40 years, Earth, Wind & Fire’s irresistibly bouncy dance anthem “September” has rocked countless bodies at weddings, proms and other celebrations. It has launched hundreds of millions of Spotify streams and inspired “21st of September” parties around the globe. They recorded eight platinum-selling albums and won seven Grammys, including a lifetime achievement award. The diversity of the band’s fan base, clearly in evidence at the Hollywood Bowl concerts this fall, was matched by its musical nonconformity, the mix of genres EWF threw together with such authority and polish. Maurice White called it “spectrum music.” By the late 1970s, with their record sales, awards and touring numbers, they were the biggest band in the world, he writes. They were inducted into the Rock and Roll Hall of Fame in 2000. Read more

“These sessions for Prestige are what I’m really most proud of him for,” says the trumpeter’s son and former percussionist, Erin Davis, in an exclusive interview with uDiscover Music. “The music he did wasn’t intended to be legendary but was what he just wanted to get done. He had an idea set in his mind, and he knew that bringing in the right musicians would make that happen. He was like: ‘Let’s go to the studio and call the tunes. We don’t need to talk about arrangements or solos, let’s just feel it.’” Read more

LeBron James Jr. stands 6-foot-2, a wispy mini-me next to his hulking, 6-8 father — at least at 15 years old. The high school freshman — known as “Bronny” to his family, friends and 3.7 million Instagram followers — wears No. 0 rather than his dad’s No. 23, but the genetic flashes peek through on the court. The guard tosses no-look passes, throws down alley-oop dunks and shifts gears in transition with a familiar ease for Sierra Canyon School in this city’s Chatsworth neighborhood. Read more

As Real As It Gets. Whether he’s balling or rapping, Damian Lillard, aka Dame D.O.L.L.A., represents far more than just himself. By Marc J. Spears / The Undefeated

This past summer, Lillard, 29, signed a four-year, $196 million extension with the Blazers.  Rap music, for Dame, is always about coming from and reaching for connection and being together. In 2016, he put out his first album, “The Letter O,” a nod to the number on his Blazers jersey and featuring the likes of Lil Wayne, Jamie Foxx and Raphael Saadiq. Two other albums, “Confirmed” and “Big D.O.L.L.A.,” and his own record label, Front Page Music (now home to Brookfield Duece), have followed. Read more

African Entrepreneurs Will Drive the Next Digital Revolution. By Jack Ma / NYT

In much of Africa today, I’ve found that entrepreneurship is not the exalted career path it is in the United States or even increasingly in China. The prudent thing for most Africans to do is to get a stable, salaried job in the banking, energy or mining sectors. Entrepreneurship is for the hustlers — those who can’t hold down a traditional job and have to get creative and scrappy to make a living. And yet I believe that Africa’s future will be built by its entrepreneurs — by the hungry dreamers who view problems as opportunities. Looking into the eyes of the young people I met in 2017, I saw the future heroes of Africa. And I vowed that I would do my part to help them achieve their goals. Read more

New research raises concern about the safety of permanent hair dye and chemical hair straighteners, especially among African American women. The study was published Wednesday in the International Journal of Cancer. Researchers found that women who used permanent hair dye or chemical straighteners were at higher risk of developing breast cancer. “The association was notably higher among black women,” says epidemiologist Alexandra White, study author and an investigator with the National Institute of Environmental Health Sciences, who studies environmental risk factors for breast cancer. Read more