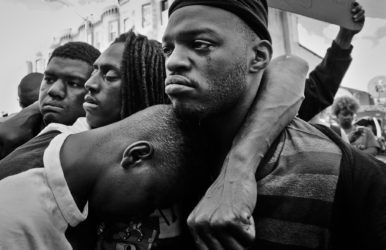 Featured – The Injustice of This Moment Is Not an ‘Aberration.’ By Michelle Alexander / NYT

Ten years have passed since my book, “The New Jim Crow,” was published. I wrote it to challenge our nation to reckon with the recurring cycles of racial reform, retrenchment and rebirth of caste-like systems that have defined our racial history since slavery. It has been an astonishing decade. Everything and nothing has changed. Must read  Also see, Ten Years After “The New Jim Crow” 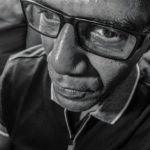 In 2011, Michael Shannon was wrongly convicted of murder, even though two jurors voted to acquit him — a result of a Louisiana law rooted in discrimination. By Emily Bazelon / NYT Magazine

Louisiana and Oregon are the only states (along with Puerto Rico) that have deviated from unanimous jury convictions. In Louisiana, black people began to serve on juries during Reconstruction, when they won the right to vote. The first introduction of split verdicts in the state was in 1880, after Reconstruction ended, as part of a movement of white Southerners to re-establish their supremacy. Read more

The “Just Mercy” backstory and trailer clearly shows us that racism is a character in the film. We see or hear that Stevenson is a black man fighting for justice and racial equality in Alabama and think, wow, this guy must love pain. And then eventually knowing that Stevenson’s work freed a black man who was convicted of killing a white woman in the south, slightly injects some faith into our historically flawed system. But should it? Seeing Stevenson fight for McMillian on film and winning the battle should be inspiring; however, it depressed me because McMillian’s freedom was a miracle, an accident, or a combination of both. Read more

It was a 25-year-old Martin Luther King Jr., whose birthday is celebrated on Monday, who stood in the pulpit of Detroit’s Second Baptist Church on Feb. 28, 1954. The Montgomery bus boycott, which would launch the future leader of the American civil rights movement to national prominence, was nearly two years away. King roused the Second Baptist congregation that Sunday morning with a sermon that did not once mention race. Discrimination, segregation, protest demonstrations — these were not on his agenda. The young preacher went deeper, if such a thing was possible during an era of racial turmoil. King got the congregation thinking about values, a subject as relevant today as it was in 1954. Read more

“We do not need allies who are more devoted to order than to justice,” he wrote in a letter to civil rights leaders. “I hear a lot of talk these days about our direct action program alienating former friends. I would rather feel that they are bringing to the surface many latent prejudices which were always there.” Read more 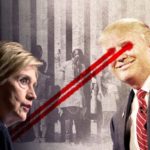 So much for the “liberal media”: Chattering-class hypocrisy is supporting Trump’s rule. By Chauncey DeVega / Salon

During the 2016 presidential campaign, Hillary Clinton warned us that “you can put half of Trump’s supporters into what I call the ‘basket of deplorables.’ Unfortunately there are people like that. And he has lifted them up.” Clinton was pilloried for that observation by the professional, “serious” and “respectable” voices of the American chattering class. Many in the media declared her to be an “elitist,” out of touch with “ordinary people.” Read more

Newnan, Ga., decided to use art to help the community celebrate diversity and embrace change. Not everyone was ready for what they saw. Read more

Buried under the cascade of serious national news Wednesday was the alarming story that Gov. Ralph Northam of Virginia had declared a state of emergency through next Tuesday evening in Richmond, the state capital. The declaration includes a ban on firearms and other weapons near Capitol Square, where the Democratic-led state legislature meets. Monday is a scheduled “lobbying day” for the Virginia Citizens Defense League, a far right pro-gun group, and Northam’s office announced that law enforcement has “identified credible threats of violence surrounding the event, along with white nationalist rhetoric and plans by out-of-state militia groups to attend.” Read more

Black Americans are deeply pessimistic about the country under Trump, whom more than 8 in 10 describe as ‘a racist,’ Post-Ipsos poll finds. By Cleve R. Wootson Jr., Vanessa Williams, Dan Balz and Scott Clement / Wash Post

President Trump made a stark appeal to black Americans during the 2016 election when he asked, “What have you got to lose?” Three years later, black Americans have rendered their verdict on his presidency with a deeply pessimistic assessment of their place in the United States under a leader seen by an overwhelming majority as racist. The findings come from a Washington Post-Ipsos poll of African Americans nationwide, which reveals fears about whether their children will have a fair shot to succeed and a belief that white Americans don’t fully appreciate the discrimination that black people experience. Read more

Why the Senate’s impeachment trial has way too much in common with the Jim Crow past. By Amanda Marcotte / Salon

The most disturbing and frequent historical examples of jury nullification come from the Jim Crow South, where it was normal for all-white juries to acquit Klansmen and others who committed racist murders — not because they genuinely believed they were innocent, but because they believed it should be legal for white people to murder black people in cold blood. Read more

One city’s reparations program that could offer a blueprint for the nation. by Eric Lutz / The Guardian

Our gaps were widening,” the city alderman told the Guardian, citing the Chicago suburb’s declining black population and other issues. “I thought we were being delusional to continue in the same vein and believe we would bridge the gap.” So, Rue Simmons began plotting a new, stronger approach to addressing racial inequality in Evanston: a local reparations for slavery program for African Americans, similar to those proposed on the federal scale. Read more

Joe Biden Doubles Down On A Racist Myth About Black Parents. By Michael Hobbes / HuffPost

In a long and often rambling interview with The New York Times published Friday, former Vice President Joe Biden responded to a question about the legacy of racism by blaming Black parents for the racial achievement gap.  Read more

Earlier this week, Bernie Sanders wrote an article for the magazine Jewish Currents under the headline “How to Fight Antisemitism.” It is, in a word, powerful — not only because it movingly melds the personal with the political as it charts the scourge of antisemitic violence, but also because it lays bare the subtler workings of oppression. Read more

The U.S. Navy will name a new aircraft carrier after Mess Attendant 2nd Class Doris Miller, who was the first African American to receive the Navy Cross for valor. Miller, who received the Navy Cross for his actions on December 7, 1941, when he fired back at Japanese planes by manning a machine gun on the USS West Virginia, will be honored on Monday, Martin Luther King Jr. Day. Read more

Exclusive: Rep. Ayanna Pressley Reveals Beautiful Bald Head and Talks Alopecia for the First Time. By Jessica Moulite / The Root and You Tube

Ayanna Pressley loves playing with her hair. Before she became a Massachusetts Congresswoman (and a high-profile member of “The Squad”), Pressley would experiment with different hairstyles and textures, getting a weave and even cutting her own hair. Lately, she’s been experimenting with lace-front wigs. But the wigs are a noticeable departure from her signature Senegalese and bomb twists, which have become synonymous with her political brand and made her the hero of little black girls across the country. Now, the congresswoman has decided to go public as to her reason why: She has alopecia. Watch here

Richard Pryor told America about the struggle of black quarterbacks. By Justin Tinsley / The Undefeated

Fifty seconds. That’s all it took for Richard Pryor to embed himself in the complex odyssey of black quarterbacks in the NFL. In a sketch on his short-lived program The Richard Pryor Show, Pryor brought the simmering anger of black quarterbacks and fans into the living rooms of white America. And he did it while pretending to be the first black president of the United States, another instance of leadership that much of white America couldn’t conceive as anything other than a joke. Read more

Russell Wilson is the highest-paid player in the NFL—here’s how much he makes. By Kathleen Elkins / CNBC

In April 2019, Russell Wilson became the highest-paid player in the NFL on an annual basis when he signed a $140 million, four-year extension with the Seattle Seahawks. The deal also included a $65 million signing bonus. Read more