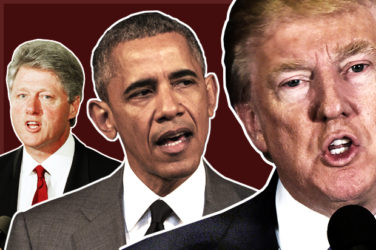 In this conversation, Maraniss reflects on Donald Trump and the threat he represents to the American presidency as an institution. Maraniss also explains how Barack Obama’s idealism and assumptions about the reasonableness and intelligence of other people left him unprepared for the rise of Trump and for the way Republicans have jettisoned norms of political civility and respect for the Constitution and the rule of law. Maraniss also shares what he learned from his father’s life of principle and courage and its lessons for a United States where truth itself is being assaulted by Fox News and the right-wing disinformation machine. Read more

Eddie Gallagher isn’t a “lifestyle brand” story: It’s a story about the rise of American fascism. By Amanda Marcotte / Salon

The right’s worship of an accused war criminal is a fascist fable about the redemptive power of violence. Eddie Gallagher is apparently so violent and sociopathic that he reduced his former military comrades — Navy SEALs who aren’t known for being the most tender-hearted of people — to tears. On its own, the story of Eddie Gallagher’s sudden metamorphosis into right-wing culture hero may feel like an odd little trend piece. Considered in the larger context of history, it’s about the growth of American fascism. Read more

Wake up, Republicans. Your party stands for all the wrong things now. By Stuart Stevens / Wash Post

Republicans are now officially the character-doesn’t-count party, the personal-responsibility-just-proves-you-have-failed-to-blame-the-other-guy party, the deficit-doesn’t-matter party, the Russia-is-our-ally party, and the I’m-right-and-you-are-human-scum party. Yes, it’s President Trump’s party now, but it stands only for what he has just tweeted. A party without a governing theory, a higher purpose or a clear moral direction is nothing more than a cartel, a syndicate that exists only to advance itself. There is no organized, coherent purpose other than the acquisition and maintenance of power. Read more

When it comes to recognizing state violence against Black women and girls as a social problem, the sense is that “there is no there there,” even as evidence surrounds us in plain sight. It takes no great effort to unearth video proof and other firsthand accounts of incidents in which police officers attack and even kill Black women and girls. Read more

Hate thrives amid silence. We must speak up. By Colbert I. King / Wash Post

It didn’t get much media play, but D.C. Mayor Muriel E. Bowser’s meeting with religious leaders two days after the anti-Semitic attack in the New York suburb of Monsey was the right response to a horrible wrong. Pulling together members of her Interfaith Council and law enforcement to focus on immediate steps to fight anti-Semitism and protect the District’s Jewish community sent a visible message that the city, as the mayor’s statement on the meeting said, “stand[s] up for our neighbors.” Read more

The news spread quickly, angering Latino students and others at Harvard: One of the few professors who specialized in Latino and Caribbean studies and devoted time to mentoring students of color had been denied tenure. Some students of color say that even as the university defends its use of race in admissions, it devalues their experiences and fails to retain professors who support them. Read more

Illinois Lt. Governor is first in line to buy pot after her state legalizes it for recreational purposes. By Sky Palma / Raw Story

In the wake of marijuana becoming legal in her state for recreational use,  Illinois Lt. Gov. Juliana Stratton decided to be the first in line at a local dispensary to buy some. “For too long, IL residents, particularly those that are black & brown, have been targeted and criminalized for #cannabis possession,” Stratton, a Democrat, tweeted Wednesday. “It’s not just a new year, it’s a new day. Thank you, @GovPritzker, for ending prohibition and building a more equitable Illinois.” Read more

Black drivers are disproportionately stopped and searched by police in California, according to a new report released by the California Department of Justice. Though Black people only make up about 6% of the state population, according to the U.S. census, drivers perceived to be Black were involved in about 15% of traffic stops by police across California in the second half of 2018, per the report released Thursday from the California Racial and Identity Profiling Advisory Board. Read more

The yearning to be seen as not just an equal citizen but also an equal consumer stretches deep into the 20th century and sits at the heart of Brenna Wynn Greer’s recent book Represented: The Black Imagemakers Who Reimagined African American Citizenship. Greer’s book tells the story of black civil-rights-era entrepreneurs who cajoled American corporations into catering to black people—for better or for worse. Her scholarship helps readers reframe the protest-centric narrative of the civil rights movement by teasing out how black capitalists’ products and public relations campaigns leveraged major corporations like Standard Oil and Coca-Cola to support racial justice. Read more

Videos of police shootings of African Americans have sparked protests and calls for reform. But for many black people, these incidents also feel inescapably personal. Chronicle reporter Hamed Aleaziz and photographer Leah Millis spoke with several Bay Area residents – among them a comedian, a college student, a doctor and a police officer – about their experiences and perspectives on what’s become a national issue. Here are their stories in their own words. Read more

Latina Equal Pay Day Is Later Than Last Year. We Can’t Afford to Fall Further Behind. By Monica Ramirez / Fortune

Each day that a Latina is not paid fairly is one day too many, and the impact of losing even one cent has real consequences for Latinas and our families. It means losing almost an additional month of rent, groceries, and bills. It means dwarfed spending power for the Latinx community, less money to save to send our children to college, and little money put away for an emergency. It means $1.1 million dollars denied over the course of a 40 year-career. Read more

Nipsey Hussle was a bookworm. Now black men are finding inspiration in what he read. By Angel Jennings / LA Times

Once a month, Cash and a group of men come together for The Marathon Book Club — one of several chapters across the country that were founded after Hussle was killed outside his South Los Angeles clothing store in March.  A 31-year-old fan from Wisconsin created a meme listing all of the books that Hussle had mentioned in interviews, songs and motivational messages that she had been compiling for years. It includes self-help bestsellers, cult classics and little-known books by black authors. Now, almost a year later, 74 black men and two Latinos make up the four chapters of The Marathon Book Club. They meet monthly in Oakland, New York and Washington, D.C., in addition to L.A., to discuss the books that motivated Hussle. Read more

10 black podcasts we loved from 2019. The podcasts you’ve got to hear. By Eryn Matthewson / The Undefeated

We selected the 10 podcasts we loved in 2019, all of which are produced by and/or about black people and black culture. They’re diverse, well-researched and compelling stories that value blackness, whether celebratory or critical. We got you if you’re into debates, interviews or audio documentaries. Read more 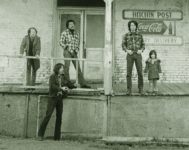 The Asian-American Canon Breakers. Proudly embracing their role as outsiders, a group of writer-activists set out to create a cultural identity—and a literature—of their own. By Hua Hsu / The New Yorker

Chin and Ching weren’t the first people to debate the merits of Asian-American assimilation, though Chin might have been the first to put this debate in such colorful terms. He felt that many Chinese-American writers were interested in being “prizewinning poodles” answering the beck and call of “the master race.” What’s more, he thought the literature that Bridge occasionally published was “shit.” “If the purpose of BRIDGE is to bind me to the immigrants,” Chin wrote, “I’m not interested in being bound.” Read more

The first look at Netflix’s upcoming limited series about legendary philanthropist and hair-care entrepreneur Madam C.J. Walker has arrived. Oscar-winning actor Octavia Spencer stars in the project as Walker, a groundbreaking self-made millionaire who, more than a century ago, built a beauty empire selling hair care products for Black women. Born Sarah Breedlove in 1867, Walker was the daughter of formerly enslaved parents. Spencer stars in the series alongside a cast that includes Tiffany Haddish, Blair Underwood and Carmen Ejogo. Read more

Last year, for R. Kelly and the women he is accused of abusing, everything changed — and the Lifetime documentary series “Surviving R. Kelly” was a big reason. Now, a new five-part installment, “Surviving R. Kelly Part II: The Reckoning,” is examining what has happened since the series aired, including the singer’s metastasizing legal troubles and what became of the women who spoke out. The first two episodes aired Thursday night, and the next three will air Friday and Saturday nights. Read more

Jay-Z is ‘Robert Frost with a Brooklyn accent,’ a Georgetown professor writes in his new book. By KK Ottesen / Wash Post

Michael Eric Dyson is a sociology professor at Georgetown University. His 21st book, “Jay-Z: Made in America,” was released in November. He argues that even though Jay-Z is world-famous and globally acclaimed, he’s really underrated for the kind of sophisticated nuanced deployment of homophones, metonymy, simile, metaphor, braggadocio, allusion. That stuff is just dripping throughout his lyrics. Plus, he’s putting that poetry to music. He’s rapping to a beat. It’s pretty remarkable that he does this without writing a single word down. It’s like Homer, you know, in terms of an oral tradition. He’s able to say what he has to say and record how he thinks and feels with such accuracy and poignancy. And to command a wide range of reference to culture and pop culture and intellectual culture. So, it was a delicious treat to be able to share some of that stuff in the book, stuff I’ve been discovering over the years in teaching a class on him. Read more

The Towering, Complicated Legacy of David Stern. By Dave Zirin / The Nation

The NBA commissioner, who helmed the league for 30 years, has passed away, and his history demands serious examination. Stern understood that the NBA would only go as far as its players, and he relentlessly marketed the new generation, turning them into icons. He also wasn’t shy about integrating an exploding 1980s musical form, hip hop, into the marketing of the league. In other words, he used black culture to fast-track the NBA’s growth. And it worked, bringing the ailing league to the cutting edge. NBA franchises went from being valued at between $10 million and $20 million to over a billion dollars today. Read more

The Year of the Black Quarterback has been as groundbreaking as expected, leading to several historic achievements. After thriving in every salient metric during the regular season, these elite passers figure to play an outsize role in defining the discussion during the postseason, too. Across the board, their statistical accomplishments set a new bar. Clockwise from upper left: Lamar Jackson, Russell Wilson, Patrick Mahomes and DeShaun Watson Read more