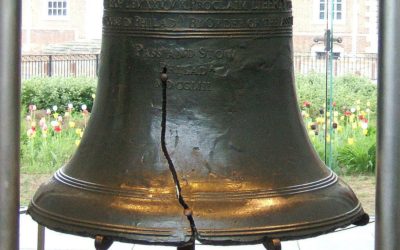 Featured – Trump has America staring down the barrel of a gun. By Leonard Pitts Jr. / Miami Herald

This is the first July 4 on which we can actually see the end of America coming. America’s end, if that’s what we are facing, would be for the stupidest, most frustrating, most self-defeating of reasons. In other words, it would be because of race. That is, after all, the key reason Trump was elected. A growing body of research has established this beyond doubt. And if you accept that he came to office because a critical mass of white voters felt anger, fear or vulnerability over the fact that they will soon lose the ability to muster a racial majority, then it follows that every disastrous thing stemming from his election also traces ultimately to that same cause. Read more

“White power!” shouted the elderly man, raising his fist as he drove his golf cart past a group of demonstrators advocating racial justice. On Sunday, President Trump offered an “amen.”A white couple stood outside their St. Louis mansion aiming deadly firearms — the man wielding a semiautomatic rifle, the woman waving a handgun — at Black Lives Matter protesters who were peacefully marching past. On Monday, Trump joined that hallelujah chorus, too. In both cases, Trump offered his encouragement to white tribal fear and anger in the form of retweets on his Twitter feed. Read more

Related: Trump Wants a Backlash. Can He Whip One Into Shape? By Thomas B. Edsall / NYT

Related: In an aging America, the central question becomes what do retirees fear most: racial diversity or the pandemic? By Jeet Heer / The Nation

Related: Why Does Trump Want to Refight the Battle of Charlottesville? By Jonathan Chait / NY Mag

White Voters Are Abandoning Trump. And they’re doing so for a surprising reason. By David A. Graham / The Atlantic

For most of the past three years, the only thing more futile than looking for Donald Trump to pivot was expecting the American people to do so. No matter how successful the president was, or, more often, how chaotic and disorderly his administration was, nothing seemed to be able to shake up people’s views of Trump. Contrary to Trump’s protestations, Biden’s lead as it exists now is real—and given how hard it has been for anything to dent Trump’s carapace, it’s worth examining closely. Stranger still, the impetus appears to be race—something that has been both Trump’s Achilles’ heel and his secret weapon throughout his political career. For some reason, it’s affecting his political standing differently than it has before. Read more

Yes, Even George Washington. Slavery was a cruel institution that can’t be excused by its era. By Charles M. Blow / NYT

On the issue of American slavery, I am an absolutist: enslavers were amoral monsters. The very idea that one group of people believed that they had the right to own another human being is abhorrent and depraved. The fact that their control was enforced by violence was barbaric. People often try to explain this away by saying that the people who enslaved Africans in this country were simply men and women of their age, abiding by the mores of the time. But, that explanation falters. There were also men and women of the time who found slavery morally reprehensible. The enslavers ignored all this and used anti-black dehumanization to justify the holding of slaves and the profiting from slave labor. Read more

What we can do now about Stone Mountain’s 150ft Confederate carving. By Ryan Gravel and Scott Morris / The Guardian

The current national attention to the interrelated issues of policy reform and representation, along with the murder of two Black men here in Georgia, got me thinking again about the state’s giant monument to white supremacy on the side of Stone Mountain. It is too big to just tear down, like they are doing with statues in Richmond and elsewhere, but something is going to happen with it eventually. Anti-racist sentiment is growing, and the makeup of Georgia’s population is changing so fast that some kind of modification is inevitable. Read more

The Racism of “Ole Miss” Is Hiding in Plain Sight. By Becca Andrews / Mother Jones

At the entrance of the University of Mississippi campus in Oxford, the statue of a white marble man sits among the magnolia and oak trees. The gift from the Daughters of the Confederacy, a soldier, his arm in salute, a rifle at his side, has presided over passersby entering the university since 1906. But now, after more than a century, the anonymous soldier will finally be ousted from his premier spot—a move that’s the direct result of a sustained campaign led by University of Mississippi students. Read more

Related: Why Mississippi voted to change its flag after decades of debate. By Savannah Smith / NBC News

Elijah McClain’s death is an unspeakable outrage. By Editorial Board / Wash Post

Elijah McClain, a 23-year-old massage therapist, had broken no law, carried no weapon and posed no threat. It is an unspeakable outrage that the police in Aurora, Colo., near Denver, stopped him last summer, manhandled him and ultimately caused or helped cause his death. The fact that those officers continue on the force — unprosecuted, unpunished and, to all appearances, unaccountable — is yet another symptom of the systemic sickness in American policing and justice. Read more

How the Trump Campaign Is Drawing Obama Out of Retirement. By Glenn Thrush and Elaina Plott / NYT

“I am so done with all of this,” Mr. Obama said of his job, according to several people familiar with the exchange. Yet he knew, even then, that a conventional White House retirement was not an option. Mr. Obama, 55 at the time, was stuck holding a baton he had wanted to pass to Hillary Clinton, and saddled with a successor whose fixation on him, he believed, was rooted in a bizarre personal animus and the politics of racial backlash exemplified by the birther lie. “There is no model for my kind of post-presidency,” he told the aide. “I’m clearly renting space inside the guy’s head.” Read more

Camden Didn’t Defund Its Police Department—It Just Handed It Off. By Hank Kalet / The Progressive

The New Jersey city is often used as a success story of defunding police, but that’s not even close to what happened. “Politicians can take a victory lap and say they’ve defunded the police while actually doing very little to address how those same concerns can be addressed by bureaucratic bodies that have less of a history of violence.” Read more

If the U.S. is indeed ready for big ideas, here are five to consider. Two of them—improving access to capital for Black-owned businesses and reparations for descendants of slaves—aim directly at historic and current barriers that have made it so hard for African-Americans to build wealth. Three others—Baby Bonds, partial student debt forgiveness and incentives for emergency savings—would help any Americans (and particularly young ones) struggling to build assets without the cushion of inherited wealth. Read more

Related: Economics for Black Lives. By Darrick Hamilton and Jesse A. Myerson / Dissent

Legislation exploring whether Black Americans should receive restitution for slavery may soon get a huge boost, as a growing number of Democrats are hoping to move reparations this summer as another response to the death of George Floyd. Members of the Congressional Black Caucus (CBC) will huddle Wednesday to discuss their next legislative steps as Democrats seek to confront racial inequality following the police killing of Floyd last month. Read more

“I Could Easily Be George Floyd”: Wall Street’s Senior Black Banker Talks About Biggie and the Hope of BLM. By William D. Cohan / Vanity Fair

Raymond McGuire has been a Wall Street investment banker for nearly 36 years. Currently, he is a vice chairman at Citigroup, the Wall Street behemoth, and the chairman of the firm’s banking, capital markets, and advisory businesses. For 13 years, he ran Citigroup’s corporate and investment banking division. Prior to Citigroup, McGuire worked at Merrill Lynch, Wasserstein Perella, and at First Boston (I have known McGuire since 1997, when we worked together in Merrill’s M&A group.) He has advised on some of the largest M&A deals of all time, including advising Time Warner on its $108 billion acquisition by AT&T and Wyeth on its $68 billion sale to Pfizer. Read more

The case for Keisha Lance Bottoms for veep. By Christina Cauterucci / Slate

One of the Black women currently being vetted who wasn’t on Biden’s original shortlist is Atlanta Mayor Keisha Lance Bottoms, a former city council member and judge who would make a worthy choice for vice president. Bottoms is one of several U.S. mayors and governors who’ve earned outsize places in national media coverage by filling the vacuum left by the White House’s lack of leadership during the COVID-19 pandemic and persistent protests against racist police brutality. Read more

Where a number of writers have paid ample tribute to Baldwin’s essays from the late ’50s and early ’60s, during the early years of the civil rights movement, Glaude finds energy and even solace in the later nonfiction that charted Baldwin’s disillusionment. (Glaude only glances at the fiction, though he takes his title from a line in Baldwin’s last novel, “Just Above My Head.”) Even if you don’t agree with Glaude’s interpretations, you’ll find yourself productively arguing with them. He parses, he pronounces, he cajoles. He spurs you to revisit Baldwin’s work yourself. Read more

Viewers got their first glimpse of Jennifer Hudson as Aretha Franklin over the weekend with the release of footage from the forthcoming biopic “Respect.” The trailer (viewable above), which debuted Sunday night during the 2020 BET Awards, should put to rest any doubts about whether Hudson’s performance will do justice to the Queen of Soul’s legacy. In the teaser, she delivers a chilling version of the film’s title track and Franklin’s signature hit. In addition to dramatizing a musical career spanning more than six decades, “Respect” delves into Franklin’s years of civil rights activism. Watch here

Colin Kaepernick’s Life Is Being Turned Into A Netflix Series With Ava DuVernay. By Cole Delbyck / HuffPost

As his future with the NFL remains in limbo, Colin Kaepernick is tackling a project off the field with Ava DuVernay. The athlete and activist has teamed up with the Oscar-nominated filmmaker for a new Netflix limited series, “Colin in Black & White,” which traces the origin story of one of the most influential figures in modern U.S. sports history. Kaepernick will serve as executive producer alongside DuVernay, as well as narrate the six-episode drama series exploring his high school years, “lending meaningful insight into the acts and experiences that led him to become the activist he is today,” per the press release. Read more

The Patriots signed Newton to a one-year, incentive-heavy contract — a no-risk, immense-reward deal that gives the Patriots a singular talent to replace Tom Brady. The Patriots adore unproven second-year quarterback Jarrett Stidham and, from what some familiar with the team’s thinking have said, would have been comfortable with him taking over. But they could not pass on the opportunity to acquire Newton at such a low cost, and chances are the rest of the league will regret allowing it to happen. Read more

Related: Richard Sherman points out the elephant in the room with the Cam Newton signing. Henry McKenna / USA Today