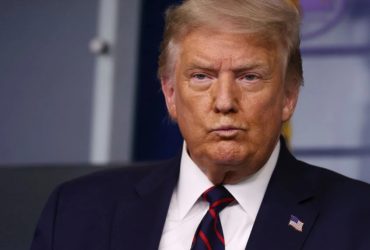 Featured – Ruth Ben-Ghiat on Trump and the bitter American truth: “We do not have a real democracy.” By Chauncey DeVega / Salon

Ruth Ben-Ghiat is a professor of history and Italian studies at New York University and an expert in fascism and authoritarianism. She is the author of “Fascist Modernities: Italy 1922-1945” and “Italian Fascism’s Empire Cinema” and other books. In this conversation she warns that Trump’s threats of violence against the American people — including against leading Democrats like Barack Obama and Hillary Clinton — are very real. Ben-Ghiat also explains that the American news media normalized Donald Trump because most journalists are unable to admit that the United States is a failing democracy. Read more

Related: Trump’s private army is scarier than you think. By Elizabeth Goiten / Justsecurity

Related: Why federal agents are in Portland: Trump chose the Oregon city for a reason. By Christina Cauterucci / Slate

“A lot of the people who are doing it are not Black. They throw shit and start shit and run away and yell ‘Black Lives Matter,’ and then go home and take off their clothes. But I can’t take off my black,” Phillips said. “And the more damage they do to this building— well, everyone thinks it’s people of color doing all this and it’s not. “ Read more

Related:  How One of America’s Whitest Cities Became the Center of B.L.M. Protests. By Thomas Fuller / NYT

Related: What is happening in Portland and what does Trump hope to gain? By Chris McGreal and Martin Pengelly / The Guardian

“Trump Could Not Be More on the Wrong Side”: New Poll Shows Trump’s Black Lives Matter Protest Response Could Cost Him 2020. By Peter Hamby / Vanity Fair

Trump’s reaction to the protests was not the only reason for his summer collapse. Most pollsters say that Trump’s continuing inability to respond to the coronavirus pandemic, and the economic havoc that’s come with it, has been the dominant factor. And last week, for the first time, polls began to show Biden beating Trump on the question of who would best handle the economy, the only decent card left in Trump’s deck. But if Trump loses in November, the nationwide protests against racism and police brutality that erupted in early June have to be seen as a significant breaking point. Read more

Related: Can Trump Win in November by Reviving Willie Horton? By Jeet Heer / The Nation

A month ago, there wasn’t enough data and not enough time had passed to answer this question. But more than two months after Floyd’s death, a clearer picture is forming. The protests moved the public toward police reform and more liberal racial attitudes in a substantive way — but this set of issues is not immune to the forces of polarization or backlash. Read more

Many of the critical resources in the Cares Act will soon run out or expire on July 31. If our representatives are serious about creating racial equity, the path forward is clear: We must dismantle the systems that keep disparities locked in place. Our nation’s housing system — and the programs and policies that perpetuate racial disparities in housing — is the best place to start. Read more

Related: In housing, a surprising piece of evidence the fight against racism is working. By Editorial Board / Wash Post

Related: One home, a lifetime of impact. By Michele Lerner / Wash Post

John Lewis and the Danger of Gradualism. Patience Is a Dirty Word. By Ibram X. Kendi / The Atlantic

Someone delivered an advance copy of Lewis’s speech to Patrick O’Boyle, the archbishop of Washington, who was giving the march’s opening invocation. O’Boyle was horrified to see that Lewis intended to callpatience a “dirty and nasty word.” O’Boyle called the White House. He called the march organizer Bayard Rustin. O’Boyle threatened to pull out, Rustin told Lewis, because he found the line offensive to the Catholic Church—Catholics believed in the word patience. But he kept the message. “To those who have said, ‘Be patient and wait,’ we have long said that we cannot be patient,” Lewis said that day. “We do not want our freedom gradually, but we want to be free now!” Read more

Republican Sen. Tom Cotton of Arkansas has introduced legislation that takes aim at the teaching of the 1619 Project, an initiative from The New York Times that reframes American history around the date of August 1619 when the first slave ship arrived on America’s shores. A statement from the senator’s office announcing the bill introduction states that the legislation will be titled the Saving American History Act of 2020 and “would prohibit the use of federal funds to teach the 1619 Project by K-12 schools or school districts. Schools that teach the 1619 Project would also be ineligible for federal professional-development grants.” Read more

Related: The World That Fear Made: A New Book on Slave Revolts and Conspiracies in Early America. By Jason Sharples / AAIHS

The provisions requiring the names of the bases to be changed — the Senate’s bill gives the Pentagon three years, while the House requires the task be completed within one year — are another sign of the political shift that’s followed nationwide protests of police brutality and racial injustice after the killing of George Floyd in Minneapolis police custody. Read more

Related: Confederate Figures Removed From Virginia Capitol In The Dead Of Night. By David Welina / NPR

When coronavirus lockdowns spread nationwide in March, millions of Americans flocked to their local grocery stores and wholesale markets to stock up for what would become months stuck at home. Black Americans did the same, but some had one addendum to their shopping list: a firearm. Since the beginning of the pandemic, there has been growing interest among African Americans in arming themselves, as evidenced by increased membership in Black gun owner organizations. Read more

The racist effects of school reopening during the pandemic — by a teacher. By Nataliya Braginsky and Valerie Strauss / Wash Post

Dismayed by plans to reopen schools amid the growing coronavirus pandemic, Braginsky has written the following post, a powerful piece that takes up the question of why black, indigenous and Latinx students would be prone to see more deaths from covid-19 in their schools than white students. Read more

Coronavirus pandemic tearing through Latino communities – and it may get worse. By Jorge L. Ortiz / USA Today

A new study published Thursday, the first nationwide analysis of COVID-19 cases and deaths among Latinos, concludes that crowded housing arrangements and high-risk jobs in industries like meatpacking, poultry and hospitality are among the major reasons Latinos have been disproportionately impacted by the pandemic. Read more

More Than A Vote, a group founded by LeBron James and others in June to fight against voter suppression, says it will donate $100,000 to help pay the outstanding debts of people who have already served time for their felony convictions but are still unable to vote in Florida. Read more

“There I was,” Robinson recalled in his 1972 memoir “I Never Had It Made: An Autobiography,” “the Black grandson of a slave, the son of a Black sharecropper, part of a historic occasion, a symbolic hero to my people.” So far, so good: The safe narrative of Robinson-as-stoic-hero is intact. “The band struck up the national anthem,” he wrote. “It should have been a glorious moment for me as the stirring words … poured from the stands.” Yet if we see the scene through Robinson’s eyes — and hear the anthem through his ears — we encounter an altogether different story. Read more