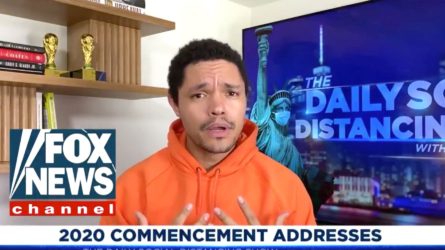 I’m not going out on a limb by positing that there is a unique and enduring bond between African American voters and the first African American president. When Trump yells “Obamagate!,” he’s strengthening that bond, not weakening it, and motivating black voters to turn out in the fall for Obama’s loyal wingman, Biden. Read more

Black Voters Are Key Witnesses to Crimes Against Democracy. By Nse Ufot / NYT

I talk with black voters every day, and what I hear keeps me up at night. Their faith in the political system is being eroded by voter suppression and the government’s negligent response to the pandemic. It breaks my heart that even black women at church — unfailing voters who rally their friends to turn out for every election — have asked me, “Will our votes even be counted?” Read more

Six months before a presidential election in which turnout could matter more than persuasion, the Republican Party, the Trump campaign and conservative activists are mounting an aggressive national effort to shape who gets to vote in November — and whose ballots are counted. Read more

During an appearance last Sunday on CNN’s “State of the Nation,” Secretary of Health and Human Services Alex Azar offered this explanation of why black people and other nonwhites are at such high risk of death from COVID-19: Unfortunately the American population is a very diverse — it is a population with significant unhealthy co-morbidities that do make many individuals in our communities, in particular African-American, minority communities, particularly at risk here because of significant underlying disease health disparities and disease co-morbidities and that is an unfortunate legacy in our health care system that we need to address. Read more

When the Mask You’re Wearing ‘Tastes Like Socialism.’ By Thomas B. Edsall / NYT

The Covid-19 pandemic has divided Americans into two camps. To no one’s surprise, lockdown politics have joined the legion of issues that pit Democrats against Republicans. The partisan divide over how to respond to the coronavirus pandemic has deepened over the past few weeks. Read more

Soldiers of the boogaloo: David Neiwert on the far right’s plans for a new civil war. By Chauncey DeVega / Salon

Is Trump actively encouraging right-wing violence through stochastic terrorism? And if so, why aren’t the American people mobilizing against such anti-democratic behavior? In an effort to answer these questions I recently spoke with investigative journalist David Neiwert, a contributing writer for the Southern Poverty Law Center. Neiwert is also the author of several books, including the recent “Alt-America: The Rise of the Radical Right in the Age of Trump,” “Eliminationists: How Hate Talk Radicalized the American Right” and the forthcoming “Red Pill, Blue Pill: How to Counteract the Conspiracy Theories That Are Killing Us.” Read more

Asian American doctors and nurses are fighting racism and the coronavirus. By Tracy Jan / Wash Post

Lucy Li tries not to let fear dictate her interactions with patients as she makes the rounds in the covid-19 intensive care unit. But the anesthesiology resident at Massachusetts General Hospital cannot erase the memory of what happened after work at the start of the pandemic. A man followed the Chinese American doctor from the Boston hospital, spewing a profanity-laced racist tirade as she walked to the subway. “Why are you Chinese people killing everyone?” Li recalled the man shouting. “What is wrong with you? Why the f— are you killing us?” Read more

I don’t smile when I run to be sociable. I smile so I don’t get shot. By Benyam Tesfai / Wash Post

I wish going for a run were as simple as lacing up my shoes and pounding the pavement. Sadly, this couldn’t be further from the truth. Before I step outside of the house, I run through a mental checklist: Is my beard too thick? Is it too dark outside?Am I dressed like a runner? God forbid I wear mesh b-ball shorts and a loose T-shirt in the suburbs of Dallas. Then, while on the run, I have to consider: Is my rap music too loud? Can they hear it? Does my cap, worn backward, send the wrong message? Read more

“Whitening of the Media”: As Pandemic Cuts Ravage Newsrooms, Diversity Is “First Thing That Goes.” By Amy Goodman and Juan Gonzalez / Democracy Now

At a time when many journalists are risking their lives to cover one of the most significant stories of their lifetime, media companies are slashing jobs and salaries. Over the past week, hundreds of journalists at Vice, Quartz, The Economist, BuzzFeed, Condé Nast have been laid off. In April, The New York Times estimated 36,000 employees of news media companies had been laid off, furloughed or had their pay reduced since the arrival of the pandemic — 36,000, and that was a month ago. Listen here

After only 12% of minority-owned businesses received relief loans, many plan to close down: survey. By Igor Derysh / Salon

Slightly more than one in 10 minority-owned businesses that applied for a PPP loan had their full request honored, according to a survey conducted by the Global Strategy Group on behalf of the equal-rights groups Color of Change and UnidosUS. Nearly half of the business owners said they expected to permanently close within the next half year, The New York Times reported. Read more

Leaders of historically black colleges and universities (HBCUs) say they are being hit by unique challenges as the coronavirus pandemic takes its toll on communities and finances. Sending students home meant a loss of room and board fees, while the switch to online learning brought additional costs for colleges. The reduced income and extra spending were even more significant for HBCUs. They generally have smaller endowments that can be used as a financial buffer and also rely more on in-person experiences. Read more

Spike Lee’s “Da 5 Bloods” takes it back to Vietnam: Watch the trailer. By Claire Shaffer / Salon

Spike Lee turns his sights on Vietnam in his next film “Da 5 Bloods,” premiering June 12th on Netflix. The first trailer, released on Monday, doesn’t disappoint: Set to The Chamber Brothers’ signature 1967 single “Time Has Come Today,” it’s an adrenaline-fueled clip that cuts together archival footage from the Vietnam War with two parallel stories concerning a group of aging veterans. Watch here

Changes designed to enhance opportunities for minorities to get executive, head coaching and coordinator positions were passed on Tuesday by NFL owners. However, a plan to reward clubs that hire minority candidates as head coaches or general managers with improved draft-pick positioning was tabled after meeting with some hefty criticism. That means the plan will now be considered at a later date. Read more

Related: Here’s what the NFL needs to do — and not do — to address diversity hiring problem. By Jarrett Bell / USA Today

Art Never Dies. It outlives the contentious political veneer that we cast over everything. By Sonny Rollins / NYT

In art, we can find a humbling sort of wisdom. We see themes and ideas repeat over many lifetimes. Those ideas don’t belong to any one person, and as they evolve, disappear and reappear, they remind us that regardless of what’s happening now, our lives on this earth will always be part of something bigger. Any astronomer can tell you that what we know about the universe makes up a fraction of what there is to be discovered. Art, in the same way, both inspires us to go out and find something new and highlights what we don’t know. Read more