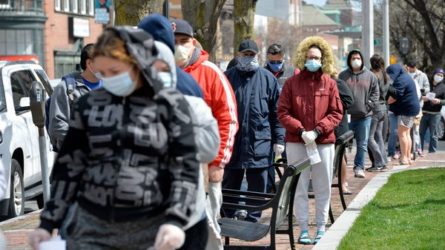 Related: The ‘us and them’ pandemic shows America is still impervious to black pain. Michele L. Norris / Wash Post

Welcome to a failed state in slow motion: The United States of America. By Lucian K. Truscott IV / Salon

What is a failed state? It’s a country that would hire me to make things work. I learned that the night I made the trip between Kabul and Jalalabad. The main trading route between the countries of Afghanistan and Pakistan was how virtually everything needed in Afghanistan was shipped into the country, from automobiles to food to medicine to fuel to people. You would think that a road carrying such essential trade would be well-paved and cared for, protected by a strong police presence and lined with gas stations, restaurants and motels, the kinds of businesses ordinarily found along such routes. Read more

Trump moves openly to steal the election: Democrats should impeach him again. By Amanda Marcotte / Salon

Despite his off-the-charts narcissism, Donald Trump knows on some level that the majority of Americans don’t want him to be president and he cannot win in a fair election. He didn’t beat Hillary Clinton in the popular vote in 2016 — she got nearly 3 million more votes — and only won because of the outsize influence of smaller, rural states in the Electoral College. He has only grown less popular since then and is now well behind former Vice President Joe Biden in most national polls, usually by a margin of 5 to 8 points. But Trump has had a plan to win in 2020, ever since his re-election campaign kicked off the second he was inaugurated: Cheat like crazy. Read more

Related: Why does Donald Trump hate voting by mail? That’s easy: He wants the minority to rule. By Dan Froomkin / Salon

Native Americans have survived a lot over the centuries: a vicious genocide, germ warfare, enslavement, starvation, massacres, forced relocations, boarding schools and even evil priests, presidents and Army generals, all in the name of imperialism and wretched white male “progress.” Yet, we’re still here. And now, the coronavirus has found its way into Indian Country. Read more

Dissent in America is patriotic — whether challenging Trump or health care inequality or guns. By Debra Messing / NBC News

The imagery of the children Trump officials separated from their parents at the U.S.-Mexico border is an example of an injustice so enraging, it inspired outrage across the country. The images of those children in cages were quite simply horrifying. But it feels like everywhere we look, there are examples of inhumane behavior and marginalization. We need to raise our voices — especially white people — to point out this oppression and this bigotry. Read more

Michelle Obama is stepping into the 2020 election with a program to boost voter turnout. By Jada Yuan / Wash Post

On Thursday, Michelle Obama took her first concrete step toward being a factor in the 2020 election. Her nonpartisan voting initiative, When We All Vote, which she founded months before the 2018 midterms, announced a coalition of 31 mayors across the country who will be brainstorming and sharing lessons and practices about how to increase voter registration and civic engagement. Read more

Joe Biden Got Too Comfortable. By Jamil Smith / Rolling Stone

In the midst of a pandemic that is killing black, indigenous, and Latino people disproportionately, we do indeed have larger things to be concerned about right now than Joe Biden and what he said to Charlamagne Tha God on The Breakfast Club. Still, since not every conversation needs to be about The Most Important Thing in the World Right Now, we should talk about it. Read more

Wilson Jerman witnessed it all in his 50-plus years in the White House. By Will Haygood / Wash Post

It was big, heady stuff in the 1950s for a black man or woman to be employed as part of domestic service staff inside the White House. There would often be a basement party inside someone’s Washington home to celebrate the news. Wilson Jerman — who attended more than a few of those parties — had gotten work inside the White House as a “House man” during the Eisenhower administration doing menial tasks. But he formed a bond with Eugene Allen, a butler who had begun his long White House career during the Truman administration. Allen suggested to Jerman that he set his sights on becoming a butler, which he eventually did. With the death of Wilson Jerman at age 91 from covid-19, the curtain falls on a singular era in the nation’s capital. Read more

This was supposed to go away’: The battle to shape how the world viewed Ahmaud Arbery’s killing. By Cleve R. Wootson Jr. and Michael Brice-Saddler / Wash Post

Akeem Baker could barely see straight as he finished reading the Brunswick News article about the shooting death of his best friend, Ahmaud Arbery. The Feb. 28 story offered scant details about what had led to the 25-year-old’s killing five days earlier, but it included a full account of Arbery’s criminal history — including the time he brought a gun to a high school basketball game in 2013. “It was like they were saying Ahmaud was just a terrible person that just deserved to die, like his death was justified,” Baker said. “His past was brought up — it had nothing to do with what happened on February 23.” Read more

Why Does the U.S. Military Celebrate White Supremacy? By The Editorial Board / NYT

The namings of 10 United States military installations across the South that were named for Confederate Army officers during the first half of the 20th century  reflect a federal embrace of white supremacy that found its most poisonous expression in military installations where black servicemen were deliberately placed under the command of white Southerners — who were said to better “understand” Negroes — and confined to substandard housing, segregated transportation systems and even “colored only” seating in movie houses. Read more

Related: Latinos in the military: High-ranking officer positions out of reach. By Adrianna Rodriquez / USA Today

Ilhan Omar On Her Memoir And Moving The Needle Toward Progressive Policies. By Lulu Garcia-Navarro / NPR

“I wasn’t afraid of fighting,” Ilhan Omar writes about her childhood in Somalia in her new memoir. “I felt like I was bigger and stronger than everyone else — even if I knew that wasn’t really the case.” In This Is What America Looks Like: My Journey from Refugee to Congresswoman, Omar chronicles her childhood in a middle-class family compound in Mogadishu, followed by civil war, four years in a refugee camp, a journey to the United States and ultimately her election to Congress as a Democrat representing Minnesota’s 5th district. Read more

Osaka earned $37.4 million the last 12 months from prize money and endorsements, $1.4 million more than Serena, setting an all-time earnings record for a female athlete in a single year; Maria Sharapova previously held the record with $29.7 million in 2015. Read more

Akim Aliu, a former National Hockey League player, gave a harrowing account this week in The Players’ Tribune about his experiences with racism in the sport. Aliu’s unusually frank post — in which he challenged the culture of the sport and named his tormentor — intensified a debate within the hockey community about efforts to diversify. Read more

NBA legend Magic Johnson is uniquely qualified to weigh in on the seemingly endless debate about who is a better basketball player between Michael Jordan and LeBron James. Johnson battled against Jordan in the NBA for the better part of a decade, and squared off against him in the 1991 NBA Finals. He also played with Jordan on Team USA’s “Dream Team” in 1992. Then, as an executive, Johnson helped the Lakers land James in free agency in 2018. Read more