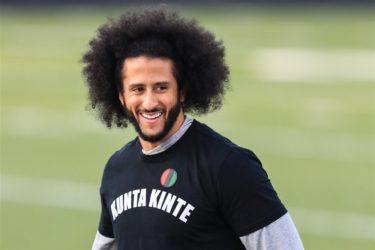 Kaepernick threatens people’s perception of the NFL, or at least that’s what the owners clearly believe, based on their collective disinterest in bringing him back into the league. When people like former NFL coach Rex Ryan talk about how they “don’t want the circus” in their locker room, they’re not just talking about a ton of media coverage or even negative press. That’s why his football skills, either when he was first pushed out or today, are not the point, as Ryan said in his statements on ESPN. Even if the reports from the workout were positive, the league will never really budge. Kaepernick is an impediment to the one thing the NFL actually cares about, which is profit. Read more

Stephen Miller has to go. By Paul A. Reyes / CNN

Miller’s continued presence in the White House is an insult to our fundamental values of decency, especially at a time when the US is holding a record number (more than 69,000) of migrant children in custody. Hate is not partisan. Hate is not political. Hate is hate — and does not belong in the White House. Stephen Miller must step down. Read more

On Tuesday, Elizabeth Warren released a plan for combatting white nationalist-inspired violence with a simple basic premise: Make the government take the problem seriously—maybe for the first time. Read more

The Supreme Court will hear oral arguments Wednesday in a staggering corporate case that could make it nearly impossible for ordinary people who face certain kinds of racial discrimination to ever get their day in court. And yet, most people don’t even know that their rights are on the docket — or that the nation’s second-largest cable company is behind it. Read more

I recently spoke with Gartner about Donald Trump’s mental state and the likelihood that impeachment will force the president to act out in even more dangerous and unpredictable ways. Gartner also explains the ways that Trump’s malignant narcissism manifests itself through sadistic pleasure, which may even be sexual in nature. Gartner also considers what will happen to Trump’s followers and their “fascist fever” when Trump is eventually no longer president of the United States. Read more

Today, many of the ideas Ignatiev proposed or refined—about the nature of whiteness, and about the racial dynamics that unfold among immigrant workers—are taken for granted in classrooms; they influence films, literature, and art. Ignatiev was not a typical graduate student, and his book, “How the Irish Became White,” was not meant to stay within the academy. Read more

Bloomberg Apologizes for Stop-and-Frisk at Just the Right Time. By Mara Gay / NYT

At a black church in New York on Sunday, Michael Bloomberg stood before the congregation and repented. He said the police stops of millions of black and Latino men when he was mayor, a practice known as stop-and-frisk, were a mistake. “Over time, I’ve come to understand something that I long struggled to admit to myself,” he said in the soaring sanctuary of the Christian Cultural Center, in East New York, Brooklyn. Read more

Another Confederate monument comes down, this time in North Carolina. By Jason Hanna and Joe Sutton / CNN

A Confederate monument that had stood in front of a North Carolina courthouse for 112 years was taken down overnight after months of debate and protests. It was the latest Confederate memorial in the South to be moved in the past few years amid a national debate about their purpose and necessity. Read more

Stacey Abrams won’t be on the debate stage when the Democratic presidential candidates face off in Atlanta on Wednesday, but that doesn’t mean she won’t be playing a role in the 2020 elections. Since Abrams’ loss to Republican Brian Kemp in the Georgia governor’s race last year, she’s worked to combat voter suppression, which Abrams alleges cost her the race. Ahead of the presidential election next year, Abrams is using her political action committee, Fair Fight, to repair what she believes to be a broken voting system in her state. Read more

How elite colleges can atone for their history with slavery. By Ben Crump / Wash Post

Elite universities can accelerate the United States’ slow trek toward atonement for slavery by dedicating some of their wealth — amassed on the backs of enslaved African Americans — to struggling HBCUs. Read more

Immigrants and some people of color are moving to the suburbs – but life there isn’t as promising as it once was. By Grigoris Argeros / The Conversation

I have examined data from the American Community Survey. American suburbs are changing – socioeconomically, demographically and structurally. As more people of color move there, they might not find the full range of opportunities and resources that white European ethnic groups did for most of the previous century. Read more

The Divide in Yakima Is the Divide in America. By Dionne Searcey and Robert Gebeloff / NYT

The changes in this farming valley, known as the nation’s fruit basket, mirror demographic trends in numerous U.S. cities where the population is becoming increasingly less white. Ms. Gutiérrez represents a major shift not only because of her ethnicity, but because of her age — she was 26 when first elected. In Yakima, young adults are nearly twice as likely to be Latino as older adults. Shown is Duce Guiterrez who was among the first Latino politicians ever elected in the Central Washington community of nearly 94,000 where the number of Latinos has doubled in just one generation, now making up almost half of the total population. Read more

Who Should Be Allowed To Adopt Native American Children? By Jennifer Bendery, Isaac Himmelman and Lena Jackson / HuffPost

Native American tribes got a big win in August when a federal court upheld the Indian Child Welfare Act, a pivotal 1978 law that requires states to prioritize placing Native children in foster or adoptive homes with Native families over non-Native families. But the decision by a three-judge panel of the U.S. Court of Appeals for the 5th Circuit is now being reconsidered by the full court, which announced earlier this month that it is granting a rehearing in a case known as Brackeen v. Bernhardt. Read more