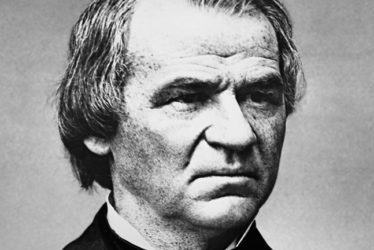 Featured – Making Impeachment Matter. Democrats need to face up to their constitutional duty without fear. By Alex Pareene / The New Republic

In a bit of fortuitous timing, spring 2019 saw the publication of Brenda Wineapple’s The Impeachers: The Trial of Andrew Johnson and the Dream of a Just Nation, a new history of the barely remembered impeachment of the seventeenth president. Johnson is known mostly as Lincoln’s reelection running mate, a loutish, ticket-balancing Southern Democrat who, after his elevation to the presidency, became a bitter foe of the Radical Republicans’ plan for postwar Reconstruction in the former Confederacy. Other journalists and critics, including Mother Jones’s Tim Murphy, have noted how much Johnson resembles Trump, in word and deed. Johnson was erratic, racist, operatically self-pitying, and blamed every failure of his administration on enemies he believed to be trying to destroy him. Must Read

Trump’s rise has ignited a lot of discussion around the meaning of nationalism and whether it’s a force for good or ill in American politics. Is nationalism necessarily reactionary and tribal, or can it be more inclusive? Can the notion of “American” be extended to include everyone regardless of race or gender or sexuality, given what nationalism means for a certain segment of the white population? A new book by Rich Lowry, editor of the conservative magazine National Review, argues that nationalism is unambiguously good and likely our only way forward as a country. His book, titled The Case for Nationalism, isn’t exactly a defense of Trumpism, but it is a blanket defense of American nationalism. Read more

For some 30 years, “‘Camp of the Saints’ published in 1973, has been a must-read within white supremacist circles for decades. Stephen Miller, Marine Le Pen and Steve King have touted it in recent years.. Published in 1973, the dystopian novel details how a flotilla of Indian migrants reach France’s southern coast to invade the country. Political elites fail to respond to the influx, and the continent is overrun. For nearly half a century, the book has stoked fears of immigration that have, to its supporters, seemed increasingly prescient as growing numbers of refugees and asylum seekers have arrived in Europe in recent years. Read more

While there are many factors playing into today’s division, the simplest one may be human psychology. Research suggests that often we do not draw conclusions based on a thorough examination of the facts. Rather, we reach a conclusion based on our prior beliefs — and then selectively bring evidence to support it. For most Democrats, the log of Trump’s phone call with Ukrainian President Volodymyr Zelensky, text messages between senior US diplomats and public depositions before the House Intelligence Committee confirm what they already believe to be true — that Trump poses a threat to the American people and puts his own interests before everyone and everything else. For many Republicans, the phone log, text messages and public depositions prove just the opposite. Read more 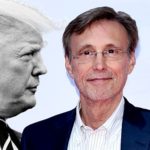 I recently spoke with Thom Hartmann about the Democratic Party, the 2020 presidential election, and the Age of Trump. He is the host of the most popular progressive radio show in the country, a New York Times bestselling author, and one of the country’s leading progressive voices. Hartmann’s new book is “The Hidden History of the Supreme Court and the Betrayal of America.” Read more

On and Off the Debate Stage, Democrats Contend with Race. By Eric Lach / The New Yorker Podcast

Key to any Democratic strategy in Georgia, and in other states, will be mobilizing black voters, ninety-three per cent of whom went for Abrams in 2018. Jelani Cobb joins Eric Lach to discuss the candidates’ messages on race, and how voter suppression efforts may play a role in the 2020 election. Listen here

Sen. Elizabeth Warren made a full-throated pitch to black women in a much-hyped speech here on Thursday night as she tries to tear into former Vice President Joe Biden’s durability with black voters. “The fighters I want to talk about tonight are black women,” Warren said at Clark Atlanta University, a historically black college. “When I am president of the United States, the lessons of black history will not be lost. Those lessons will live in every part of my presidency — and I will ask you to hold me accountable for that promise every single day.” Read more

Democrats Won Virginia by Investing in People of Color. By Steve Phillips / The Nation

Nguyen points out in her article that one secret of their success in Virginia was early and sustained investment in voter registration in communities of color—the populations responsible for the transformation of the state’s electorate and political leadership. Read more

What Democrats Need to Know to Win Latinos. By Arnold Garcia and Kyle Longley / NYT

By the evidence of the Democratic primary so far, it’s clear that no leading Democratic candidate has any idea of how to engage Latinos. The Latino electorate has always been complex, a reality that Democratic candidates, consultants and election “experts” fail to grasp or simply ignore. Read more

The Racism Right Before Our Eyes. By Jamelle Bouie / NYT

A potent example comes from a deep new investigation of housing discrimination. Working with outside experts, Newsday, the leading newspaper on Long Island, conducted a three-year investigation into racism in the housing market there, sending pairs of undercover testers (black and white, Hispanic and white, Asian and white) in sequence to realtors throughout the area. The testers reported racially disparate treatment in 40 percent of interactions with realtors. Read more

Former Baltimore Mayor Catherine Pugh pleaded guilty to corruption charges on Thursday, a day after federal prosecutors unsealed an indictment accusing her of using a fraudulent children’s book business to enrich herself and fuel her political career. Pugh, 69, a Democrat who took office in 2016, acknowledged her guilt to conspiracy to commit wire fraud and conspiracy to defraud the government and two counts of tax evasion. Read more

In the same way Montgomery, Ala., is widely viewed as the birthplace of the civil rights movement, Alcatraz Island should be recognized as the launchpad for the current era of Native American rights and activism. Fifty years ago, on Nov. 20, 1969, a group of Indigenous activists known as the Indians of All Tribes arrived at this former federal prison in the San Francisco Bay. They would occupy it for a year and a half. Protesting the government’s mistreatment of Native people. Read more

The Harvard case on considering race in admissions is a victory for diversity. By Ruth Simmons / Wash Post

How to address the more robust and dangerous differences among us is, in many ways, the central question of our democracy. As an educator, I have long believed that our most important role in preparing students for responsible citizenship is to assist them in understanding the differences that can divide society and, more important, the role that they can play in navigating, alleviating and mediating those differences. I cannot imagine holding our country together without such capacities. Read more

“She Found Us in the Deserts of Ourselves.” Toni Morrison’s remarkable memorial service in New York City. By Rachelle Hampton / Slate

In December of 1987, six years before she would win her Nobel Prize, Toni Morrison stood in front of the crowd of thousands that filled the Cathedral of St. John the Divine on the Upper West Side of New York. They had gathered for the funeral service of James Baldwin, the first held in that cathedral since the death of Duke Ellington over a decade prior. More than 30 years later that same theme of finding a home in the clear, clear view of someone now gone echoed at St. John the Divine on Thursday, during a memorial celebration of Morrison’s life. Read more

Dragging their feet on VAWA, the GOP proved again that protecting women and honoring tribal sovereignty aren’t priorities in modern conservative politics. The Violence Against Women Act (VAWA), a landmark 1994 bill aimed at curbing domestic and sexual violence, which currently has to be renewed every five years, lapsed in February. On Thursday, the GOP unveiled its counterintuitive, anti-Indigenous VAWA replacement. Read more

Filming the Black Belt: An Interview with RaMell Ross. By Max Fraser / Dissent

In a year when two major studio films—BlacKkKlansman and Green Book—dominated debates about race and the movies, RaMell Ross’s extraordinary 2018 debut, Hale County This Morning, This Evening, can sometimes feel like it was made on another planet. The film loosely follows two young men, Daniel Collins and Quincy Bryant, as they move through the final years of adolescence and into full adulthood. Read more

Entering this season, Rivers wanted Beverley to continue to play with the anger and intensity that made him one of the leaders of the team. But Rivers made it clear that he wants Beverley to play with emotion, not be emotional. Channeling his emotion is something Beverley has been working on in recent years, but he has been growing since one fateful summer in Chicago. When asked to consider what his life would be without professional sports, the Clippers guard doesn’t hesitate: “I probably would’ve been the best drug dealer in the world.” Read more

Soul singer Jimmy Dennis spent 25 years in prison for a murder he didn\’t commit. But he never gave up on music — or justice. Listen here