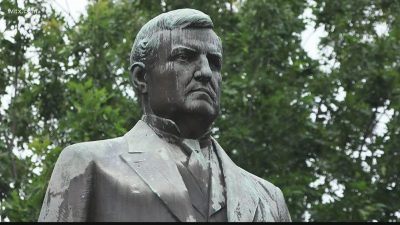 Featured – American History Is Getting Whitewashed, Again. By Kali Holloway / The Nation

The backlash against critical examinations of American history is happening because telling the truth implicates white America in the second-class citizenship of Black folks today. Acknowledging America’s racist immorality, the unceasing physical and political violence it has inflicted on Black people since its founding, destroys White claims to innocence and self-absolution, doing away with the cherished White American fallacy that our racial caste system is an accidental consequence of Black people’s inherent pathologies and inferiorities and not the engineered outcome of systemic oppression and racism. Shown is Benjamin Tillman who essentially rewrote South Carolina’s Constitution, ending Reconstruction-era Black political influence and stripping Black folks of the right to vote.   Read more 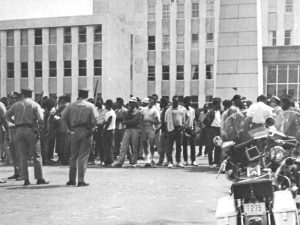 The story is all too familiar: a Black teenager suspiciously dies in a county jail. Law enforcement’s explanation of what happened doesn’t line up with the boy’s injuries. In response, people protest in the streets and, violence erupts. These events didn’t happen last month. They happened in 1970 in Augusta, Ga. For two days, starting on May 11, 1,000 Black residents rebelled against the city’s systemic oppression. More than 100 blocks of neighborhoods and businesses — about 7 miles — were ransacked and vandalized. Police killed six Black men. Read more

Related: Without the Right to Protest, America Is Doomed to Fail. By Patrisse Cullors / NYT

During the first presidential debate, Donald Trump was asked by moderator Chris Wallace if he would “urge” his followers to remain calm during a prolonged vote-counting period after the election, if the winner were unclear. “I am urging my supporters to go into the polls and watch very carefully because that is what has to happen, I am urging them to do it,” Trump said. “I hope it’s going to be a fair election, and if it’s a fair election, I am 100 percent on board, but if I see tens of thousands of ballots being manipulated, I can’t go along with that.” Read more

Related: The Attack on Voting in the 2020 Elections. By Jim Rutenberg / NYT Magazine 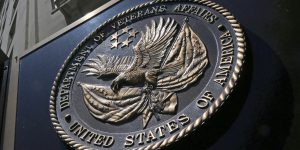 The Government Accountability Office will investigate claims of systemic racism within the Department of Veterans Affairs, lawmakers said Thursday, two months after a government union said most of its surveyed members saw racism as a problem inside the agency. The survey of 1,500 union members who are VA employees concluded that nearly 80 percent of staffers said racism is a moderate or serious issue, with more than half reporting they had witnessed racism aimed at veterans, according to the American Federation of Government Employees. Read more 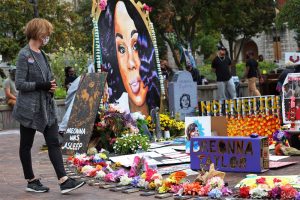 Newly released grand jury recordings, including testimony from police and witnesses, in the Breonna Taylor case paint a chaotic and confusing scene leading up to the woman’s fatal shooting. In the recordings released Friday, police officers said they knocked and announced their presence before entering Taylor’s apartment. But her boyfriend said he did not hear officers identify themselves and instead fired toward the front door. Read more 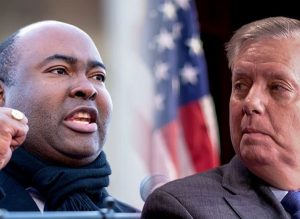 Jaime Harrison and Lindsey Graham have been battling it out over the airwaves for months. On Saturday night, as the surprisingly competitive South Carolina Senate race has reached a fever pitch, they finally met face-to-face on the debate stage. Harrison accused Graham of flip flopping on his word and breaking the trust of his voters. Graham, the three-term GOP incumbent, warned South Carolinians they wouldn’t recognize their country if Democrats took control in Washington. Read more 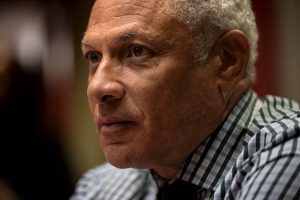 Between 1875 and 1890, the Democrats maintained electoral control by fraud, threats of violence, actual violence and economic coercion.” In 1890, Mississippi called another constitutional convention designed to write white supremacy into the soul of the state, guarantee white control and disenfranchise Black voters for generations.   In 1986, a young Black lawyer and state official named Mike Espy was elected the first Black congressman from Mississippi since the late 1800s. He was re-elected three times. Now he’s trying once again to make history by becoming the first Black senator from the state since Reconstruction, and the first popularly elected one from the state. Read more 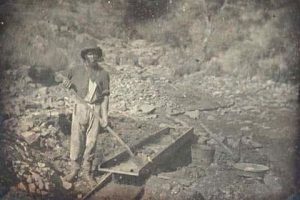 California was a free state. But there was still slavery. Now reparations are on the table. By Gillian Brockell / Wash Post

Robert Perkins built a successful mining supply business near Sacramento after his enslaver returned to Mississippi without him. Then he was arrested. Bridget “Biddy” Mason was enslaved in San Bernardino. When her enslavers wanted to take her with them to Texas, she knew she had to make a move. These are just some of the hidden stories of slavery in California that may soon get new attention after Calif. Gov. Gavin Newsom (D) signed a law Wednesday that will establish a task force to study the state’s role in slavery. The task force will make recommendations for reparations, a formal apology and how to educate the public about this history. Read more 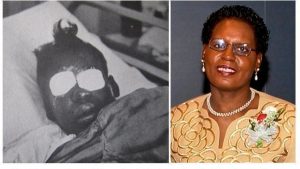 Alabama Gov. Kay Ivey (R) on Wednesday extended a “sincere, heartfelt apology” to a survivor of the 1963 Klan bombing of a Black church in Birmingham — an act that shocked the nation and helped speed passage of the landmark Civil Rights Act. The bombing on Sept. 15, 1963 “was one of the darkest days in Alabama’s history,” Ivey (R) wrote in a letter to attorneys for Sarah Collins Rudolph, who is now 69. “If any good could come from something so bad and evil, it was the momentum that was created to spur many profound and long-overdue changes — changes that were not only beneficial for our state but also the entire nation.” Read more 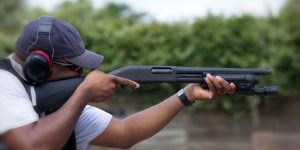 African Americans account for the biggest increase in gun sales among any demographic group, according to the National Shooting Sports Foundation, an organization that measures the purchases of firearms. Over the first six months of 2020, gun sellers reported 10.3 million in transactions, which is a record. Compared with last year, that represents a 95 percent increase in firearm sales and a 139 percent increase in ammunition sales. But Black people, amid an increasing coronavirus pandemic and nationwide demonstrations over racism and police violence have represented the largest number of purchases since 2019, according to a survey conducted by the National Shooting Sports Foundation. Read more 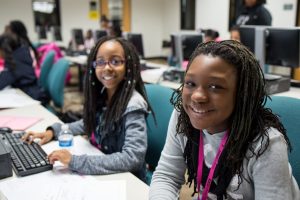 Statistically, Black boys have led the country in suspensions, expulsions and school arrests, and the disparities between them and white boys have been a catalyst for national movements for change. But Black girls’ discipline rates are not far behind those of Black boys; and in several categories, such as suspensions and law enforcement referrals, the disparities between Black and white girls eclipse those between Black and white boys. Read more 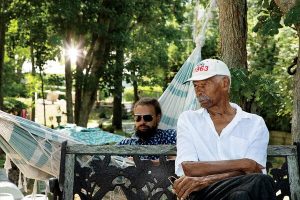 Even long after the abolition of slavery, most Black people in the United States had difficulty becoming homeowners, primarily because they were discriminated against when they tried to get bank loans. Their mere presence in a neighborhood was also thought to devalue property, so many white residents wouldn’t live near them. In Eastville, things were different: In 1840, in response to segregated conditions at Sag Harbor’s churches, Black people were even able to build their own church, St. David A.M.E Zion, which is believed to have been a stop on the Underground Railroad. Read more

Nobel Prizes have a diversity problem even worse than the scientific fields they honor. By Marc Zimmer / The Conversation

As a chemist who has also investigated how science is done, seeing scientists and their research jump to the top of the public’s consciousness thanks to all the Nobel hoopla is gratifying. But in the 119 years since the Nobel Prizes were first given out, only 3% of the science awardees have been women and zero of the 617 science laureates have been Black. The vast majority of those now-famous role model scientists are white men. This is a problem much larger than simply bias on the part of the Nobel selection committees – it’s systemic. Read more 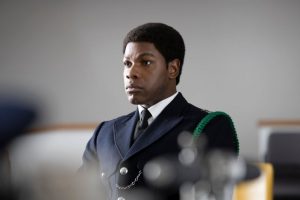 Leroy Logan (John Boyega), who doesn’t exactly find a welcoming crowd when he becomes the sole Black officer in the Metropolitan Police Force circa 1983, and “Red, White and Blue” finds him at constant odds with his idealism. McQueen’s gripping true-life drama compensates for some of its more heavy-handed beats thanks to Boyega’s staggering, career-best performance and the fiery tone that surrounds it at every turn. The movie is both a ferocious indictment and a call to action that embodies Logan’s cause, even if it’s doomed from the start. Read more 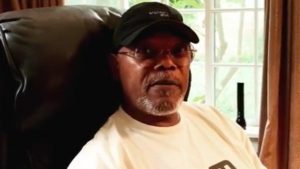 Samuel L. Jackson is combining his interest in history and the ocean for a new docuseries on the trans-Atlantic slave trade. The actor appears in the series and executive produces it with his wife, LaTanya Richardson Jackson. The project, titled “Enslaved: The Lost History Of The Transatlantic Slave Trade,” airs on Epix and features a team of divers who use newly developed diving technology to locate six sunken slave ships in Florida, the Caribbean, and the U.K. Read more 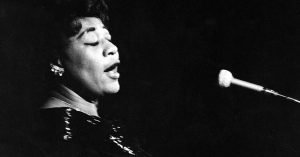 You could say that Fitzgerald was to singing what Yo-Yo Ma is to the cello: utter perfection, personified. Fitzgerald thinks of the note, she hits the note. She learns the song, she becomes the song. Still, there’s a sacred exchange going on. Rather than beckoning you in, Fitzgerald is bringing the music to you. And the effect is undeniable — you’re disarmed. And this week, the pleasure grows: On Friday the Verve Label Group will release “Ella: The Lost Berlin Tapes,” documenting a concert that she gave there two years after her famed first appearance. Read more 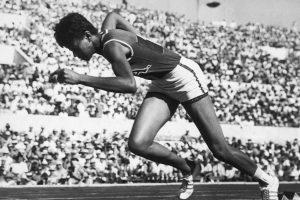 Vilma! Vilma! Vilma! On September 8, 1960, Rome’s Stadio Olimpico rumbled with exuberant cheers as the crowd celebrated the woman known as “the Tennessee Tornado” and “the Chattanooga Choo-Choo.” The Italian press called her “the Black Pearl.” The French dubbed her “the Black Gazelle.” The Russians considered her “the Queen of the Olympics.” The woman was Wilma Rudolph. Earlier in these Olympic Games, she won the 100-meter and 200-meter dashes. Then, in the 400-meter relay, she fumbled the baton on the exchange, only to overtake West Germany’s Jutta Heine during a dramatic anchor-leg comeback. Sixty years ago this month, she became the first American woman to win three gold medals in one Olympic Games. Read more 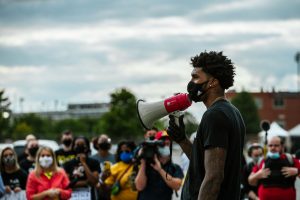 The night after a grand jury decided not to charge Louisville police officers with the killing of Breonna Taylor, Los Angeles Laker LeBron James, coming off a playoff victory, used the postgame interview to express his emotions about the news: “We lost a beautiful woman in Breonna that has no say in what’s going on right now. We want justice no matter how long it takes.” What is remarkable about comments like these is how commonplace they are becoming. Read more 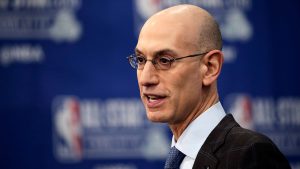 NBA commissioner Adam Silver said during his annual NBA Finals media address on Wednesday night that, while he does not believe in forcing teams to make diverse head coach hirings, he expects the league to improve in this area. Silver also addressed the league’s social justice efforts during the NBA’s restart in the bubble. “In terms of the social justice messages, ‘Black Lives Matter’ on the court, the words that are on the jerseys, that was something that was initiated by the players association,” Silver said. “As I said earlier, there were really three factors in terms of how it was that we would restart, and social justice was one of them. Read more