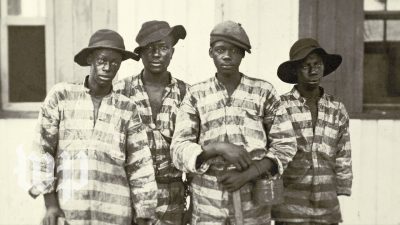 Featured – The origins of policing in America. Wash Post Video

Khalil Gibran Muhammad and Chenjerai Kumanyika explain how American policing grew out of efforts to control the labor of poor and enslaved people. Watch here

Related: ‘You are going to get your a– whooped’: Trooper won’t be charged for violent stop involving Black driver. By Justin Jouvenal / Wash Post 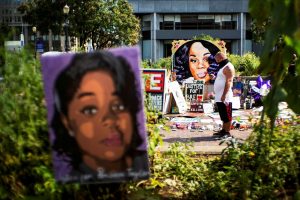 Answers and accountability are desperately needed in the Breonna Taylor case. By Editorial Board / Wash Post

THE PROCESS was broken from the beginning, on March 12, when a judge in Kentucky’s Jefferson County signed off on the no-knock search warrant that led to the death of Breonna Taylor. It remains broken today. New questions have been raised about the actions of Louisville police as well as those of the state’s Republican attorney general who declined to bring criminal charges against the two officers who shot and killed Ms. Taylor. Answers and accountability are still desperately needed, which buttresses calls for appointment of a special prosecutor. Read more 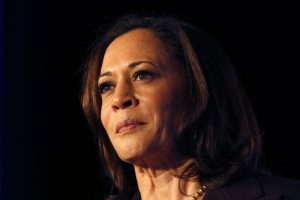 If the ex-VP and California senator do prevail in November, though, it’s looking more and more like — even under normal circumstances — Harris is poised to wield a whole new kind of influence as second-in-command. That’s not just because of the virus, or even because Biden seems intent on modeling the shape of her vice-presidency after his own unusually powerful tenure: As a condition of accepting the veep role, the Delaware senator had demanded he serve as Barack Obama’s senior-most adviser. Read more

Related: In her first race, Kamala Harris learned how to become a political brawler.  By Michael Kranish / Wash Post

Related: The Harris-Pence Debate Is a Face-off Between Two Americas. By Eric Levitz / NY Mag 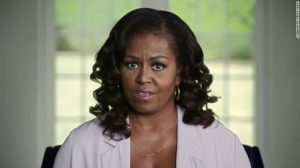 Michelle Obama releases closing campaign message: Vote for Biden ‘like your lives depend on it. By Sarah Mucha and Jeff Zeleny / CNN

Former first lady Michelle Obama made her closing message to Americans in a campaign video released less than a month before Election Day, saying President Donald Trump and his allies are “stoking fears about Black and Brown Americans” to win an election and calling the President’s actions “morally wrong” and “racist.” Watch here 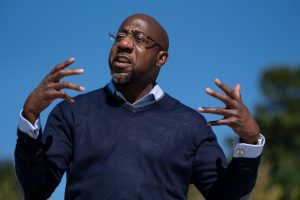 When the Rev. Raphael Warnock arrived at the Powder Springs Amphitheater for a political rally Saturday he was not happy with the reception he got. So he employed a trick honed from his work in the Baptist Church. “I can’t hear you,” he yelled, momentarily transforming the stage to a pulpit. “I’m a Baptist preacher. … Hello everybody!!” The crowd roared. It is that ability to appeal to voters as a pastor of one of the most important churches in the nation while slowly transitioning into a politician that has positioned Warnock as a front-runner in a contentious 21-candidate race for the U.S. Senate. Read more 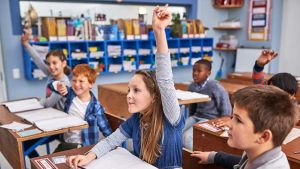 Why Trump’s Myth of American Exceptionalism Is So Dangerous. By Rann Miller / The Progressive

The corrupt story Trump continues to tell enables many to believe that the United States is “the greatest nation in this history of the world,” despite long-standing racial inequities, now even further exposed by a global pandemic. It’s a story many white people want to believe, that America wasn’t founded on Black oppression and Indigenous removal, but on liberty and justice for all. His call for “patriotic education” denies the truth of racism in the United States. Read more

Related: In Trump’s bizarro world of White resentment, calling out racism is itself racist. By Paul Butler / Wash Post 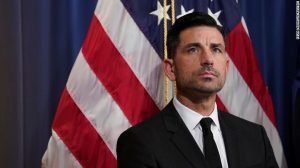 White supremacist extremists will remain the deadliest domestic terror threat to the United States, according to the Department of Homeland Security’s first annual homeland threat assessment, which details a range of threats from election interference to unprecedented storms. Since 2018, White supremacists have conducted more lethal attacks in the US than any other domestic extremist movement, demonstrating a “longstanding intent” to target racial and religious minorities, members of the LGBTQ+ community, politicians and those they believe promote multi-culturalism and globalization, according to the report. Read more

Related: “Stand back and stand by”: New report links Trump and NRA to rise of militias behind violent threats. By Igor Derysh / Salon

Related: ‘My life as a hater’: The dire warning from a white power leader’s son. By Alex Hosenball, Evan Simon, and Mike Levine / ABC News

Related: How Wisconsin Became a Bastion of White Supremacy. By Emma Roller / The New Republic 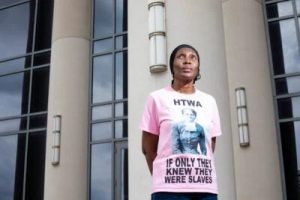 In Florida, the Gutting of a Landmark Law Leaves Few Felons Likely to Vote. By  Lawrence Mower and Langston Taylor / Propublica

Rosemary McCoy fought for the passage of a landmark Florida law allowing felons to vote. She registered to vote but won’t cast a ballot in this election because she owes restitution from a five-year-old conviction. Nearly two years after Florida voters approved a landmark constitutional amendment allowing felons to vote, state officials don’t know how many have registered. They also don’t know how many felons on the voter rolls owe court fees, fines or restitution that would disqualify them from voting under a subsequent state law that limited the amendment’s scope. Read more 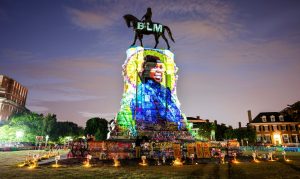 The Andrew W. Mellon Foundation, the largest humanities philanthropy in the United States, has pledged to spend $250 million over five years to help reimagine the country’s approach to monuments and memorials, in an effort to better reflect the nation’s diversity and highlight buried or marginalized stories. The Monuments Project, the largest initiative in the foundation’s 50-year history, will support the creation of new monuments, as well as the relocation or rethinking of existing ones. And it defines “monument” broadly to include not just memorials, statues and markers but also “storytelling spaces,” as the foundation puts it, like museums and art installations. Read more

Related: Confederate Statues Come Down Around U.S., But Not Everywhere. By John Burnett / NPR 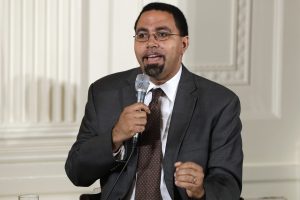 John B. King Jr., who served as education secretary in the Obama administration, said he has raised $1 million and will launch a political advocacy organization Monday aimed at dismantling systemic racism in Maryland’s education, economic and climate policies. King, who lives in Silver Spring and traces his Maryland roots to slavery, said the pandemic and the national reckoning on race have laid bare inequality that’s impossible to ignore. Read more 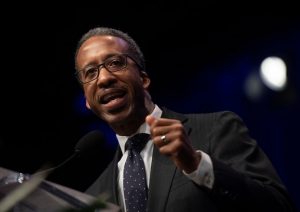 The nation’s capital would be the latest jurisdiction to seriously explore providing reparations to the descendants of enslaved people under legislation proposed by a member of the D.C. Council. The bill to establish a task force to study reparations comes after District residents demanded racial justice and equity during protests over the summer after the police killing of George Floyd in Minneapolis. Announced Monday by Council member Kenyan R. McDuffie (D-Ward 5), the legislation would instruct the nine-member task force to scrutinize the economic impact of slavery as well as racist policies that continued after it was abolished to recommend a plan for economic atonement to help African Americans in the District. Read more 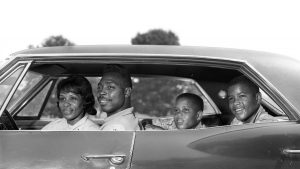 The Nobility of Mobility: A Road Trip Through Racism. By Ed Rampell / The Progressive

White people who benefit from what W.E.B. Du Bois called “the wages of whiteness” usually take the ordinary process of going from here to there for granted. But as Stanford professor Allyson Hobbs points out, this everyday right was historically “not available to all Americans.” Today, as Pasadena City College professor Christopher West observes, “driving in a racist society” persists as a “gut-wrenching horror.” Read more 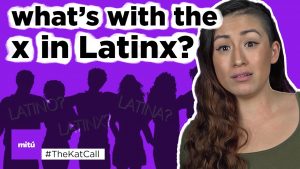 The term “Latinx” is a hotly contested term in the community. Gender nonbinary and LGBTQ Latinxs say it’s a gender-inclusive and neutral term to refer to individuals and the community. Watch here 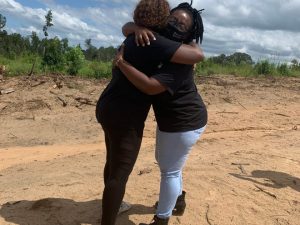 Scott said she and Walters created the Freedom Georgia Initiative and recruited 17 other Black families to purchase the land with hopes of developing it into an “authentic Black community and culture that feels safe, feels prosperous.” Walters, the president of Freedom Georgia Initiative, said the neighboring communities have been welcoming and the only negative reactions the group has seen have been from “internet trolls.” She was quick to dispel the misconception that the land is exclusively for Black families. Read more 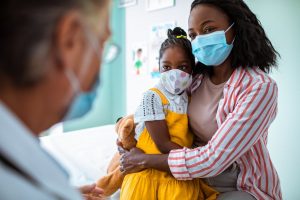 Why a Hospital Might Shun a Black Patient. By Amol S. Navathe and Harald Schmidt / NYT

The way medical professionals are paid keeps structural racism alive. It’s unethical and it must change. The expression “Money talks” is typically used to mean that those who are better off are able to get what they want and deserve. Equity-oriented payment reforms can make money talk in a different way, a way that makes physicians and hospitals see every patient’s life as equally worth saving. Read more

Related: Wealthy Would Get Billions in Tax Cuts Under Obamacare Repeal Plan. By Jesse Drucker / NYT 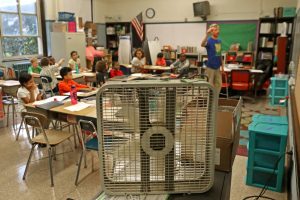 Rising temperatures are widening the racial achievement gap in United States schools, new research suggests, offering the latest evidence that the burdens of climate change fall disproportionately on people of color. In a paper published Monday in the journal Nature Human Behavior, researchers found that students performed worse on standardized tests for every additional day of 80 degrees Fahrenheit or higher, even after controlling for other factors. Those effects held across 58 countries, suggesting a fundamental link between heat exposure and reduced learning. Read more 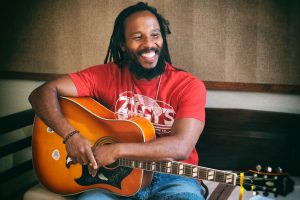 Ziggy Marley is a global music royal with a deep Rolodex. His latest is a children’s album that, like his 2009 release Family Time, is full of famous friends and very kind vibes and intentions. Marley says he wanted to reflect the spirit of his four-year-old son, Isaiah, and to help create the right Saturday-morning pajama jam vibe, he’s recruited his other children to appear on the album. The result is an ideal time filler for parents looking for something/anything to put on the stereo and get your kids shaking out the sillies between bouts of remote learning. Read more 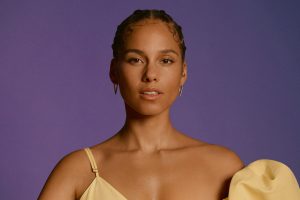 Alicia Keys Gives Us All a Helping Hand on ‘Alicia.’ By Jon Dolan / Rolling Stone

When Alicia Keys made her debut nearly 20 years ago, the primary engine of her music was musicianship itself — her ability to passionately yet effortlessly elide the distance between classicism and modernity, entwining genres and eras in her playing, singing, and writing. Alicia is one of her most musically engaging LPs, with production from Mark Ronson, Sampha, Tricky Stewart, and her husband, Swizz Beatz, among other reliable hands. Alicia moves easily between moods and styles, from the disco throwback “Time Machine,” to “Me X 7” (a bit of moody R&B ache with Tierra Whack), to the slinky reggae of “Wasted Energy,” with Tanzanian singer Diamond Platinumz. Read more

Serena Williams says she has been “undervalued” and “underpaid” during her tennis career, despite having earning four Olympic gold medals and 23 Grand Slam singles titles to date. It’s been an uphill battle for Williams over the years, who made her tennis debut in the 1990s alongside her sister Venus. She’s also has dealt with systematic prejudice and racial commentary on her physical appearance. Read more