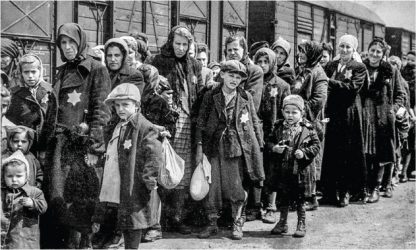 Ruth Bader Ginsburg was one of eight Jewish justices ever to serve on the Supreme Court. Ginsburg, who died Friday as Jews around the world began celebrating Rosh Hashanah, spoke about her Jewish identity and the horrifying history of anti-Semitism in a 2004 speech at the U.S. Holocaust Memorial Museum. Here are her full remarks. Read more 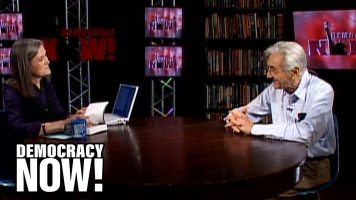 This week President Trump described the work of the legendary historian Howard Zinn, who died in 2010, as “propaganda” meant to “make students ashamed of their own history.” But Zinn believed the opposite, that teaching the unvarnished truth about history was the best way to combat propaganda and unexamined received wisdom. We air excerpts from a 2009 interview with Zinn in which he explained his approach to education. “We should be honest with young people; we should not deceive them. We should be honest about the history of our country,” Zinn said. Watch here

Related: Princeton Admitted Past Racism. Now It Is Under Investigation. By Anemona Hartocollis / NYT 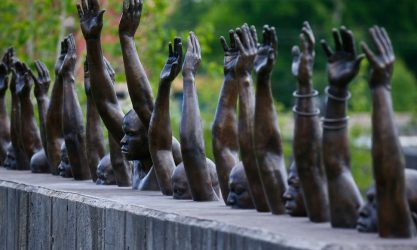 A state panel will begin documenting Maryland’s 42 known racial terror lynchings, the first such government-backed commission created to confront a jurisdiction’s brutal history of lynchings and increase the public’s understanding of the practice. The Maryland Lynching Truth and Reconciliation Commission is expected to begin taking oral histories and collecting documents in the coming months as part of an intensive, three-year study of the killings, which were often by hanging and committed by perpetrators who were never held accountable. Read more 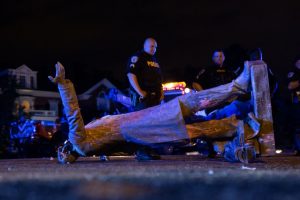 A university in Virginia, the former capital of the Confederacy, is to remove all symbols honoring Confederate supporters from its campus as such items nationwide face a mounting push against such monuments nationwide (shown is Jefferson Davis statue). This move will see plaques taken down as well as the names of figures linked to the confederacy taken from the names of several buildings on campus. Michael Rao, president of Virginia Commonwealth University, said in a statement: “Expert historical analyses reveal a more complete story of the meaning of all of these memorials and commemorations that we cannot ignore nor accept. Read more

In the film “I Heard It Through the Grapevine,” the author travelled south to find out what really became of Black Americans after the protest movements of the nineteen-sixties. Watch here 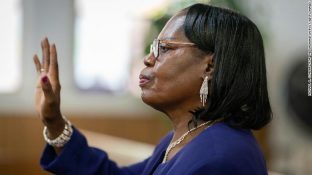 Sarah Collins Rudolph lost an eye and her sister was killed when Ku Klux Klan members bombed 16th Street Baptist Church in 1963. Since that day, she’s felt forgotten by officials who never offered her payment or support, let alone their condolences. Collins Rudolph’s lawyers are now pressing Alabama Gov. Kay Ivey to offer her restitution for the losses she suffered and the burdens of the bombing she’s carried with her throughout her life. Read more 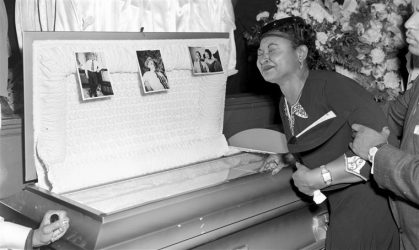 Senators seek highest civilian honor for Emmett Till and his mother. By Associate Press / NBC News

Congress should give the nation’s highest civilian honor posthumously to Emmett Till and his mother, Mamie Till-Mobley, a Republican and a Democratic senator said Wednesday. Sens. Richard Burr, R-N.C., and Cory Booker, D-N.J., said the Congressional Gold Medal is long overdue for the Till family. Till was a black teenager lynched in Mississippi in 1955 by white men who were later acquitted despite eyewitness testimony tying them to the killing. He had been accused of whistling at a white woman. Read more

FiveThirtyEight’s Kaleigh Rogers reports that “Black voters’ ballots are being rejected at more than four times the rate of white voters” in North Carolina as of Sept. 17. According to Rogers, “the vast majority of these ballots were rejected because voters made a mistake or failed to fill out the witness information,” although she also notes that these voters can still have these ballots counted because “North Carolina allows for a process called ‘vote curing,’ where voters are notified that there’s a mistake and given a chance to fix their ballot.” Read more

With less than two months until the presidential election, Asian American and Pacific Islander voters are favoring Democratic candidate Joe Biden, according to a survey published Tuesday that examined the community’s attitudes toward the election. The survey revealed that 54 percent of Asian Americans would vote for Biden if they were to choose today, while about 30 percent would pick President Donald Trump. Another 15 percent reported that they were undecided, according to the survey by the nonprofits AAPI Data, APIAVote and Asian Americans Advancing Justice|AAJC. Read more

On Thursday, the Democratic challenger to Sen. Lindsey Graham (R-SC) announced that he had raised $1 million just in the last 24 hours. Graham, who has won previous elections by comfortable margins and was a close friend of the late Sen. John McCain (R-AZ), has become a nationally controversial figure in recent years as he has tied himself heavily to President Donald Trump — despite being a fierce critic of him during the 2016 election. Read more 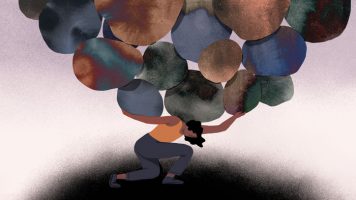 Sixty percent of Black households are facing serious financial problems since the pandemic began, according to a national poll released this week by NPR, the Robert Wood Johnson Foundation and the Harvard T.H. Chan School of Public Health. That includes 41% who say they’ve used up most or all their savings, while an additional 10% had no savings before the outbreak. Latinos and Native Americans are also disproportionately affected by the pandemic’s economic impact. Seventy-two percent of Latino and 55% of Native American respondents say their households are facing serious financial problems, compared with 36% of whites. Read more

According to a report from the Wall Street Journal, the Treasury Department has launched an internal investigation into the U.S. Mint in response to accusations contained in a letter delivered to Treasury Secretary Steven Mnuchin by Black employees back in June.  According to the Journal, which has reviewed the letter, the department has been accused of “rampant racism” that includes a lack of diversity at the executive level and the failure of attorneys at the U.S. Mint to take complaints seriously. Read more

Forced Sterilization of Women of Color Is an American Tradition. By Natasha Lennard / The Intercept

Holding the United States accountable in any robust sense requires a reckoning with the ways it has been defined by the control of Black and brown bodies: domestically, at its borders, and internationally. There need be no explicit policy of forced sterilization for a eugenicist system to exist. Normalized neglect and dehumanization are sufficient. These are Trumpian specialties, yes, but as American as apple pie. Read more

Fifty years ago, Newark, New Jersey, elected its first Black mayor—Kenneth Gibson (shown)—at a moment when there was an urgency to address police violence. Three years earlier, the 1967 Newark Rebellion, which began in response to the police beating of a Black cab driver, resulted in dozens of deaths—including two children—at the hands of police and the National Guard. Police violence was nothing new for Black Newarkers. For years the Newark Police Department had earned a reputation for the violence it meted out to Black and Puerto Rican citizens. But the city had never before experienced police violence on such a scale as in 1967. Read more 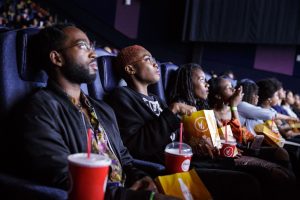 A new study looking at the power of the media in America demonstrates the need for diverse stories and storytellers in Hollywood. The #RepresentationMatters report, released Thursday by the National Research Group, showed that 2 in 3 Black Americans say they don’t see themselves or their culture represented in movies or television, with 86% of Black Americans wanting to see more of these representative stories on screens. Read more

There is a warmth among the Black men and women that form the horseback riding community in North Philadelphia, and the appealing drama “Concrete Cowboy” lets viewers sit around a campfire with these characters as they drink, smoke, and talk about the whitewashing of Black history, real estate development, and other forces threatening their heritage. But this film, which premiered this week at the Toronto International Film Festival, does not sit back and relax very often. Read more

Dak Prescott is embracing his platform to encourage change. By Jean-Jacques Taylor / The Undefeated

Dak Prescott has had an awakening. As the face of the Dallas Cowboys, quarterback Prescott is just now embracing every aspect of his powerful platform. No longer does the 27-year-old co-sign everything Cowboys owner Jerry Jones says when it comes to social justice, fighting police brutality and standing for the national anthem before games. Prescott has found his voice. More importantly, he’s using it. In June, Prescott posted a powerful four-image Instagram post to his 1.9 million followers about the importance of fighting police brutality and social injustice. Read more

Serena Williams may have lost out on a chance to tie the Grand Slam wins record, but, as The Undefeated’s Bill Rhoden writes, her legacy as a winner is already set. Watch here