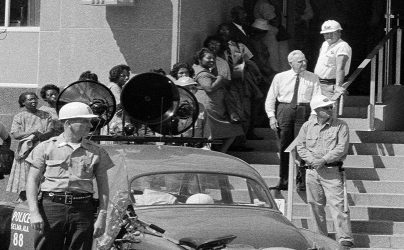 The interview took place on the afternoon of October 9, 1963, just two days after Baldwin returned to New York from Selma, Alabama, where he had taken part in “Freedom Day,” a Black voter-registration drive organized by the Dallas County Voters League and the Student Nonviolent Coordinating Committee (sncc). Selma is a town in Dallas County, part of the so-called Black Belt, where Black voting registration was almost nonexistent. In Dallas County, the population at the time was fifty-eight per cent Black; only one per cent of the Black population was registered to vote. Shown are Black citizens standing in line to vote. Must read 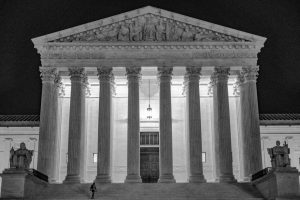 They are trying to reshape the courts for a generation, if not longer, so that as their numerical advantage slips away, their power imbalance will have already been enshrined. As America becomes less religious and less white, more galvanized to fight climate change, more open to legalizing marijuana and more aware of systemic racism, the religious conservative spine of the Republican Party is desperate for a way to save a way of life that may soon be rendered a relic. Read more

Related: McConnell Is On The Losing Side of History — And He Knows It. By John F. Harris / Politico 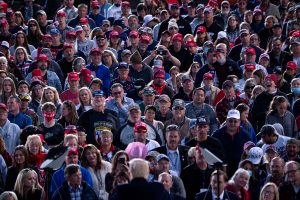 Last Friday, on the night that Ruth Bader Ginsburg died, Donald Trump made a campaign appearance in Bemidji, a small city in northern Minnesota. Trump played to the base instincts of an adoring crowd at the airport, where MAGA hats outnumbered face masks by an extraordinary margin — before he slipped into a terrifying embrace of eugenics, “the racehorse theory” of human breeding, and the superiority of Minnesota genes. Read more 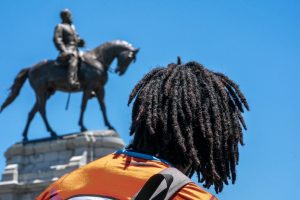 Four principles to guide us on whose statues should topple and whose should remain. By Robert McCartney / Wash Post

In the storm of crises (covid-19, the recession, Supreme Court vacancy, etc.), it’s easy to overlook the fact that the United States is engaged in the most intensive purge ever of our common historical memory. The removal of monuments and relics of the Confederacy, and other vestiges of slavery and national dishonor, is proceeding at an unprecedented pace and scale, historians say. Below are four principles to guide decisions on which statues should go and which should remain. Read more

Related: These Confederate statues were removed. But where did they go?  By Erik Ortiz / NBC News 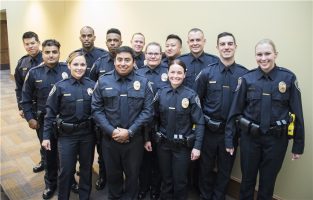 As the U.S. Grows More Diverse, Most Police Departments Haven’t Kept Up. By Lauren Leatherby and Richard A. Oppel Jr. / NYT

Amid a national outcry over the lack of diversity in institutions across the United States, new federal data show that rank-and-file officers in hundreds of police departments are considerably more white than the communities they serve. Of 467 local police departments with at least 100 officers that reported data for both 2007 and 2016, more than two-thirds became whiter relative to their communities between those years, according to a New York Times analysis of the data. Read more

Related: How a debate over police funding escalated in Norman, Oklahoma — and divided the town. By Jon Schuppe / NBC News 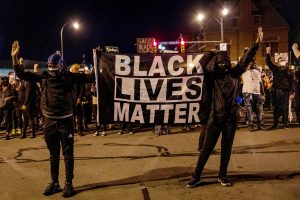 Public support for the Black Lives Matter movement has dropped since June. By Simret Aklilu / CNN

Protests following the death of George Floyd helped shed light on the plight of Black Americans and bolstered support for the Black Lives Matter movement. A majority of adults — 55% — said this month that they support the movement, but it’s a notable drop from the 67% who said the same between June 4 and 10, the report by the Pew Research Center shows. Among respondents who say they strongly support the movement, the numbers dipped to 29% between September 8 and 13 from 38% about three months prior. Read more

Related: Black Protest Leaders To White Allies: ‘It’s Our Turn To Lead Our Own Fight.’  By Brian Mann and Elizabeth Baker / NPR 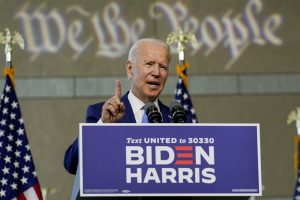 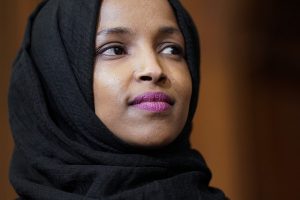 Ilhan Omar Is Not Here to Put You at Ease. By David Marchese / NYT

Few members of Congress have been as much of a political lightning rod during the storm-heavy Trump era as Ilhan Omar. The spotlight has at times been useful, as the 37-year-old Democratic congresswoman from Minnesota has become a prominent voice on issues like racial justice and police reform. But it has also resulted in disturbingly violent rhetoric from her opponents on the right. “I have — in one body — six or seven marginalized identities,” said Omar, who this year published an autobiography, “This Is What America Looks Like,” “and there’s an expectation from everyone on how those particular identities should behave.” Read more 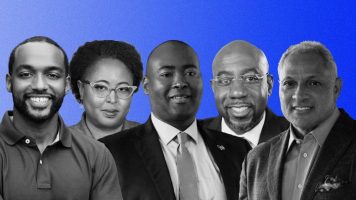 2020 Could Be A Breakthrough Year For Black Senate Candidates. By Amanda Terkel and Kevin Robillard / HuffPost

There have been 1,307 people who have served in the U.S. Senate throughout its history. Only 10 of them have been Black. Those numbers could skyrocket following the November election. Six Black non-incumbent candidates won major party nominations for Senate seats. Victories for the five Democrats and one lone Republican would constitute a dramatic increase in representation in a body that’s been stubbornly white, wealthy and male for nearly all of its 200-plus years. Read more 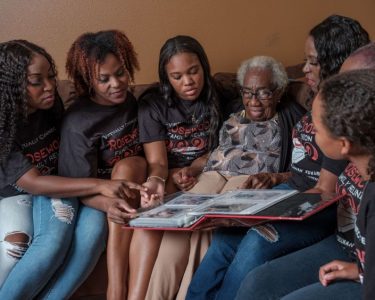 Making Amends for a Massacre: The Story of Rosewood’s Path to Reparations—And What America Can Learn From It. By Victor Luckerson / Time

In 1923, when Daniels was 3 years old, a white mob burned down the mostly Black enclave after a white woman in a nearby town of Sumner said she had been assaulted by a Black assailant. On a cold January night, Daniels and dozens of other Black Rosewood residents fled their homes into the central Florida swamps as armed white men bore down on their community. The story of the Rosewood massacre would lie dormant for decades, until a small group of living witnesses, aided by their media-savvy descendants and a powerful law firm, persuaded the Florida state legislature to award direct cash payments to nine survivors of the event. Read more 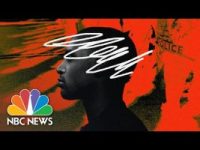 They feared ‘becoming the next hashtag.’ So these Black Americans went to live abroad. By NBC News Video

How can you escape racism in America? Many Black Americans like Roger Pearson and Imani Bashir find a happier life outside of the U.S. Watch here 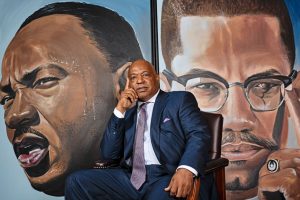 Black community leaders have been advocating for Black-owned banking ever since Emancipation, even more so since the civil rights reforms of the 1960s. The thesis: Banks operated by Black people would help communities that left slavery with scratch build wealth, unimpeded by the prejudice and suspicion of white bankers. Black ownership would further ensure that profits made off of Black money would stay in the fold. And Black banks would extend credit to borrowers that the big national banks perceived as too risky owing to their modest means. Read more 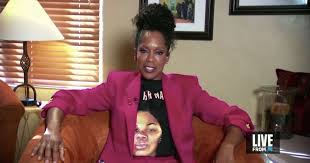 Nobody is doing it like Regina King. The actor on Sunday won her fourth Emmy award in six years, picking up the trophy in the Outstanding Lead Actress in a Limited Series or Movie category for her performance in HBO’s one-season-wonder “Watchmen.” King took home the same award in 2018 for her work in the short-lived Netflix series “Seven Seconds” before going on to win her first Oscar the following year for “If Beale Street Could Talk.” Read more 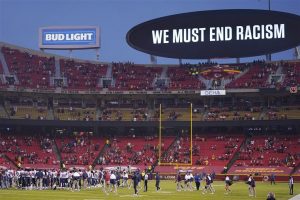 The Kansas City Chiefs game will be played on a field that says ‘End Racism.’ So why don’t they? By Simon Moya-Smith / NBC News

Every single sports team, professional or otherwise, with a Native American name, mascot and/or logo should have to change it or be banned from their field of play. And, since they’ll be playing on Sunday — for the second weekend in a row, on a field emblazoned with the words “End Racism” — why not start with the Kansas City Chiefs? They’re as bad as any in the bilious lot. Read more 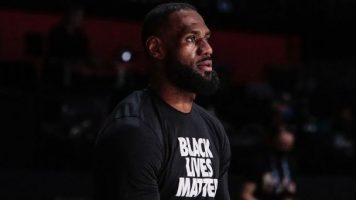 Black athletes were exhausted with bearing the dead on their shoulders. By Roger Reeves / The Undefeated

Exhausted by the pandemic and laboring inside the bubble that allowed the NBA to salvage its season and profits. Exhausted by the isolation. Exhausted by this latest summer of killings by the police and white supremacist vigilantes — George Floyd, Breonna Taylor, Ahmaud Arbery. They carried and carried and carried this exhaustion not only on their backs but in their mouths, carried the dead’s names into news conferences, interviews, conversations with other players inside the bubble. Read more 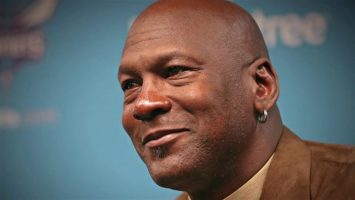 NBA legend Michael Jordan is trying his hand at another sport, starting up a NASCAR team with Bubba Wallace as the driver. Jordan announced Monday that he’s joining with three-time Daytona 500 winner Denny Hamlin to form a team that will compete in the NASCAR Cup Series starting next season. Read more