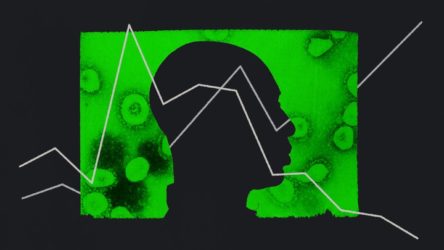 Featured – Stop Blaming Black People for Dying of the Coronavirus. By Ibram X. Kendi / The Atlantic

Amid all these data drops last week, a few antiracist voices came out of the wilderness, stood a brief moment at the clearing, then were moved back again into the wilderness. Today, the racial disparities are undeniable. But Americans don’t know for sure that there is racism behind those racial disparities. The racism itself remains deniable. So yet again, our voices are crying out in the wilderness for a miracle to save America from its original sin—the sin Americans can’t ever seem to confess. Read more

A few weeks ago, Hannah Sparks of The New York Post reported on “a morbid — and chillingly astute — new slang term for the coronavirus pandemic: boomer remover,” because the virus has proved particularly deadly for the elderly. But, because it is also disproportionately deadly for men and for African-Americans, I worry about how it will affect black men in particular, and have come to use another chilling term to characterize it: a “brother killer.” Read more

Free-market capitalism has brought progress throughout history. It has lifted millions of people out of poverty around the world. But it is not working for less educated Americans today. We do not know how many deaths there will be from the coronavirus, but it is possible that life expectancy will fall again from 2019 to 2020. Read more

Crisis is an opportunity. This is especially true for the “global right” and its racial authoritarians, along with other white neo-fascists, during the coronavirus pandemic. President Donald Trump is the de facto leader of that movement. They are using this crisis to engage in terrorism and other acts of political violence — along with other, deeper machinations — to advance their goal of undermining multiracial, pluralist democracy. Read more

Native Americans were already decimated by a virus. They’re scared it could happen again. By John Blake / CNN

The former vice president released a statement Friday calling for an end to the anti-Asian sentiment that has spread alongside the coronavirus. Biden slammed President Donald Trump’s lack of guidance on dealing with the uptick in racist attacks, as well as the president’s previous use of rhetoric like “Chinese virus.” Experts have warned that such language could put Asian Americans in harm’s way by perpetuating the racist association between the virus and people of Chinese descent. Read more

Also see,  For Asian Americans Like Me, Fighting Racism During The Pandemic Is An Act Of Survival. By Marina Fang / HuffPost

On April 14, 2020, President Obama endorsed Joe Biden For President. He noted Biden’s leadership on health care, climate change, and the 2008 recovery, and said that he believes that Biden is the person who can heal the country in the wake of the COVID-19 outbreak. With President Obama on our team, we’re going to unite our party and restore the soul of the nation. Together, we will defeat Donald Trump. Watch here

‘We Were Always Men.’ One hundred and fifty years ago, Frederick Douglass understood the link between voting rights and manhood for African-Americans. By Henry Louis Gates Jr. / NYT

Writing in The New York Times 150 years ago this April 11, Frederick Douglass celebrated the ratification of the 15th Amendment, which at long last banned racial discrimination in voting nationwide. He hailed the extension of the franchise to all eligible African-American men as a “revolution.” “We were always men,” he wrote. “Now we are citizens and men among men.” Read more

Did the KKK or a Pedophile Ring Murder Dozens of Black Children in Atlanta? By Cassie Da Costa / The Daily Beast

The HBO docuseries Atlanta’s Missing and Murdered: The Lost Children asks us to question not only the legitimacy of the U.S. legal system and law enforcement, but also the racial and class dynamics that underpin those very institutions and heavily influence the public’s ideas about guilt and innocence. Read more

The gap in the Graduation Success Rate (GSR) between Black and white NCAA Division I male basketball players has increased since last year. At the same time, teams with Black head coaches have a higher graduation rate. Those findings came from a study recently released by The Institute for Diversity and Ethics in Sport (TIDES) at the University of Central Florida. Read more

After Jackie: Players who followed Robinson to MLB also faced ongoing racism. By Andrew B. Distler / The Undefeated

The story of Jackie Robinson facing racist crowds in Philadelphia is well known. But this isn’t the story of Robinson, and the year isn’t 1947. It’s the story of Philadelphia Phillies third baseman Dick Allen, and the year is 1965 — almost two decades after Robinson broke the color barrier to become the first black MLB player in the 20th century.  Shown is Dick Allen who is among the scores of black baseball players, many of them largely forgotten, who followed in Robinson’s footsteps in the 1950s and ’60s. Fans attacked their homes, teammates shunned them, owners abused them. Yet there are no biopics about them, few schoolchildren learn their stories and, unlike Robinson, there is no day on the baseball calendar to celebrate and appreciate them as the trailblazers they are. Read more

Also see, It’s Jackie Robinson Day on Wednesday. Here’s how you can watch him play. By Bill Shaikin / LA Times

ESPN’s MJ Documentary Shows the Power of 30 for 30 — Even Though It Isn’t One. By Will Leitch / New York Magazine

The Last Dance, the long-awaited ten-part documentary about the final season of Michael Jordan’s Chicago Bulls dynasty, debuts Sunday night at 9 p.m., airing two episodes every week through May 17. The series reportedly features never-before-seen footage of that traveling road show of a team, as well as exclusive interviews with Jordan, Kobe Bryant, Barack Obama, and hundreds of others. Read more

Damien Chazelle (Whiplash, La La Land, First Man) is wading into the world of the miniseries with The Eddy, a French musical drama scheduled to arrive on May 8th on Netflix. The first trailer for the show was released Tuesday. The series stars André Holland (Moonlight) as Elliott Udo, a once-renowned jazz musician from New York who now runs a small club called the Eddy in a multiracial Paris neighborhood. As Udo struggles to keep the club open and manage its house band, he learns that his partner has been involved in shady dealings that could jeopardize the whole business. On top of that, his daughter, played by Amandla Stenberg, shows up in Paris unexpectedly and asks him to return to New York. Watch here

The Veterans : The journey of black actresses in Hollywood is hard and steep, though a number of women have fought the odds to the top over long and distinguished careers. They’re not done yet. By Brian Keith Jackson / NYT

Extraordinary African-American actresses, including Halle Berry, Angela Bassett and Taraji P. Henson, remember their first roles and discuss the solidarity they feel with one another. Read more and Watch here

Erased from utopia: the hidden history of LA’s black and brown resistance. By Mike Davis and Jon Wiener / The Guardian

In an extract from Set the Night on Fire: LA in the Sixties, Mike Davis and Jon Wiener look past the sun and surf to a radical fight for equality and justice. Edited out of utopia was the existence of a rapidly growing population of more than 1 million people of African, Asian, and Mexican ancestry. Their kids were restricted to a handful of beaches; everywhere else, they risked arrest by local cops or beatings by white gangs. As a result, Black surfers were almost as rare in LA as unicorns. Economic opportunity was also rationed.  Read more

A woman who was taken from Africa when she was just two years old has been identified as the last known survivor of the transatlantic slave trade. Matilda McCrear was taken from West Africa to Mobile, Alabama, on board the last slave transport ship, the Clotilda, in July 1860, a UK researcher has discovered, uncovering the life of a remarkable woman. She died in 1940 when she was 81 or 82. McCrear’s grandson, Johnny Crear, now 83 years old, said he had “no idea” she had been on the Clotilda and said the new information will help him trace his family tree. Read more