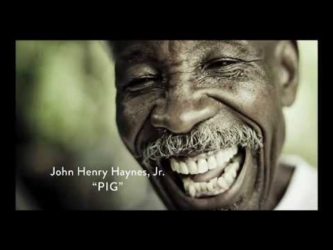 Featured – Lessons in Self- Sufficiency. The Blacks of Pin Point Georgia.  A Documentary Directed by Jeff Bednarz / You Tube

For nearly one hundred years, Pin Point was isolated and self sustained, an enclave founded by first-generation freed slaves where family, religion and work were deeply connected to the water. Today, it is the last of its kind. Watch here

If you find yourself in tears watching the visual for Alicia Keys’ new song, know that the singer had the same reaction the first time she saw it. Watch here

Covid-19 pandemic shines a light on a new kind of class divide and its inequalities. By Robert Reich / The Guardian

The Covid-19 pandemic is putting the deepening class divide in America into stark relief. Four new classes are emerging: The Remotes, The Essentials, The Unpaid and The Forgotten. Must read

The Burden of Dangerous Work Must Be Shared by All. By Jeet Heer / The Nation

Martin Luther King Jr. Predicted This Moment. The coronavirus shows us clearer than ever before that “all labor has dignity.” By Gene Sperling / NYT

Coronavirus Is Not Just a Health Crisis—It’s an Environmental Justice Crisis. The pandemic is exposing a long history of environmental inequality. By Yvette Cabrera / Mother Jones

An analysis published by the Los Angeles Times on Saturday reveals that Black and Latino Californians aged 18 to 64 are dying at higher rates than their white or Asian peers, relative to population, as the pandemic continues to highlight deep inequalities across the country. Read more

Coronavirus outbreaks have transformed prisons into hot spots of infection, and among the societal inequalities the pandemic is exposing along the fault lines of race, class, and gender are some of the lesser known realities of mass incarceration, particularly those facing black women. Read more

There’s one thing that distinguishes the nursing homes in New York that have reported patient deaths from COVID-19. According to an NPR analysis, they are far more likely to be made up of people of color. Seven of the 11 nursing homes with the highest number of deaths report that 46 percent or more of their residents are “non-white.” Most of these “non-white” residents are black and latinx. At one facility, the Franklin Center for Rehabilitation and Nursing in Queens, which reported 45 deaths, 80 percent of the residents are minority, including 47 percent who are Asian. Read more

The covid-19 racial disparities could be even worse than we think. By Ronald J. Daniels and Marc H. Morial / Wash Post

“If bitterness were a whetstone”: On Grief, History, and COVID-19. By Elise A. Mitchell / AAIHS

Psychologist John Gartner: Trump is a “sexual sadist” who is “actively engaging in sabotage.” By Chauncey DeVega / Salon

Psychologist and psychotherapist John Gartner, contributor to the bestselling book “The Dangerous Case of Donald Trump” and co-founder of the Duty to WARN PAC, has an answer: Donald Trump is a malignant narcissist. Our president’s mental pathologies inexorably compel him to hurt and kill large numbers of people — including his own supporters. Read more

Trump Turns Shared American Experiences Into Us vs. Them. By Mark Leibovich / NYT

Donald Trump set to fall back on xenophobia with re-election plan in tatters. By David Smith / The Guardian

A recent study by the New York Fed classified nearly three-quarters of white-owned firms as “healthy” or “stable,” while only 43 percent of black-owned businesses earned those ratings. “From the moment W.E.B. DuBois started collecting data through today, most black businesses are tiny—‘pebbles on the shore of business enterprise,’ he called them,” UC Irvine’s Baradaran explains. “They’re undercapitalized and highly vulnerable to any dip or sway in the economy.” Read more

Her group recently surveyed registered black voters in swing states and found that 4-in-10 had concerns about voting by mail, a process only 36 percent had experience with. Even with the ongoing pandemic, voting-in-person was about tied with vote-by-mail when the survey-takers were asked their preferred method for November’s election. Read more

St. James Parish is a nearly majority black parish of about 21,000 people. It sits halfway between New Orleans and Baton Rouge — along an 85-mile stretch that is home to more than 200 chemical plants and refineries. Even before the coronavirus arrived, there was so much sickness and death in that corridor of southeastern Louisiana that it’s been given the nickname Cancer Alley. And more recently, Death Alley. Read more

San Francisco had the 1918 flu under control. And then it lifted the restrictions. By Dartunorro Clark / NBC News

It was Nov. 21, 1918, and San Francisco residents gathered in the streets to celebrate not only the recent end of World War I and the Allies’ victory, but also the end of an onerous ordinance that shut down the city and required all residents and visitors to wear face coverings in public to stop the spread of the so-called Spanish flu. But shortly after the New Year in 1919, the city was hit with 600 new cases in one day, prompting the Board of Supervisors to re-enact the mandatory mask ordinance. Read more

Singapore Contained the Coronavirus for Months. Now It Has One of the Worst Outbreaks in Asia. By Chloe Hadavas / Slate

Pressure has been growing on Mr. Biden to choose a black woman to inspire black turnout this fall and not take it for granted. The Rev. Al Sharpton, for instance, who speaks to Mr. Biden regularly, is to announce his support for Ms. Abrams as vice president as soon as next week, according to those familiar with his plans. Ms. Harris, who has statewide and national experience, is seen in the Biden camp as a more likely pick than Ms. Abrams, who was a state legislative leader for a decade before losing her bid for governor. Read more

It’s George Wallace’s World Now. Wallace never won the presidency, but the base he mobilized has found a home in today’s Republican Party. By Jonathan Rauch / The Atlantic

The republican party has been taken over by an unscrupulous populist demagogue. His loyalty is to himself, not to his party or any ideology. He glories in violating political norms. He trashes liberals and government bureaucrats but has no use for limiting the government’s powers—at least, not his own powers. He has no problem with deficit spending, provided he can direct it to his base. The politician I speak of is, of course, George Corley Wallace. Read more

The Life and Death of Jerry Givens, Virginia Executioner-Turned- Abolitionist. By Liliana Segura / The Intercept

Over time, Givens’s views on the death penalty evolved. What he once saw as a job he did as professionally and humanely as possible became a practice that he could no longer defend. He became a public figure, speaking to reporters and testifying at legislative hearings. “I never remember him turning down a request to speak or to be interviewed,” Stone said. “He would even happily talk to high school kids doing papers about the death penalty.”  Read more

West directed his team to provide what we feel is an authentic numeric look into Kanye, Inc. Three things became clear from this exercise. First, it reinforces why we put him on the cover in the first place—West, in just a few years, has created a brand that’s challenging Nike’s Air Jordan for sneaker world supremacy. It’s one of the great retail stories of the century. Read more

Jordan Love, Jalen Hurts and the next wave of black QBs in the NFL. By Jason Reid / The Undefeated

While starting at quarterback for the University of Oklahoma, 2019 Heisman Trophy finalist Jalen Hurts also kept an eye on the groundbreaking performance of black passers at football’s highest level. Last season was the Year of the Black Quarterback in the NFL, and Hurts is eager to join a group that has changed the game. Read more