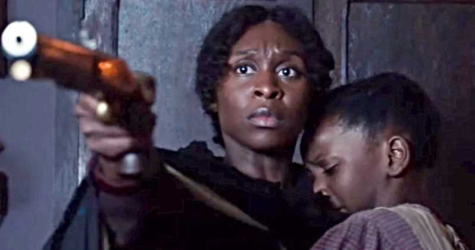 What might be called the Oscars’ “Harriet Tubman Problem” reflects aspects of American popular culture that remain more receptive to historic tropes of blackness than films that display the full and complex humanity of contemporary African American life. The Academy’s most blatant oversight on this score proved to be “Queen and Slim,” perhaps the most magisterial depiction of black love flowering against the backdrop of impending death ever made. Read more  Also see, Stop Blaming History for Your All-White, All-Male Movie

They say to go where you’re appreciated. On Wednesday night, that place was the annual awards ceremony of the African American Film Critics Association. Hundreds gathered at the Taglyan Multicultural Complex here as the organization — of which I am a voting member — handed out awards in 13 categories, including best film, director, actor and actress. “I can guarantee some black people are gonna win awards tonight. It’s a 90 percent chance,” joked the night’s host, Lil Rel Howry. Read more

In 1923, a group of white women wanted to build what they called a “monument to the faithful colored mammies” in Washington. These women, members of the United Daughters of the Confederacy, pressed lawmakers in Congress to introduce a bill. The Senate passed it, but the bill stalled in the House after fierce opposition from black women, including Mary Church Terrell and Hallie Quinn Brown, members of the National Association of Colored Women. Read more

Our Ancestors Were Sold to Save Georgetown. ‘$400,000 Is Not Going to Do It.’ By DaVita Robinson, Valerie White and Maxine Crump / NYT

Georgetown University is one of the country’s top-ranked schools and has a roughly $1.6 billion endowment. But in 1838, the university was facing financial ruin. So the Jesuit priests, who ran Georgetown, sold 272 enslaved people to three plantations in Louisiana for $115,000 — or the equivalent of about $3.3 million in today’s dollars to keep their doors open. That’s how the ancestors of DaVita Robinson, Valerie White, Maxine Crump — all descendants of the 272 and featured in the Video Op-Ed above — ended up in Louisiana. Watch here

Virginia is one step closer to ending its tradition of honoring Confederate generals. This week, the Virginia House voted to strike Lee-Jackson Day from the list of state holidays. The holiday, observed on the Friday before Martin Luther King, Jr. Day in January, honors Robert E. Lee and Thomas “Stonewall” Jackson as “defenders of causes.” Both men owned slaves and fought to preserve slavery in the US. Read more

Roughly 100 white supremacists chanted their way through the nation’s capital on Saturday, in the latest display of cowardice to come from the white nationalist movement. Clad uniformly in khaki pants, blue shirts, blue winter coats, and branded khaki hats, Reuters reported that, with their faces covered, the craven members of SLPC-designated hate group Patriot Front strolled from the Lincoln Memorial to the U.S. Capitol before ending their hatred stroll at a Union Station Walmart. Read more

Virginia can take a step toward racial justice with marijuana reform. By Brad Haywood and Sean Perryman / Wash Post

Despite that African Americans and white people use marijuana at roughly equal rates, black Americans are three-and-a-half times more likely to be arrested for marijuana possession than their white counterparts. At the start of this legislative session, a new Democratic majority announced that much-needed reform was finally on the agenda. Weeks into the session, however, it appears Democrats are poised to pass legislation that would leave Virginia stuck with the worst feature of the status quo: racially unequal policing of the drug. Read more

African Americans who reported more experiences with racial discrimination are likely to age faster, adding to evidence that racism is not only a “social and moral dilemma” but also a “public health issue,” according to an Auburn University study published last month. Read more

“It dawned upon me with a certain suddenness that I was different from the others; or like, mayhap, in heart and life and longing, but shut out from their world by a vast veil.” Read more

A momentous anniversary in American history came and went this week, almost unnoticed: The 15th Amendment to the Constitution, which prohibits denying or abridging the right to vote on the  basis of race, was ratified 150 years ago, on Feb. 3, 1870.e. But for all the good it did, the 15th Amendment had a central flaw: Its words were cast in the negative. It told the states what they could not do — “shall not be denied or abridged.” It did not tell people they had an affirmative right to vote. Read more

After a string of inmate deaths in Mississippi that began late last year, the Justice Department announced Wednesday that it is opening a civil rights probe into the state’s penitentiary system. The department’s civil rights division says it will examine conditions at four Mississippi prisons, including the state penitentiary at Parchman, the state’s oldest, where a prison riot broke out on Dec. 29 after an inmate was killed. The all-male prison includes the state’s death row. Read more

On Tuesday, Mfume secured a win in a special Democratic primary election that opens the door for him to finish out the late Rep. Elijah Cummings’ term in Maryland’s 7th Congressional District. He’s been returning calls for press requests ever since. I finally got ahold of him on Thursday afternoon to ask him what he plans to do if elected. Read more

The new commissioner of the nation’s fourth-largest city police force will start work Monday amid a surge in homicides and calls for action to address ongoing allegations of racism and gender discrimination. Danielle Outlaw, the former police chief of Portland, Oregon, was chosen by Philadelphia Mayor Jim Kenney from a pool of more than 30 candidates to take the helm of the 6,500-officer force. Outlaw will be the first black woman to hold the position in Philadelphia. Read more

Koffee, the 19-year-old wunderkind out of Jamaica’s Spanish Town, became the first female artist ever to take home the Grammy for best reggae album at this year’s recent awards show. Her Rapture is a quiver of just five songs that are remarkable for their lyrical ingenuity and positive messaging. The track “Toast” even landed on the Obamas’ summer playlist. Read more

‘We Have to Face Reality’: Serena Williams’ Coach Says Something Needs to Change After Recent Losses. By Daryl Nelson / Atlanta Black Star

Since Williams and her husband Alexis Ohanian welcomed their daughter Alexis Olympia Ohanian Jr. on Sept. 1, 2017, the tennis pro has lost four major titles and was beaten in the third round of the Australian Open. “We have to accept the fact that it is not working,” said Mouratoglou. “Maybe come back with a different angle, a different strategy and different goals so she can make it.” Read more

The Simone Biles vault that might be too risky for the Olympics. By Emily Giambalvo / Wash Post

Widely considered the best gymnast of all time, Biles tweeted “2020” along with eyes emojis and a question mark, letting others consider the possibility of seeing this vault in competition. Will Biles actually perform this skill at the Tokyo Olympics or in other events this season? Probably not. But that mere chance, and the potential she showed in the video, will fuel discussions about Biles’s dominance in this sport. Read more