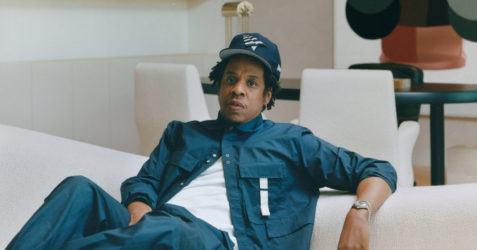 “The problem with the N.F.L. is you all think hip-hop is still a fad when hip-hop has been the dominant music form around the world for 20 years,” Jay-Z said to Robert Kraft, the owner of  the New England Patriots and the powerful chairman of the N.F. L.’s media committee. The outcome: a partnership between the N.F.L. and Roc Nation, Jay-Z’s sprawling company, that gives Jay-Z influence over the league’s most important music events, including the halftime show. This weekend’s far-more-consequential marquee event, the Super Bowl LIV halftime show at the Hard Rock Stadium in Miami Gardens, Fla., will star Shakira, a Roc Nation client, along with Jennifer Lopez. Read more

On Friday night, the Los Angeles Lakers took the floor at Staples Center for their first game since the helicopter crash that killed Kobe Bryant, his daughter Gianna, and seven others. After Boyz II Men sang the national anthem, LeBron James came to the center of the court and read the names of the nine people who died on Sunday: Alyssa Altobelli, John Altobelli, Keri Altobelli, Payton Chester, Sarah Chester, Christina Mauser, Ara Zobayan, Gianna Bryant, and Kobe Bryant. James then said the following: Watch here

Is the Black Quarterback Revolution Going to Last? By Elena Bergeron / NYT

In 2019, there were 12 black quarterbacks who started N.F.L. games, one shy of the watermark reached in five seasons in the early 2000s. But this season’s quarterbacks started a record 138 games, continuing an upward trend of black quarterbacks who sustain rather than spot-fill the role for franchises. Read more  Also see, Ravens’ Lamar Jackson is unanimous pick for NFL MVP after historic season

Sitting shoulder to shoulder on the Senate floor as they argue for the president’s removal from office, two men — Adam Schiff of California and Hakeem Jeffries of New York — have been catapulted to the front of the nation’s consciousness, to the top of the Democratic Party and have become the fulcrum for speculation about a host of prominent positions both in the House and beyond. Read more

Resist false hope: America under Trump is in big trouble, and there’s no going back. By Chauncey DeVega / Salon

For much of the American population, lifespans are getting shorter. The Republican Party’s policies are actually killing and hurting those Americans who are not rich. Loneliness and social atomization are increasing. Politically, the U.S. is paralyzed by extreme polarization and “negative partisanship,” especially among Republicans and conservatives. Donald Trump’s white rage politics are normalizing white supremacy and overt racism. Read more Also see, A Dishonorable Senate

Cory Booker’s Candidacy Forced Us to Examine the Root of Inequality in Schools. By Rann Miller / The Progressive

As a presidential candidate, Senator Cory Booker took a multi-pronged approach to addressing racial inequity in education: calling to triple Title I funding and replicating the best practices at high-quality charter schools, hoping their expansion could serve communities on an even larger scale. Read more

A nearly all-white Iowa town asked itself: ‘Why do we hate?’ By Tyrone Beason / LA Times

Jason Greer will never forget what it was like to be a black teenager in Dubuque when it tried to bring about racial healing after several hate crimes in the 1990s. Dubuque has tried repeatedly to make itself a welcoming place for people of color, and it has made strides over the years. But its efforts to eliminate hate and discrimination show how hard it is to confront racism — and how much is at stake for people of color who live in communities struggling to make amends for bigotry. Read more

It is fitting to open Black History Month by exploring the long history of relationships between and among the indigenous people of this land with African Americans. Many tribal nations, especially on the East Coast, have members of African ancestry. This should come as no surprise. From the time the first British colonists and settlers arrived and instituted African enslavement, there was contact and intermarriage between slaves, free men, and free women with the original owners of this land—who were themselves under attack and threatened with genocide. Read more

The Black Republic: A New Book about African Americans and Haiti. By AAIHS Editors

In The Black Republic, Brandon R. Byrd explores the ambivalent attitudes that African American leaders in the post-Civil War era held toward Haiti, the first and only Black republic in the Western Hemisphere. Following emancipation, African American leaders of all kinds — politicians, journalists, ministers, writers, educators, artists, and diplomats — identified new and urgent connections with Haiti, a nation long understood as an example of Black self-determination. They celebrated not only its diplomatic recognition by the United States but also the renewed relevance of the Haitian Revolution. Read more  Also see, W.E.B. Du Bois, Haiti, and US Imperialism

Last May, 400 years after shackled Africans first set foot in the English colony of Virginia, a team of underwater archaeologists announced that the charred, sunken remains of the Clotilda, the last known slave ship to reach U.S. shores, had been discovered near Mobile, Alabama. Read more

For some African Americans, reparations are within reach. In the past few years, several groups have found success pursuing restitution at the local level, instead of awaiting aid that the federal government is disinclined to give. New policies in Chicago and at Georgetown University suggest a specific set of conditions that could lead to action. Read more

We are moving toward a culture of big-tent beauty. One in which everyone is welcome. Everyone is beautiful. Everyone’s idealized version can be seen in the pages of magazines or on the runways of Paris. We have become more accepting because people have demanded it, protested for it, and used the bully pulpit of social media to shame beauty’s gatekeepers into opening the doors wider. Read more  Also see, Mid-South women of color fighting for rights to natural hair