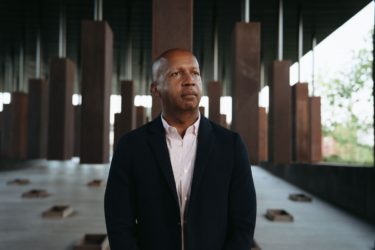 Featured – Bryan Stevenson on how America can heal. By Ezra Klein / Vox

What would it take for America to heal? To be the country it claims to be? This is the question that animates Bryan Stevenson’s career. Stevenson is the founder and executive director of the Equal Justice Initiative, a clinical professor at the New York University School of Law, a MacArthur “genius,” and the author of the remarkable book Just Mercy — which was recently turned into a feature film where Stevenson was played by Michael B. Jordan. This conversation is about truth and reconciliation in America — and about whether truth would actually lead to reconciliation in America. It’s about what the process of reckoning with our past sins and present wounds would look and feel and sound like. Read more

John Lewis’ Legacy Is the Right to Vote. And It’s Under Attack. By Ari Berman / Mother Jones

On March 1, as he was battling stage 4 cancer, John Lewis returned to Selma, Alabama, to commemorate the 55th anniversary of the Bloody Sunday march, when he was brutally beaten marching for voting rights. “We must go out and vote,” he told a crowd of thousands on the Edmund Pettus Bridge, “like we’ve never, ever voted before.” He urged the people gathered there to vote in order to “redeem the soul of America.” Read more

An Inside Look at Weeks of Demonstrations Following the Killing of George Floyd. By Katie Orlinsky / Mother Jones

Floyd’s killing is infuriatingly nothing new or different. But the outrage, activism, and protest it has inspired, the Black Lives Matter movement’s spread and influence, the calls to defund and abolish the police that are going beyond more of the same placating reforms, and the momentum of a movement that simply will not stop—all this is new. From my one small lens in this great big city, this time feels different. Read more

Trump’s Portland Offensive Fits a Long Pattern. Trump Is Determined to Split the Country in Two. By Ronald Brownstein / The Atlantic

New offensives against major cities from President Donald Trump and GOP governors are pushing at the central geographic fault line between the Republican and Democratic coalitions. On one front, Trump is taking his confrontational approach toward big cities to an ominous new level by deploying federal law-enforcement officials to Portland and potentially other locales over the objection of local officials. On the other, Republican governors, especially but not exclusively across the Sun Belt, have repeatedly blocked mostly Democratic local leaders from locking down their communities, despite exploding caseloads in cities from Atlanta to Phoenix. Read more

Related: The Border War in Portland. By Jamelle Bouie / NYT

Related: Trump once flirted with white nationalism. Now it’s a centerpiece of his White House. By Sean Collins / Vox

On The Daily Show Monday, former National Security Advisor and UN Ambassador Susan Rice spoke about watching President Donald Trump and his administration completely dump the pandemic plan she and others in the Obama administration formulated. Read more

The economic and health crisis brought on by the pandemic has struck Black Americans especially hard: from their prevalence among workers in essential high-risk fields, to their disproportionate share of deaths, to extensive job losses. But the racial disparities didn’t begin with the virus. National unemployment numbers that now seem unprecedented for workers as a whole have been a daily reality for many Black communities for decades. See how different groups have experienced unemployment in the graphic below. Read more

Related: Black men face high discrimination and depression, even as their education and incomes rise. By Shervin Assari and T.J. Curry / The Conversation

Details of the Aug. 28 rally for criminal justice revisions — the “Get Your Knee Off Our Necks” march — have begun to crystallize in recent days as the Rev. Al Sharpton announced a lineup of speakers and the NAACP unveiled plans Monday to supplement the protest with three days of digital programming meant to reach those unable to attend the march. Read more

More than 250 prominent Asian American and Pacific Islanders (AAPI) have endorsed Joe Biden. The diverse group includes members of the Democratic National Committee and elected officials, as well as a few leaders in the arts. David Chiu, who was the first Chinese American to serve as president on the San Francisco Board of Supervisors and is the current chair of the California Asian & Pacific Islander Legislative Caucus, and actor Lou Diamond Philips are among the noteworthy names. Read more

Pentagon’s No. 2 Officer Says Military Must Do Better On Diversity. By Tom Bowman / NPR

Hyten said for the most part, he’s told by the enlisted personnel and officers he meets that they want “more meaningful change.” “And what they point out to me is that when they look at the Joint Chiefs of Staff, they see all old white males and they say, ‘I would like to see a military …. see myself in the most senior leadership positions in terms of myself in terms of my background, my race, my sex.” Read more

Albert Law had checked into the Hilton Richmond Downtown in Virginia’s capital and was waiting in the lobby when a security guard approached him with a question. It floored him. “Do you belong here?” the guard inquired, demanding to see his room key and identification. As the only Black person seated near several white people – none of whom was asked the same question – Law was deeply offended, he said in an interview. Read more

A 60-year-old chain link fence at a cemetery in Texas has just come down. And while its removal may seem unremarkable, for community members, that fence was a reminder of segregation that once existed in the town. A metal barrier was the separation between burial areas at Cedars Memorial Gardens in Mineola, Texas, a town about 80 miles east of Dallas. Black people were buried on one side while Whites were buried on another. Each side is owned by a separate cemetery association, not by the city. Read more

Justice Grisby, like every other student in Holmes County School District, knew about the paddle. Long, smooth and wooden, it was kept locked away in the principal’s office, except for the occasions it was taken out and used as a weapon of punishment.  Most states ban corporal punishment in schools. But Grisby lives in Mississippi, a state that not only allows it, but has the highest rate of the practice in the country. For almost a century, Mississippi was one of the nation’s leaders in another category of punishment: lynching. Read more

Viola Davis: “My Entire Life Has Been a Protest.” By Sonia Saraiya / Vanity Fair

Davis credits the power of her work to the despair of her impoverished childhood in Central Falls, Rhode Island. The fifth of six children, with an alcoholic and sometimes violent father, the young Viola Davis was often in trouble at school, hungry, and unwashed. Her family couldn’t always afford laundry and soap, let alone breakfast and dinner. She wet the bed until she was 14 and sometimes went to school stinking of urine. “When I was younger,” says Davis, “I did not exert my voice because I did not feel worthy of having a voice.” Read more

McGrady and O’Neal, who have 13 N.B.A. All-Star appearances between them, said in a phone interview that they plan to open a player representation agency this fall. They will call it Seven1 Sports Group and Entertainment. McGrady and O’Neal, who both are 41 and live in Texas, said they were secure financially but felt a pull to forge a new path in their post-playing careers after discussing the matter regularly over the past two years. Read more

Chance the Rapper’s Art and Activism, and the Perils of Prison Reform. By David Remnick / The New Yorker Radio Hour

Chance is one of the biggest stars in hip-hop, and one of the most political musicians working today. In the midst of nationwide protests for racial justice, he talks with David Remnick about his commitment to the city of Chicago and his journey toward calling himself an activist. Plus: Sarah Stillman interviews two journalists and prison abolitionists who examine how policies designed to end mass incarceration end up expanding the reach of the prison-industrial system. Read more

Will the MLB Confront Its Racist History? By Peter Dreier / Dissent

Like the rest of the country, baseball is now having its own reckoning with iconic figures from its past who were also racists. So far, no one has called on the Baseball Hall of Fame in Cooperstown, New York, to remove the most blatantly racist players from its hallowed halls—such as Cap Anson (the player-manager who established baseball’s color line in the 1880s), or Ty Cobb, Tris Speaker, and Rogers Hornsby, early 1900s stars whom some researchers allege were members of the Ku Klux Klan. Read more

“Going to an HBCU wouldn’t be too bad,” he wrote. The person behind the Twitter post, which quickly went viral, is one of the most sought-after college basketball recruits of the Class of 2023: 16-year-old Mikey Williams. If he were to attend a historically Black college or university, Williams would become one of the highest-rated athletes to do so post-integration. Read more