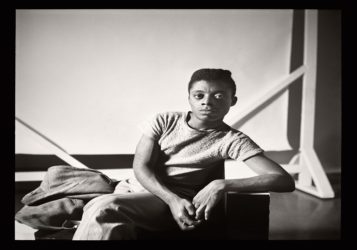 Featured – Letter from a Region in My Mind. By James Baldwin / The New Yorker

From 1962: “Whatever white people do not know about Negroes reveals, precisely and inexorably, what they do not know about themselves. Everything now, we must assume, is in our hands; we have no right to assume otherwise. If we—and now I mean the relatively conscious whites and the relatively conscious blacks, who must, like lovers, insist on, or create, the consciousness of the others—do not falter in our duty now, we may be able, handful that we are, to end the racial nightmare, and achieve our country, and change the history of the world. If we do not now dare everything, the fulfillment of that prophecy, re-created from the Bible in song by a slave, is upon us: God gave Noah the rainbow sign, No more water, the fire next time! “   Read more