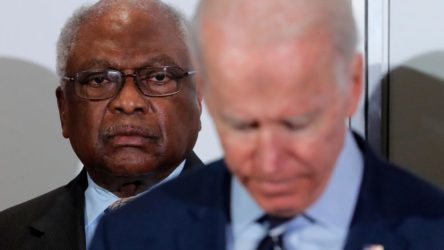 As the dust settles on Super Tuesday, one thing has become abundantly clear: Underestimate black voters at your own peril. Not even five days ago, former Vice President Joe Biden’s bid for the 2020 Democratic nomination seemed as if it had hit a snag following a string of disappointing performances throughout February. But then there was the South Carolina primary — the beginning of Biden’s bounceback. Propelled by the coveted endorsement of the Palmetto State’s Jim Clyburn — a kingmaker and the highest-ranking black American in Congress — as well as by the state’s majority-black Democratic electorate, Biden trounced Sanders by nearly 30 points. Read more  Also see, Black Voters Didn’t Vote for Biden in South Carolina Because They ‘Lack Information.’

Latino voters boosted Sen. Bernie Sanders on Super Tuesday, coming through for him after a big investment in the community by his presidential campaign. Even though it was not enough to deliver Texas for him, Sanders won 41 percent of the Latino vote in the state, according to the NBC News exit poll. That’s a big jump from 2016, when he won 29 percent. Read more

Texas has shuttered more polling places than any other state since 2012 and most of the closures disproportionately hit black and Latino areas, according to a new analysis by The Guardian. Texas has closed 750 polling locations since 2012, the Leadership Conference Education Fund, a civil rights group, reported last year. The state had one polling place for every 4,000 residents in 2012, but that number rose to 7,700 residents by 2018. The Guardian’s analysis found that the overwhelming majority of closures came in areas that saw the largest increase in black and Latino residents. Read more

A new report shows freedom is declining in established democracies — including ours. By Max Boot / Wash Post

When critics of President Trump argue that he is a threat to democracy, his supporters tell us to relax. No one is being exiled to Alaska or locked up for criticizing the supreme leader. The courts, Congress and the media all continue to function. Elections aren’t being canceled. All true, but it offers scant comfort given the historical experience of how other countries have lost their freedom. There is seldom a moment of clarity, at least not early on, when a dictator announces that democracy has been abolished. Much more common is for aspiring autocrats to chip away at the foundations of liberal democracy — judicial independence, freedom of the press, minority rights, an apolitical civil service and so on — while maintaining its facade. Read more

Miranda’s rebellion: The reckonings of one of the South’s white suburban women, whose loyalty is key to whether Trump is reelected. By Stephanie McCrummen / Wash Post


She is 39, a high school English teacher with a PhD and part of a voting demographic whose rebellion could upend the political map of the country: not just suburban women, not just white suburban women, but white suburban women in the South, whose loyalty Trump will need to remain in power. It is the kind of loyalty that has always been expected of white Southern women, who have long played a role as allies of the status quo. This was true during the days of slavery, then the days of segregation, and held true when the women’s rights movement arrived and white Southern women joined the conservative movement instead, rallying to the slogan, “Stop Taking Our Privileges.” In all the decades that followed, it has been the votes of white Southern women that have defined and shored up the modern Republican Party. Read more

Trump Has His Sights Set on Black Voters. By Thomas B. Edsall / NYT

The Trump campaign is investing more money and resources in an attempt to attract African-American voters than any Republican presidential campaign in recent memory. For Trump, the effort became all the more crucial as the Super Tuesday primaries demonstrated Joe Biden’s strong appeal to black voters. Exit polls showed Biden winning 57 percent of the votes cast by African-Americans on Tuesday, 40 points higher than his closest competitor, Bernie Sanders, at 17 percent. Read more

Charlottesville will celebrate the end of slavery as an official holiday instead of Thomas Jefferson’s birthday. By Alaa Elassar / CNN

For the first time since World War II, the city where Thomas Jefferson once called home is no longer considering his birthday an official holiday. Instead, the city of Charlottesville, Virginia, has replaced celebrating Jefferson’s birthday with a new holiday — Liberation and Freedom Day — to mark the beginning of emancipation for 14,000 enslaved residents. On March 3, Charlottesville commemorates the day Union troops arrived in 1865 at the end of the Civil War when city officials surrendered and the slaves were freed. Read more

The Long Struggle Against Educational Injustice. By AAIHS Editors

Conversations in Black Freedom Studies (CBFS) is a monthly discussion series held at the Schomburg Center for Research in Black Culture. Curated by Jeanne Theoharis and Komozi Woodard, the series was established as a space to discuss the latest scholarship in Black freedom studies, bringing the campus and community together as scholars and activists challenge the older geography, leadership, ideology, culture, and chronology of Civil Rights historiography.  In anticipation of the discussion on the Long Struggle Against Educational Injustice, scheduled for March 5th, we are highlighting the scholarship of their three guests. Read more 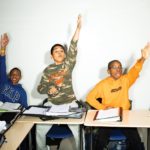 Prep for Prep and the Fault Lines in New York’s Schools. By Vinson Cunningham / The New Yorker

Simons knew that there were bright but understimulated kids all over the city. Maybe, he thought, he could place more of them at schools worthy of their talents—new lilies in the old soil of élite education. In 1978, he secured funds from Columbia and from a Sears in the Bronx, hired a few teachers, and got space for classes at the Trinity School, on the Upper West Side. Trinity’s headmaster, Robin Lester, became an evangelist for Simons’s mission. “I used to call him St. Gary,” Lester told me. Most of Lester’s peers didn’t see a fresh influx of minority talent as a top priority, but a few younger admissions officials and school heads, shaped politically by the civil-rights movement, were immediately on board. The plan that Simons had outlined for Prep for Prep echoed the approach of A Better Chance, a national organization that was founded in 1963 to help poor black students and now focusses on ethnic diversity without attention to income. Read more

The film, whose tagline is “Be brave, Be heard, Believe,” tells the real-life story of a struggling single mom in a rough neighborhood in Washington, DC. Unwilling to see her 15-year-old son “drop out and deal drugs, she places him in a private school,” reads the movie’s official description. Now available on Netflix.  Read more

Why Charter Schools Are Failing Black Students. By Rann Miller / The Progressive

The desexualization of the Asian American male. By Andrew Kung / CNN

I always knew that, as an Asian American man growing up in the United States, I wasn’t as desirable or “American” as my peers. As a kid, I never saw Asian men dating outside of our race, or with white women especially. Non-Asian women felt inaccessible, fueling a preexisting feeling of invisibility — one driven by micro-aggressions, a lack of representation and, ultimately, stereotypes that painted us as passive, emasculated boys lacking sex appeal and a voice. Read more

Members of Congress unite in call for Baseball Hall of Fame to elect Curt Flood. By William C. Rhoden / The Undefeated

With Congress racked by division and discord, U.S. Rep. David Trone was looking for a cause — any cause — that Republicans and Democrats could embrace. Trone found it: Curt Flood’s long overdue induction into the National Baseball Hall of Fame. On Thursday, Trone (D-Md.) and three colleagues, Rep. William Lacy Clay (D-Mo.), Rep. Ann Wagner (R-Mo.) and Sen. Roy Blunt (R-Mo.) held a news conference in Washington. The bipartisan group called on the Hall of Fame’s Golden Era Committee to nominate and elect Flood when the committee meets in December. Read more